Similar troubles with faked or unauthorized inspections have tarnished the image of other major manufacturers such as Nissan Motor Co. and Kobe Steel. 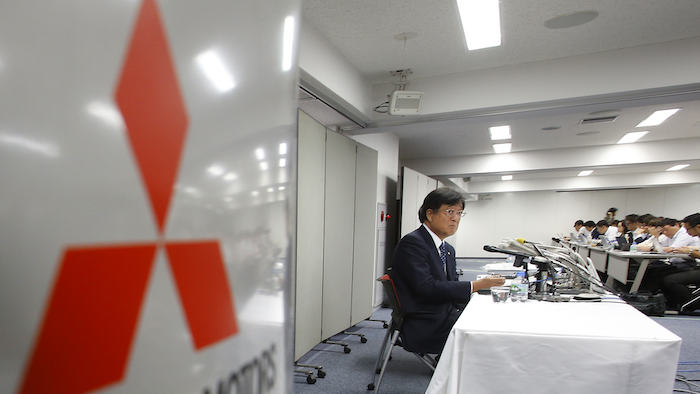 Mitsubishi Materials Corp., a maker of components used to make autos, aircraft and electricity generation equipment, apologized Friday for faked quality data by some of its subsidiaries.

Executives of the company bowed before reporters as they reported on the problem, which was announced Thursday during a public holiday.

Similar troubles with faked or unauthorized inspections have tarnished the image of other major manufacturers such as Nissan Motor Co., Subaru Corp. and Kobe Steel.

The repeated disclosures of such practices by some of Japan's most respected companies have prompted automakers, aircraft manufacturers and other customers to conduct their own investigations to ensure safety had not been compromised.

"We will make every effort to prevent this from happening again and to improve our internal controls, comply with the law and win back our customers' trust," Akira Takeuchi, Mitsubishi Materials' CEO said.

The company, which submitted a report to the government Friday, said three of its subsidiaries faked data on products to meet specifications. It said Mitsubishi Cable faked data on O-ring sealing products used on metal parts such as pipe fittings. Mitsubishi Shindoh Co. fiddled with data on copper products, it said. Similar problems were found at Mitsubishi Aluminum Co., it said.

At Mitsubishi Cable, the practice was discovered earlier this year after an internal audit in December 2016 but only reported in late October, when the company ordered shipments of affected products to be stopped.

Local media cited the economy minister, Hiroshige Seko, telling reporters Friday he was asking Mitsubishi Materials why it waited more than six months to report the problem after it was discovered.

Kobe Steel reported Friday that it had confirmed the safety of products supplied to 484 of the 525 companies that it had supplied with "nonconforming products."