New Jersey Gov.-elect Phil Murphy said Monday he'd like to reach $15 over three or four years, but stressed that specifics had yet to be worked out. 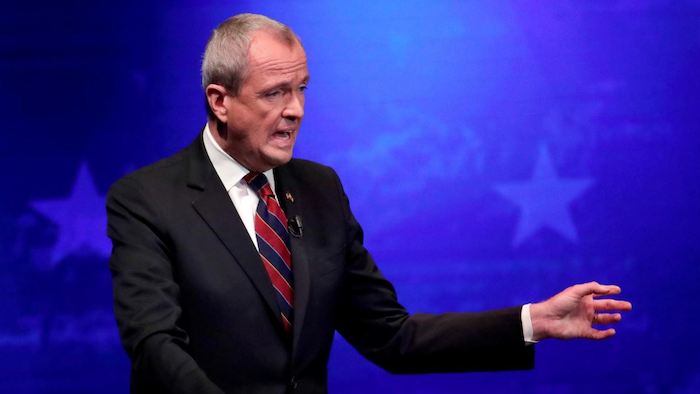 New Jersey will move toward a $15 minimum wage next year, Democratic Gov.-elect Phil Murphy pledged on Monday alongside fellow Democrats who control the Legislature.

"This is as high on the priority list as anything we've got," said Murphy, who made a $15 minimum wage a centerpiece of his campaign, but stopped short of promising the legislation would be the first he enacts.

Murphy said Monday he'd like to reach $15 over three or four years, but stressed that specifics had yet to be worked out. Details of the bill were not immediately available.

Republican Gov. Chris Christie vetoed a bill that phased in the minimum wage hike to $15 over five years last year, saying that it would hurt small businesses and represented the "heavy hand of government."

But Murphy campaigned on the issue and defeated Christie's top deputy, Republican Lt. Gov. Kim Guadagno, by about 13 points.

Murphy and the Democratic lawmakers sought to nationalize the issue, contrasting it to Republican efforts to overhaul the tax code, including lowering rates on the country's top earners.

"It's like Robin Hood in reverse, you're taking from the poor and giving to the rich," said Norcross, who has sponsored federal legislation to increase the minimum wage.

Appearing alongside the Democratic leaders was nursing assistant Ella Moton, of Jersey City, who said she makes $11.59 an hour and sometimes cannot afford to pay to keep her electricity on. She said it was "way past time" to raise the minimum wage to $15 an hour.

New Jersey's current minimum wage is $8.44 an hour and is set to rise to $8.60 in January. The current wage was set under a constitutional amendment in 2013 that provided for raising the rate from $7.25 to $8.25, and thereafter according to inflation.

Under the bill Christie vetoed, the wage would have risen to $10.10 an hour and reached $15 after five years.