Thyssenkrupp and Tata Steel signed a preliminary deal on Wednesday to merge their European steel operations. 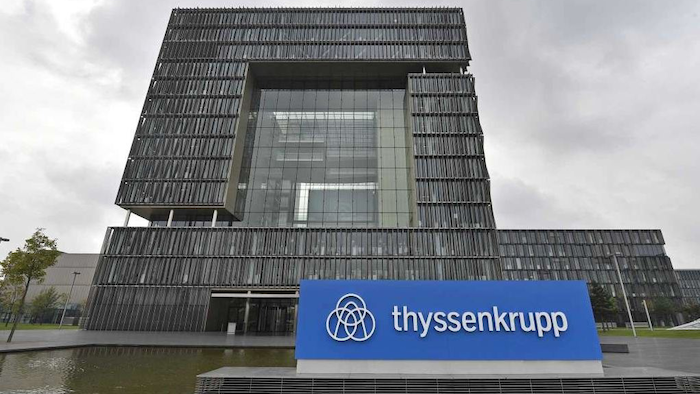 Germany's Thyssenkrupp and Tata Steel of India signed a preliminary deal on Wednesday to merge their European steel operations, a combination that could lead to up to 4,000 job cuts.

The move to create Europe's second-largest steel company is an effort to consolidate the industry, which has long struggled with excess capacity and competition, particularly from China.

The two firms signed a memorandum of understanding to form a 50-50 joint venture in a non-cash deal. Negotiations about details are to be concluded in time for a formal signing of the transaction at the beginning of 2018, and the merger of the second- and third-biggest players in Europe will require approval from the companies' boards and from antitrust authorities.

The proposed merger, the result of talks first disclosed more than a year ago, would produce a company with revenue of about 15 billion euros ($18 billion) per year, shipments worth 21 million tons a year and, at present, some 48,000 employees. The companies expect to save between 400 million euros and 600 million euros ($479 million and $718 million) in costs per year by integrating activities including research and development.

The new entity is to be called Thyssenkrupp Tata Steel and be managed by what Thyssenkrupp called a "lean holding company" based in the Netherlands. Up to 2,000 administrative jobs and up to 2,000 jobs in production will likely be cut, with the impact shared between both sides, Thyssenkrupp said.

"We will not be putting any measures into effect in the joint venture that we would not have had to adopt on our own," Thyssenkrupp CEO Heinrich Hiesinger said in a statement. "On the contrary: by combining our steel activities, the burdens for each partner are lower than they would have been on a stand-alone basis."

The combined company will have major hubs in Duisburg, Germany; IJMuiden, the Netherlands; and Port Talbot, Wales.

Shares in Thyssenkrupp AG were up 3.9 percent in Frankfurt while Tata Steel was 1.6 percent higher on the Bombay Stock Exchange.

Dutch Prime Minister Mark Rutte welcomed the deal, saying on Twitter that it "will strengthen the leading role of Tata Steel IJmuiden as one of the most efficient and sustainable steel mills in the world."

Officials in Germany, which holds an election on Sunday, responded more cautiously. Labor Minister Andrea Nahles said that sites in Germany must be maintained and compulsory layoffs ruled out, and that "there must not be a merger at any price."

"It is important that, in the case of a merger, the company headquarters is in Germany" to preserve the current form of employee participation in company decisions, she added.

In Britain, Business Secretary Greg Clark said the announcement was an "important step" for the steel industry. Labor unions welcomed it cautiously.

"As always, the devil will be in the detail and we are seeking further assurances on jobs, investment and future production across the U.K. operations," said Roy Rickhuss, the general secretary of the Community union.