President Donald Trump is poised to seek a trade investigation of China for the alleged theft of American technology and intellectual property. 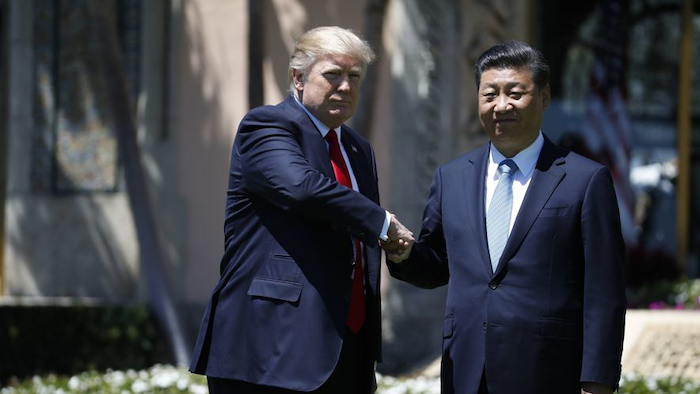 Even as he seeks Beijing's help on North Korea, President Donald Trump is poised to seek a trade investigation of China for the alleged theft of American technology and intellectual property.

Trump is expected to sign an executive order Monday asking his trade office to consider the probe. In the midst of a 17-day vacation, Trump plans to leave his New Jersey golf club and return to Washington to sign the order.

In a phone call Friday, Trump praised Chinese President Xi Jinping for backing the recent U.N. vote to impose tougher sanctions on North Korea, and the leaders reaffirmed their commitment to a nuclear-free Korean Peninsula. But Trump also told Xi about the move toward a possible inquiry into China's trade practices, according to two U.S. officials familiar with that conversation. They were not authorized to publicly discuss the private call and spoke on condition of anonymity.

China announced Monday it will cut off imports of North Korean coal, iron and lead ore and other goods in three weeks under U.N. sanctions imposed against Pyongyang.

Trump wants government officials to look at Chinese practices that force American companies to share their intellectual property in order to gain access to the world's second-largest economy. Many U.S. businesses must create joint ventures with Chinese companies and turn over valuable technology assets, a practice that Washington says stifles U.S. economic growth.

Trump's action amounts to a request that his trade representative determine whether an investigation is needed under the Trade Act of 1974. If an investigation begins, the U.S. government could seek remedies either through or outside of the World Trade Organization.

While Beijing has promised to open more industries to foreign companies, it also has issued new rules on electric car manufacturing, data security, internet censorship and other fields.

An administration official who confirmed that Trump would sign the order contended it was unrelated to the showdown with North Korea. The official spoke on condition of anonymity to discuss the order before Trump's formal announcement.

As the crisis involving North Korea has unfolded, Trump has alternated praising China for its help and chiding it for not ratcheting up pressure on its Asian neighbor.

China, the isolated North's main trading partner, has been reluctant to push leader Kim Jong Un's regime too hard for fear it might collapse. But Beijing is increasingly frustrated with Pyongyang and supported a U.N. Security Council ban on Aug. 5 on coal and other key goods. 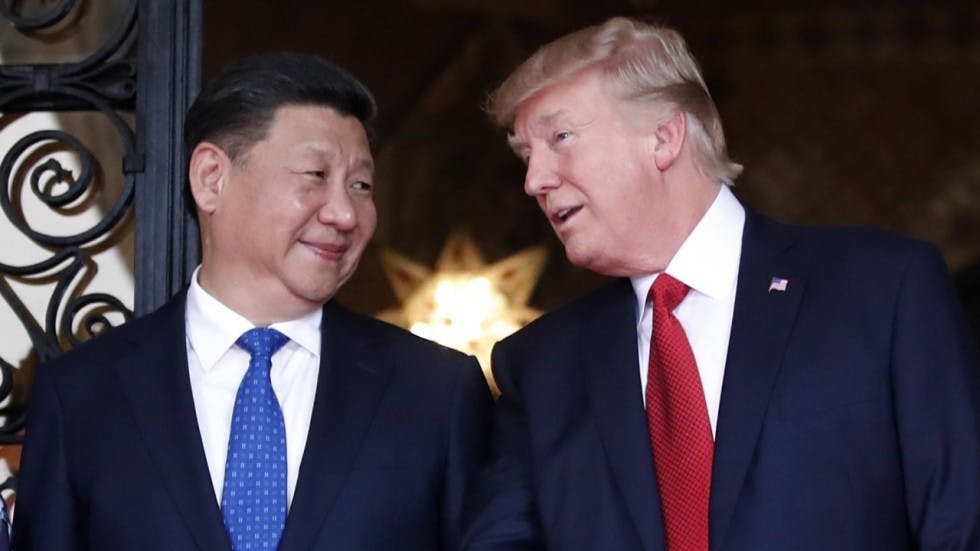 The Chinese customs agency said Monday that it will stop processing imports of North Korean coal, iron and lead ores and fish at midnight on Sept. 5.

"After that, entry of these goods will be prohibited," said an agency statement.

Trump has escalated his harsh criticism of North Korea for days, tweeting Friday that the U.S. had military options "locked and loaded." Xi, in his phone conversation with Trump, urged calm, the officials said.

Trump, in the past, has tied trade policy to national security, leading to speculation that raising the possibility of a probe — without committing to one — could be a negotiating tactic to get China to step up its assistance with North Korea.

The forced sharing of intellectual property with Chinese firms has been a long-standing concern of the U.S. business community, with reports suggesting that losses stemming from it could total hundreds of billions of dollars annually that cost the U.S. economy millions of jobs.

Trump has requested similar inquiries on trade, but the reports haven't been delivered on deadline. Trump made addressing the U.S. trade deficit with China a centerpiece of his campaign last year and has suggested raising tariffs on goods from China.