The rule was imposed after a fertilizer plant in West, Texas, exploded in 2013, killing 15 people. 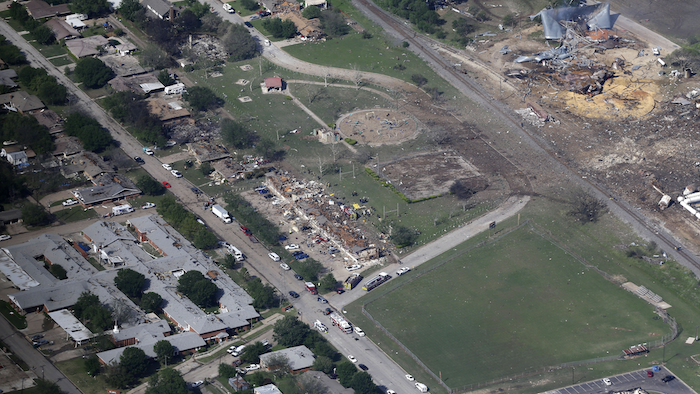 In this April 18, 2013 aerial file photo, the remains of a nursing home, left, apartment complex, center, and fertilizer plant, right, destroyed by an explosion at a fertilizer plant in West, Texas. (AP Photo/Tony Gutierrez, File)

The Trump administration is delaying a new rule tightening safety requirements for companies that store large quantities of dangerous chemicals. The rule was imposed after a fertilizer plant in West, Texas, exploded in 2013, killing 15 people.

Scott Pruitt, administrator of the Environmental Protection Agency, delayed the effective date of the Obama-era rule until June.

Pruitt's action late Monday came in response to complaints by the chemical industry and other business groups that the rule could make it easier for terrorists and other criminals to target refineries, chemical plants and other facilities by requiring companies to make public the types and quantities of chemicals stored on site.

The EPA issued a final rule in January, seven days before President Barack Obama left office. The EPA said at the time that the rule would help prevent accidents and improve emergency preparedness by allowing first responders better data on chemical storage.

A coalition of business groups opposed the rule, saying in a letter to Pruitt that it would do "irreparable harm" to companies that store chemicals and put public safety at risk.

Chet Thompson, president and CEO of the American Fuel and Petrochemical Manufacturers, an industry group, praised Pruitt's delay of the EPA rule.

"The midnight rulemaking in the final days of the Obama administration would not enhance safety, create security vulnerabilities and divert resources from further enhancing existing safety programs," Thompson said. 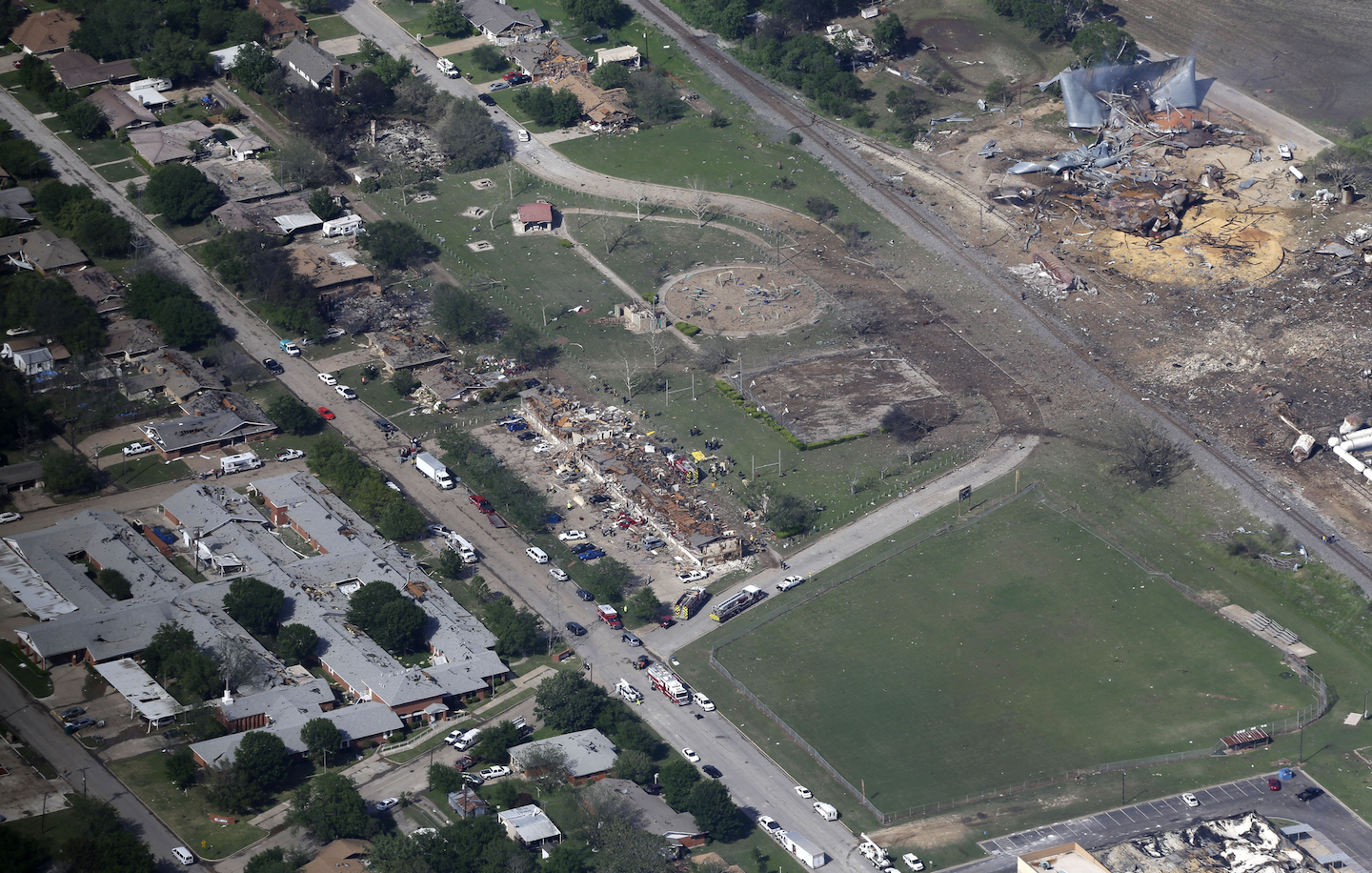 In this April 18, 2013 aerial file photo, the remains of a nursing home, left, apartment complex, center, and fertilizer plant, right, destroyed by an explosion at a fertilizer plant in West, Texas. (AP Photo/Tony Gutierrez, File)

Hazardous chemical incidents like the explosion in West, Texas, are "frighteningly common," according to the Environmental Justice Health Alliance, an advocacy group. More than 1,500 chemical releases or explosions were reported from 2004 to 2013, causing 58 deaths and more than 17,000 injuries, the group said.

Instead of bowing to industry complaints, the EPA should "stand with the first responders, at-risk communities, safety experts, workers, small businesses and others who live at daily risk of a catastrophic chemical release or explosion," the group wrote in a letter last month to members of Congress.

The Obama-era rule came after a three-year process that included eight public hearings and more than 44,000 public comments, the group said.

The Obama administration said the rule would help prevent chemical incidents such as the 2013 explosion in Texas, while enhancing emergency preparedness requirements, improving management of data on chemical storage and modernizing policies and regulations.

Sen. Jim Inhofe, R-Okla., said the Obama-era rule gives "a blueprint to those who would like to do us harm," adding that existing regulations will remain in place to continue ensuring safety of chemical plants and other facilities.

Environmental groups lamented the delay, which they said showed Pruitt's bias in favor of industry.

"This gesture by Administrator Pruitt is hardly a surprise. Nonetheless it is still profoundly disappointing that he has found a new way to marginalize public health and safety protection in favor of refinery industry profits," said Dr. Brian Moench, president of Utah Physicians for a Healthy Environment.