Hewlett-Packard Enterprise Shrinks Again In $8.8B Spin Off

The overhaul marks another step in CEO Meg Whitman's effort to transform the once-mighty tech conglomerate into a leaner, more efficient company. 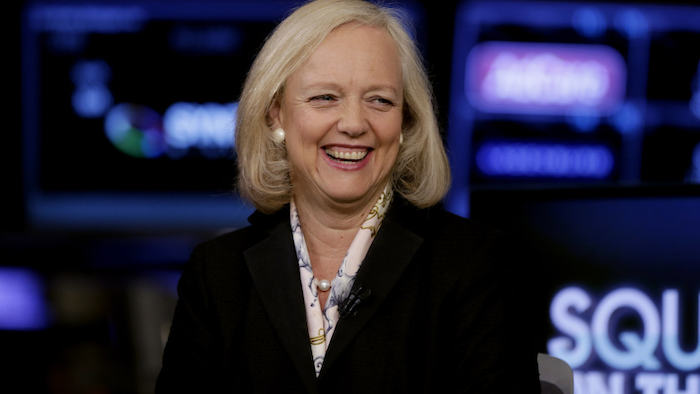 Hewlett-Packard Enterprise Co. will spin off a big chunk of its business software line-up in an $8.8 billion deal with Micro Focus International PLC, continuing the unraveling of what once was Silicon Valley's largest company.

The Palo Alto, California, company said Wednesday that it will get a $2.5 billion cash payment and its shareholders will hold a 50.1 percent stake in the new combined company.

HPE is spinning off units including application delivery management, big data and enterprise security. HP Enterprise, also known as HPE, plans to focus on selling data-center hardware and other commercial tech gear to other big organizations.

Micro Focus, based in Newbury, England, said the surviving company will have annual revenue of about $4.5 billion.

The software spinoff comes three-and-half months after HPE announced the sale of its business-services division to rival Computer Sciences Corp. for $8.5 billion.

The overhaul marks another step in CEO Meg Whitman's effort to transform the once-mighty technology conglomerate into a leaner, more efficient company catering to a few core markets that she believes will be most likely to grow in the future.

As part of that process, Whitman last year split HP's operations focused on selling business technology products from its personal computer and printer operations. At its height, the combined HP generated more than $100 billion annual revenue. 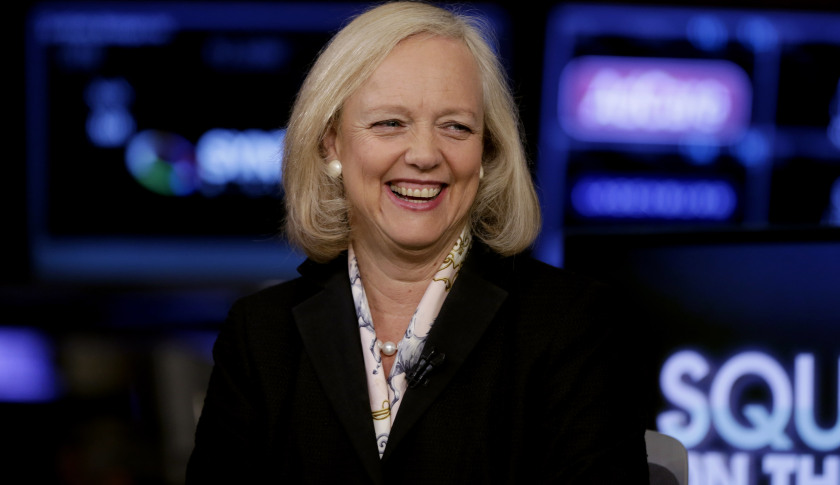 Now, HPE is turning into a shell of what it was at the time of last year's spinoff from the PC business. After its shake-up is completed, HPE expects to have about $28 billion in annual revenue, down from $52 billion in its last fiscal year ending in October.

The deal with Micro Focus still requires antitrust approval. If all goes as anticipated, it should close sometime between April and October next year.

Separately HPE reported better-than-expected earnings in its fiscal third quarter ended July 31. Net income soared to $2.27 billion, or $1.32 per share, thanks to a hefty gain on an asset sale. Earnings, adjusted for the gain and restructuring and other costs, were 49 cents per share.

The results exceeded Wall Street expectations. The average estimate of 10 analysts surveyed by Zacks Investment Research was for earnings of 45 cents per share.

For the current quarter ending in October, HPE expects its per-share earnings to range from 58 cents to 63 cents. On average, analysts surveyed by FactSet expect earnings per share of 61 cents.

The company expects full-year earnings in the range of $1.90 to $1.95 per share. That compares with the average FactSet estimate of $1.88 per share.

HP Enterprise shares have increased 45 percent since the beginning of the year. In after-hours trading, the stock dipped 4 cents to changed hands at $22.05.