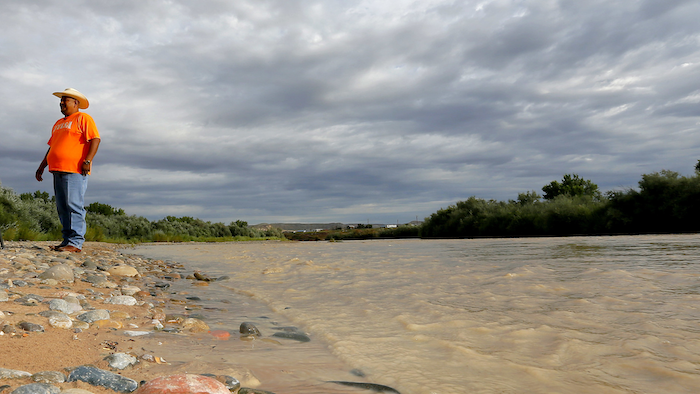 The Navajo Nation is the latest to pursue legal action against the federal government over a massive mine waste spill that tainted rivers in three Western states. (AP Photo/Matt York, file)

Leaders of one of the nation's largest American Indian tribes blasted the U.S. Environmental Protection Agency as their attorneys sued Tuesday, claiming negligence in the cleanup of a massive mine waste spill that tainted rivers in three Western states.

Navajo Nation President Russell Begaye stood on the bank of the San Juan River in northwestern New Mexico and explained his people's link to the water and the economic, cultural and psychological damage inflicted in the wake of the August 2015 spill in southwestern Colorado.

"EPA, we're holding your feet to the fire," Begaye said, promising that generations of Navajos are willing to fight. "We will not let you get away with this because you have caused great damage to our people, our river, our lifeblood."

A federal contractor triggered the spill during preliminary cleanup work at a mine near Silverton, Colorado. Three million gallons of wastewater carrying arsenic, lead and other heavy metals contaminated rivers in Colorado, New Mexico and Utah.

Communities downstream were forced to temporarily halt drawing water from the Animas and San Juan rivers for drinking water and irrigation.

Officials have estimated some 880,000 pounds of metals poured into the rivers. Navajos and others are concerned the contamination that has settled in the riverbeds and banks is getting stirred up each time storm runoff courses downstream. 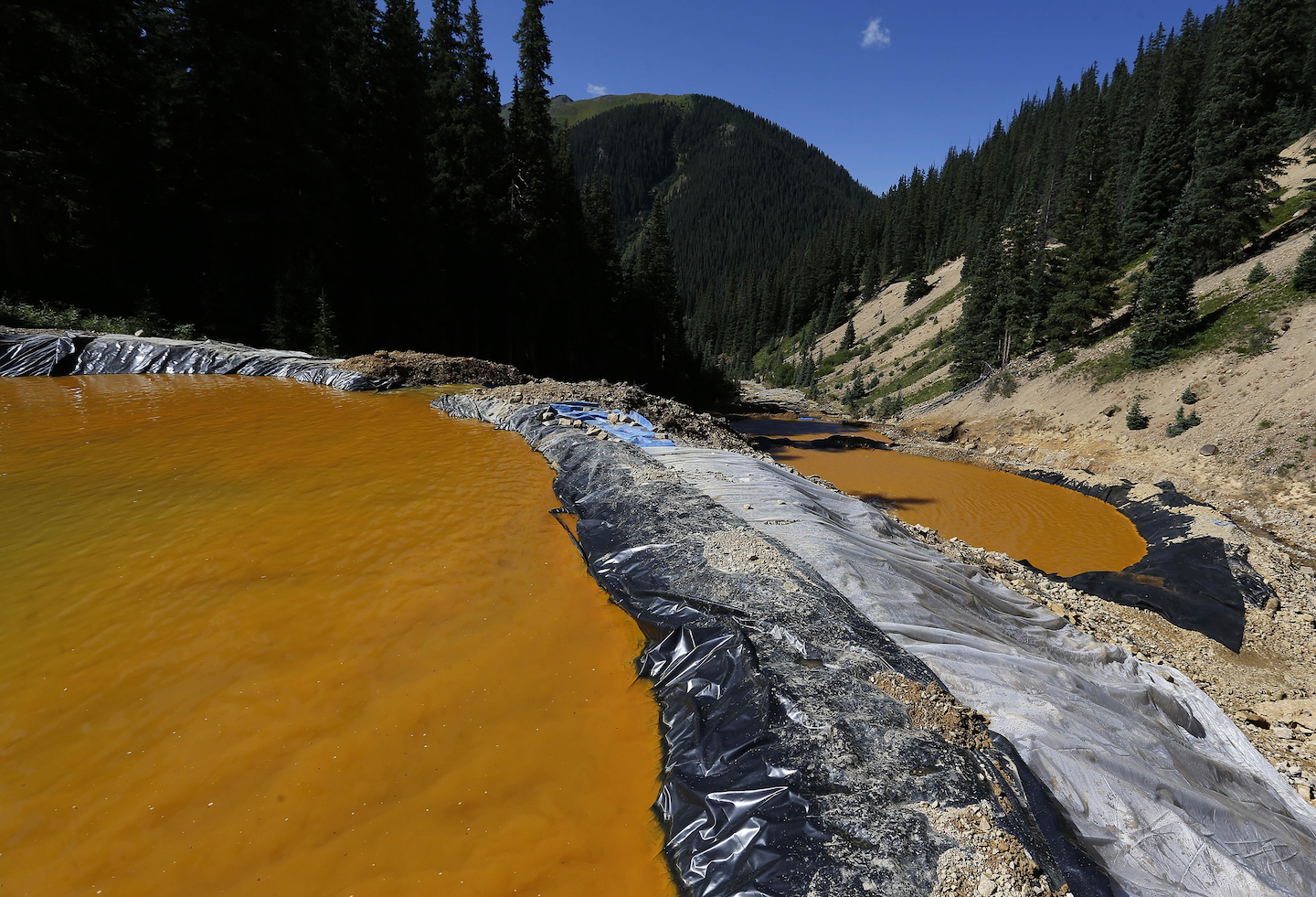 Water flows through a series of sediment retention ponds built to reduce heavy metal and chemical contaminants from the Gold King Mine wastewater accident, in the spillway about 1/4 mile downstream from the mine, outside Silverton, Colo. (AP Photo/Brennan Linsley, File)

The EPA has taken responsibility for cleaning up the spill, but a spokeswoman said Tuesday that the agency will not comment on pending litigation. The Navajo Nation joins New Mexico in pursuing legal action over the spill. The state sued the EPA and Colorado earlier this year, citing environmental and economic damage. Tribal officials at the news conference and in the lawsuit pointed to delays and resistance by the EPA, saying the agency has failed to compensate Navajos for their losses or provide any meaningful recovery efforts over the past year. The EPA has dedicated more than $29 million to respond to the spill and for monitoring, but much of that is going toward stabilization and ongoing drainage at the mine. Reimbursement of state, local and tribal costs is underway, but the tribe has received only a fraction of the nearly $1.6 million doled out to all the parties. Begaye said Navajo farmers have felt the brunt of the spill. Some crops went unplanted this year and cultural practices such as the gathering of corn pollen were skipped. "We have seen the tears. We've heard the cries. We've heard the anger, the anguish, the loss of trust," Begaye said. 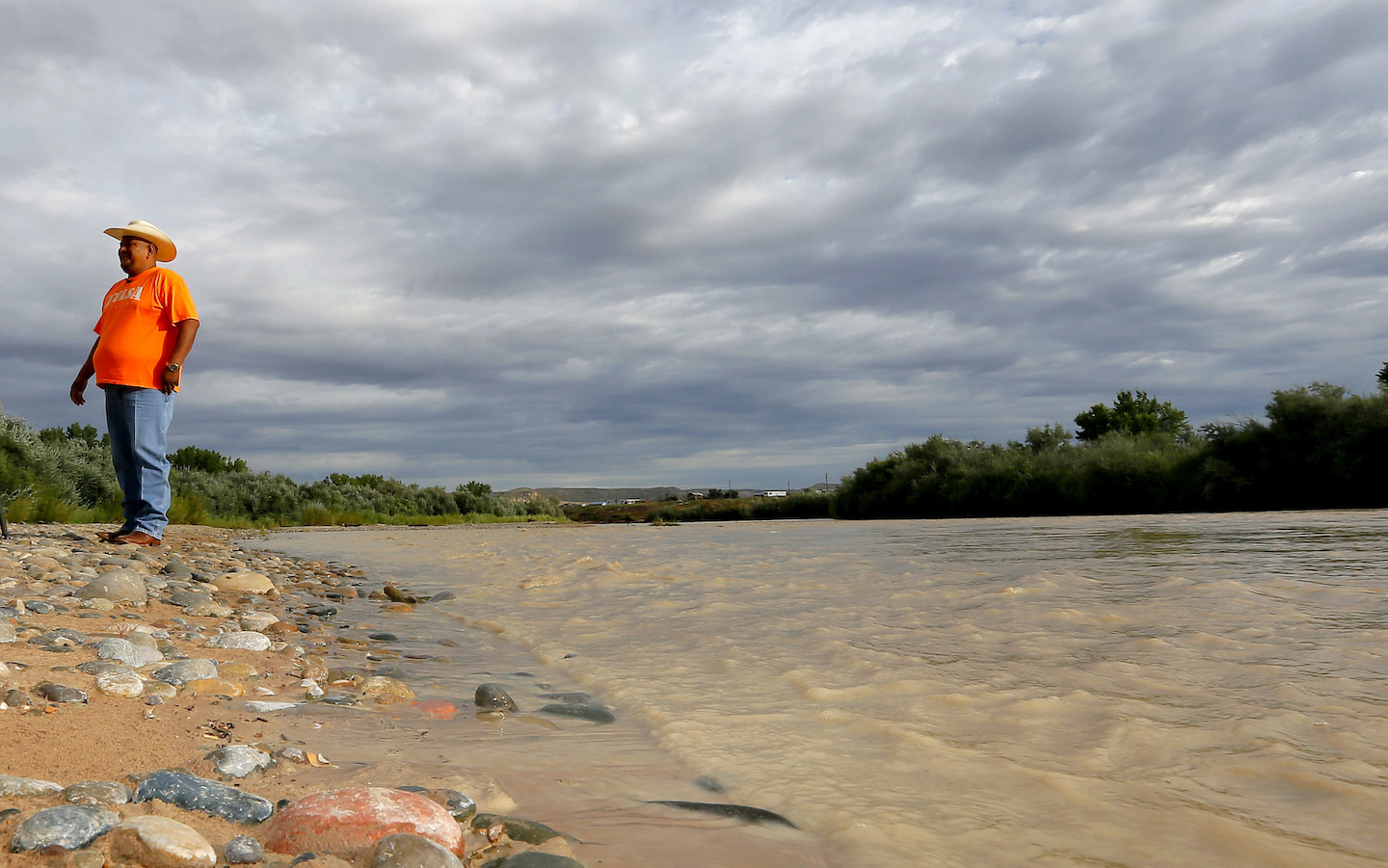 The Navajo Nation is the latest to pursue legal action against the federal government over a massive mine waste spill that tainted rivers in three Western states. (AP Photo/Matt York, file)

He called the actions of the agency, its contractor and the mining companies reckless and reiterated his disappointment that Navajos have yet to receive a phone call or letter of apology from President Barack Obama.

Navajo officials said the government has denied repeated requests for everything from compensation for farmers to resources for long-term monitoring and an onsite laboratory for real-time testing of the river.

"They have not done a thing," Begaye said during his impassioned address.

While the lawsuit doesn't include an exact dollar figure for damages the tribe is seeking, Begaye said Navajos are owed "millions" and that the scope of the contamination is still unknown.

A criminal investigation into the spill is being conducted by the EPA's Office of Inspector General and the U.S. Justice Department, but it's unclear how long that probe could take.

Several members of Congress had pressed for an investigation into the EPA's role in causing the disaster.