Aircraft emissions were not addressed as part of the landmark global climate agreement agreed to in Paris in December. 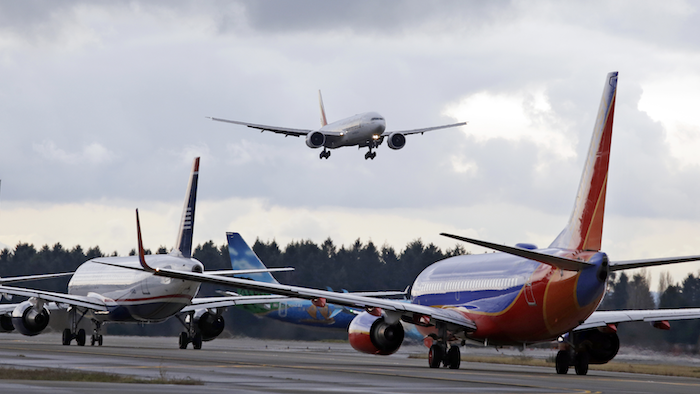 The government has found that jet engine exhaust is adding to climate change and endangering human health, and needs to be regulated.

The Environmental Protection Agency announced Monday that it will use its authority under the Clean Air Act to impose limits on aircraft emissions.

Jet engines spew significant amounts of greenhouse gases, including carbon dioxide and methane, into the upper atmosphere, where they trap heat from the sun. But proposed rules such as imposing fuel-efficiency standards have faced stiff opposition from aircraft makers and commercial airlines.

Aircraft emissions were not addressed as part of the landmark global climate agreement agreed to in Paris in December.

"Addressing pollution from aircraft is an important element of U.S. efforts to address climate change," said Janet McCabe, EPA's acting assistant administrator for air and radiation. She said aircraft are the third largest contributor to greenhouse gas emissions in the U.S. transportation sector, and that is expected to increase. Cars and trucks already are regulated.

The EPA's findings do not apply to small piston-engine planes or to military aircraft.

A U.N. panel in February recommended new emissions standards for international flights that require an average 4 percent reduction in fuel consumption during the cruising phase of flight. The new regulations from the International Civil Aviation Organization require that new aircraft designs meet the standards beginning in 2020, and that designs already in production comply by 2023.

Environmental groups have criticized the new international standards as too weak to actually slow global warming. Planes burn the most fuel during takeoffs and landings, while cruising at high altitudes is the most fuel-efficient period.

Environmentalists say aviation accounts for about 5 percent of global greenhouse emissions, though the U.N. and EPA cite studies concluding it's actually less than 2 percent.

The EPA finding announced Monday is expected to result in similar limits on domestic carriers, which critics say is long overdue.

"People should not have to choose between mobility and a healthy climate," said Marcie Keever, legal director for the environmental group Friends of the Earth. "The EPA's nine-year delay on regulating aircraft emissions failed the American people. Now it's time for the Obama administration to issue a strong rule, to hold the aviation industry accountable."