Senate Democrats blocked a comprehensive energy bill after majority Republicans balked over hundreds of millions of dollars in emergency federal aid to Flint. 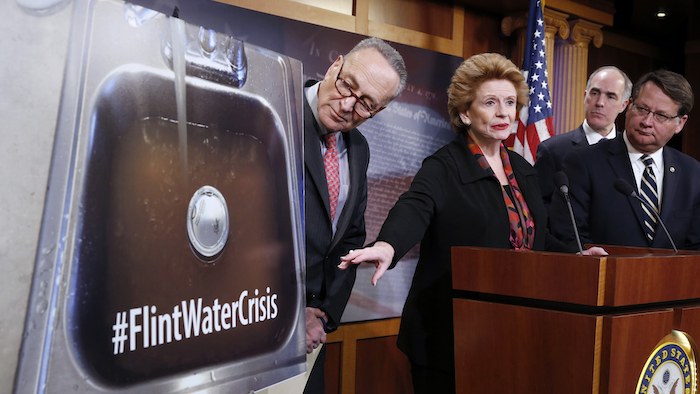 Senate Democrats on Thursday blocked a comprehensive energy bill after majority Republicans balked over hundreds of millions of dollars in emergency federal aid to Flint, Michigan, to fix and replace the city's lead-contaminated pipes.

The vote was 46-50, short of a number necessary to move ahead on the bipartisan legislation, the first such bill in nine years.

Democrats proposed a $600 million aid package for Flint last week, but Democratic Sen. Debbie Stabenow of Michigan said they agreed earlier this week to cut that proposal in half.

Sen. John Cornyn of Texas, the second-ranking Republican, said it was premature to provide funds for Flint when state officials have not fully assessed their needs.

"The fact of the matter is, the state of Michigan and the city of Flint don't yet know what they need to do to fix the problem or how much it will cost," Cornyn said, adding that while all want to help the residents of Flint, it was wrong to scuttle the energy bill over it.

Flint is under a public health emergency after its drinking water became tainted when the city switched from the Detroit water system and began drawing from the Flint River in April 2014 to save money. The city was under state management at the time.

Water was not properly treated to keep lead from pipes from leaching into the supply. Some children's blood has tested positive for lead, a potent neurotoxin linked to learning disabilities, lower IQ and behavioral problems. 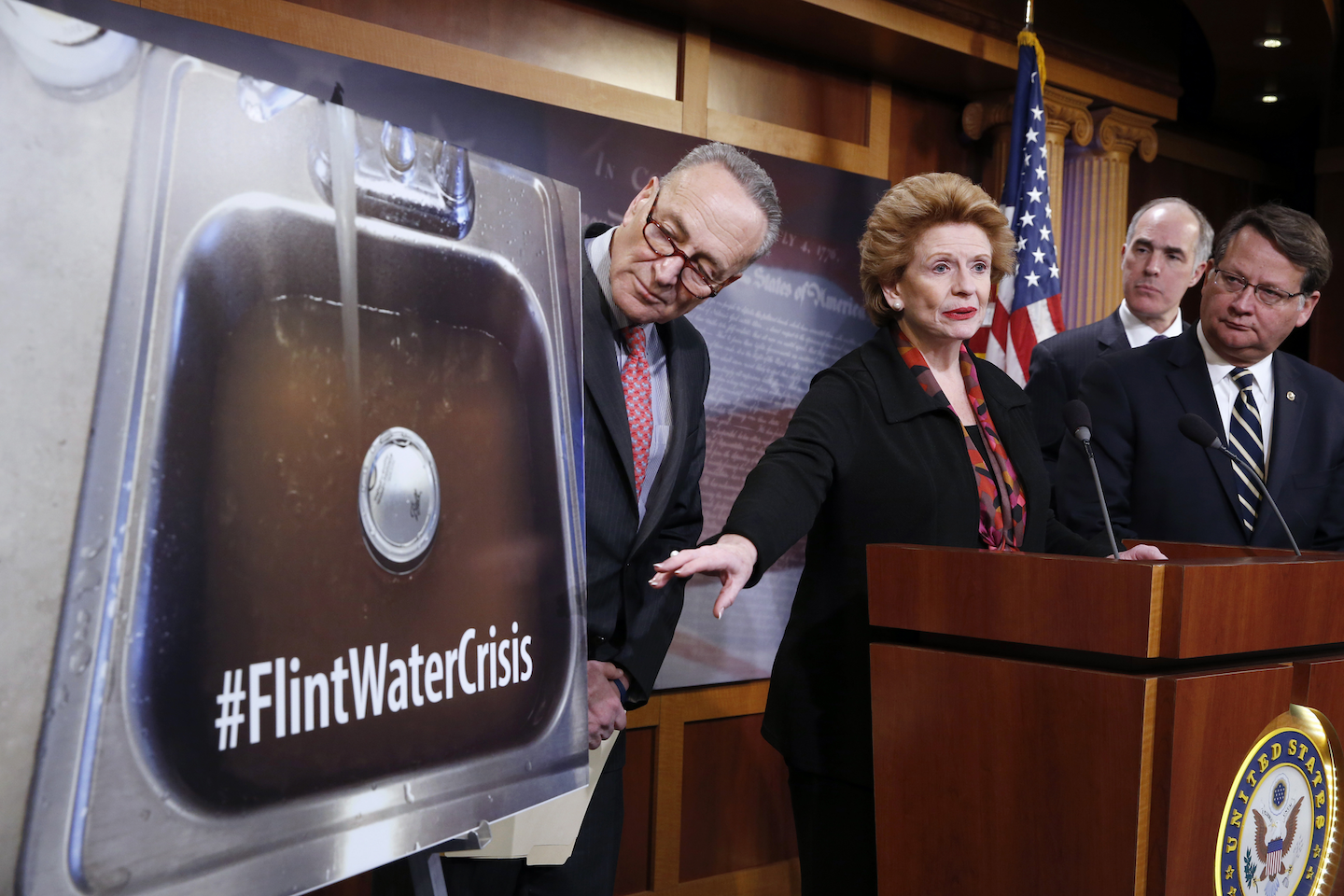 Michigan has approved $37 million in emergency funding for Flint for the current fiscal year. Gov. Rick Snyder is expected to propose an additional $30 million in state funding to help Flint residents pay their water bills.

President Barack Obama has said that about $80 million in federal funding is being made available to Michigan for investment in water system upgrades. It's not clear how much money would go to Flint.

The water contamination crisis has stirred questions about whether officials would have acted sooner if the community were wealthier and the population predominantly white. Flint is 57 percent black, and 42 percent of its residents live in poverty.

The Republican governor has dismissed those suggestions, but the questions remain.

"If any of my colleagues here saw a tragedy like this in their home state, they would be standing here doing everything in their power to deliver assistance, whether the crisis was natural or man-made," Peters said in an impassioned speech on the Senate floor.

Lawmakers approved emergency aid for Texas and South Carolina in a massive spending bill in December, Peters and other Democrats said.

Democrats proposed an amendment last week that would authorize up to $400 million in emergency federal funding to replace and fix lead-contaminated pipes in Flint. The measure requires the state of Michigan to match the federal spending.

The Democratic proposal also requires federal action if a state refuses to warn the public about unsafe water and authorizes $200 million over 10 years to monitor lead exposure in Flint.

"We want to get this solved," she said, adding that it was counterproductive for Democrats to block an energy bill that has been in the works for more than a year.