The aid would cover residential customers' bills for water that has been or will be used for drinking, cooking, bathing and washing hands. 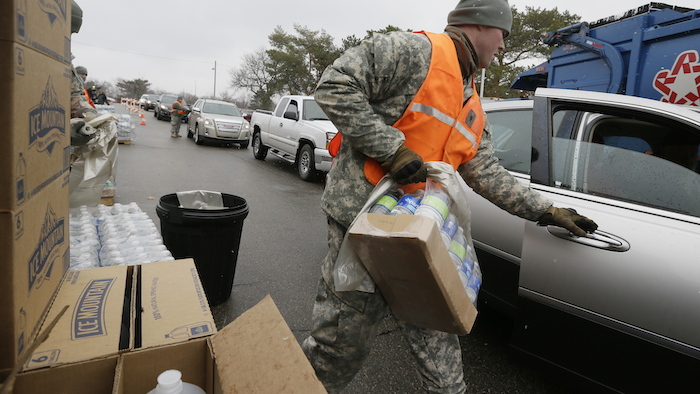 Snyder will brief Flint officials and pastors about the plan Wednesday and outline it to lawmakers next week as part of his 2016-2017 budget proposal, according to a statement the governor's office provided to The Associated Press.

The aid would cover the estimated portion of residential customers' utility bills for water that has been or will be used for drinking, cooking, bathing and washing hands. Customers would still be responsible for paying for water used to flush toilets, water lawns, wash clothes and other purposes.

"Flint residents will not have to pay for water they cannot drink," the Republican governor said in a statement to the AP late Tuesday. "My budget recommendation will include the request that the state make payments to the city's water system for residential bills going back to April 2014 and alleviate the need for residential water shutoffs."

Snyder has apologized for regulatory mistakes that caused Flint's water to become tainted with lead from old pipes after the city switched its supply source in 2014. His office estimates the $30 million Consumption and Consumer Use Credit — available because of a one-time $575 million budget surplus — would cover a two-year period from April 2014 until this spring, when officials hope the water supply is declared safe to consume again without filters.

An estimated 21,000 residential customers have continued paying their bills despite various water problems, while 9,000 have not, according to the Snyder administration. 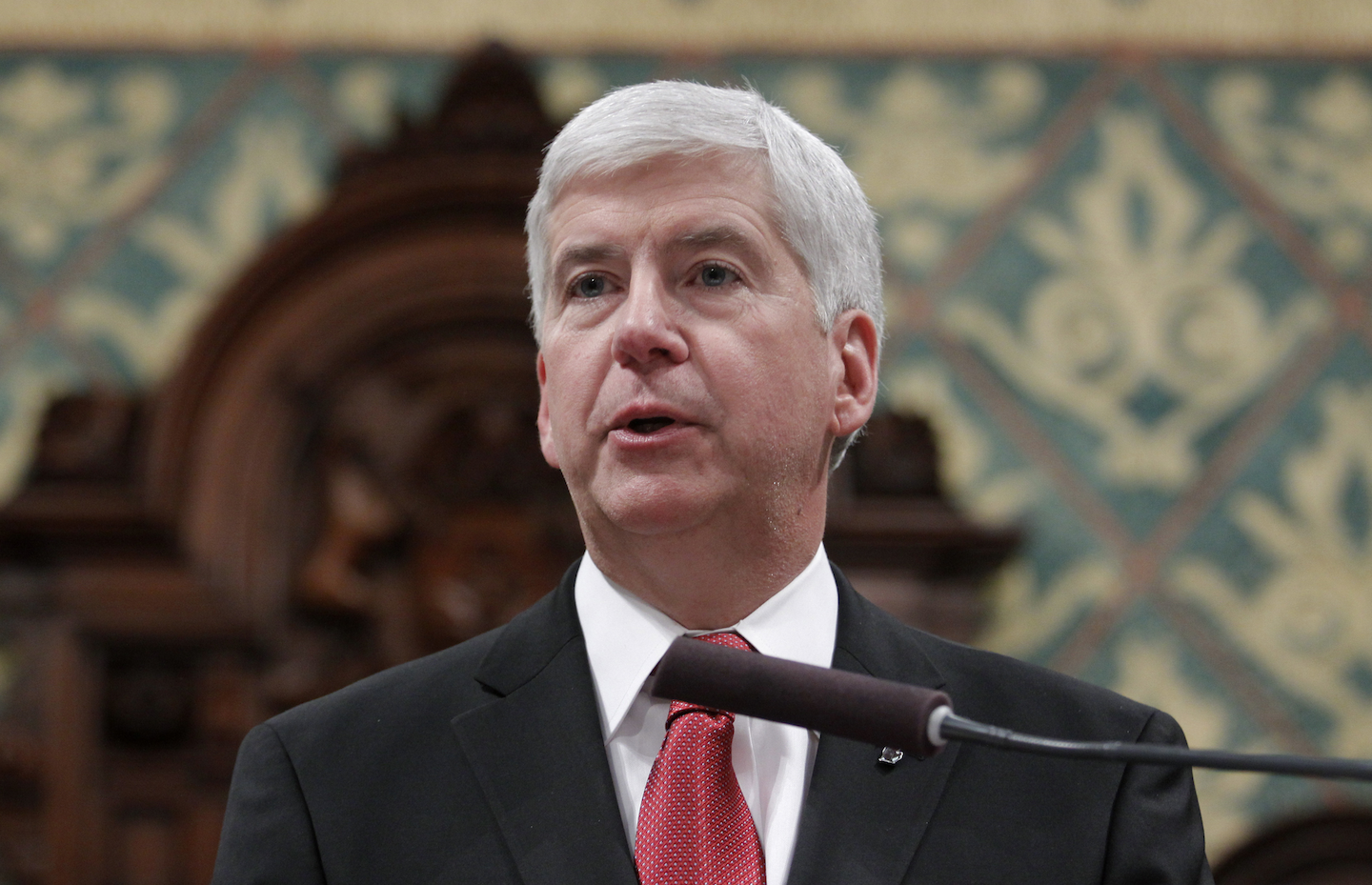 The 21,000 customers, including those who have since moved away, would get a credit for 65 percent of the water portion of their combined water/sewer bill — the part of the bill Snyder's office estimates is used for water that could be ingested or come into contact with skin. The 9,000 residential customers in arrears would be put on a payment plan to catch up on sewer charges and 35 percent of their water fees, potentially over a period of years.

Businesses and other commercial customers would get a 20 percent credit for the water portion of their bill.

Sewer fees account for a little more than half of a typical Flint resident's bill. So a household that pays $150 a month could get a $46 monthly credit, or about $1,100 for 24 months of having water that has had a host of problems, not just lead-related. Residents complained about the smell, taste and appearance of the water. They also raised health concerns, reporting rashes, hair loss and other problems.

Marc Edwards, a Virginia Tech professor who helped expose the lead problem in September, said: "It's hard to find moral justification in having (residents) pay for water that is not suitable for consumption nor, until recently, for bathing. This essentially refunds all the money associated with consumption or consumer use. I think it's an amazing gesture of common sense and goodwill, and it corrects an injustice."

Snyder, who met with Flint pastors last week, had promised to present them a plan on unpaid bills within a week. He met with Republican leaders in the GOP-controlled Legislature on Tuesday to discuss the proposal, which will require lawmakers' approval. 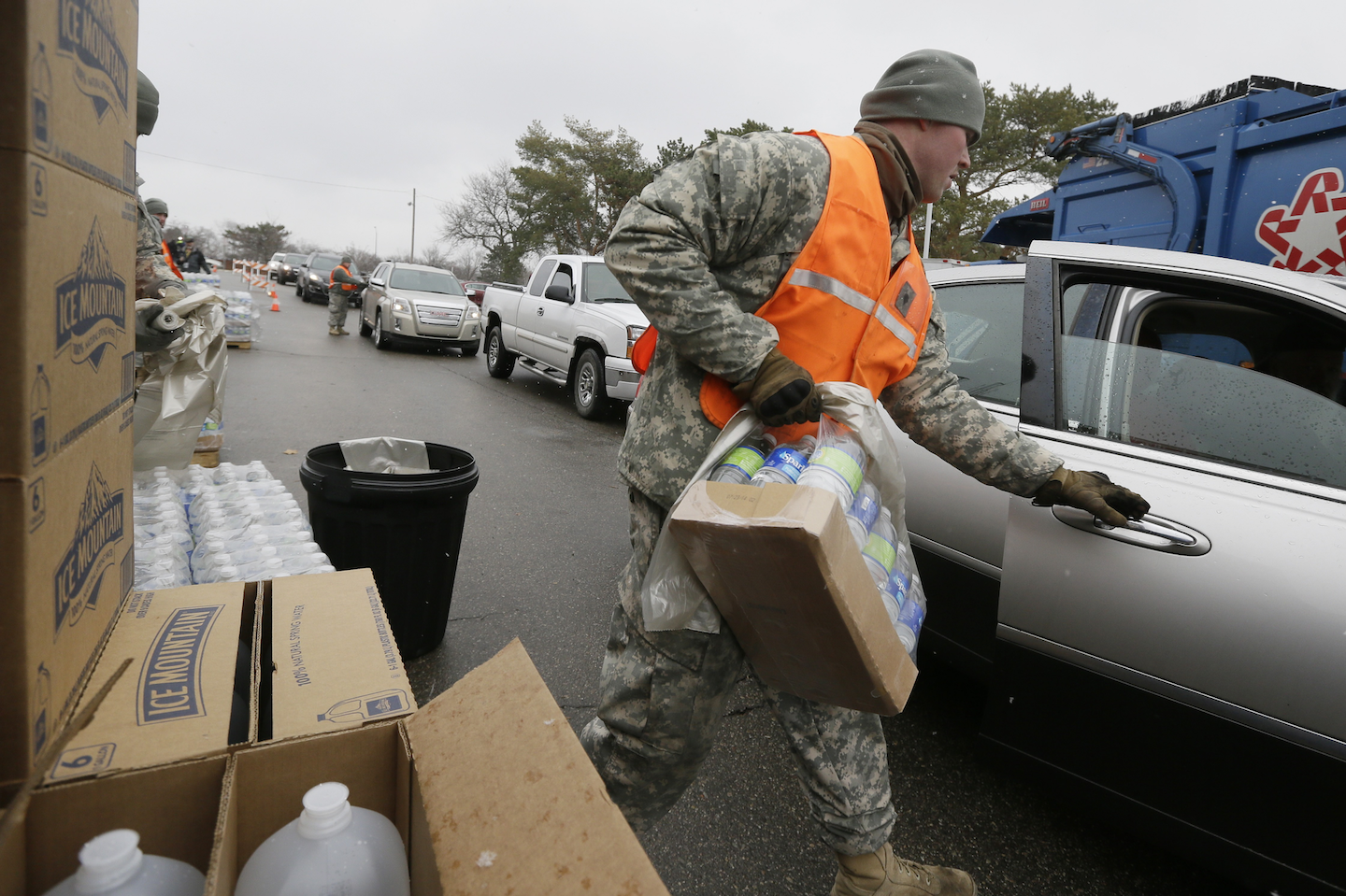 Angela Wittrock, spokeswoman for Senate Democratic Leader Jim Ananich of Flint, said Snyder's plan "doesn't even come close to refunding Flint residents for undrinkable, unusable water they paid for starting in April 2014 — let alone what they then paid for water they could use. And in many homes, the water is still not safe to drink."

Over the weekend, a civil lawsuit — at least the sixth filed so far — was initiated in federal court seeking compensatory and punitive damages and class-action status for approximately 30,000 customers who paid for or were billed for Flint water.

Snyder and legislators last week enacted $28 million in emergency Flint funding for the current fiscal year, including $3 million to help the Flint Utilities Department with unpaid bills. Snyder is expected to include other Flint-related funding in his 2016-2017 spending plan.