The governor's administration has estimated it could cost up to $55 million to repair what officials have estimated are 15,000 damaged lead service lines. 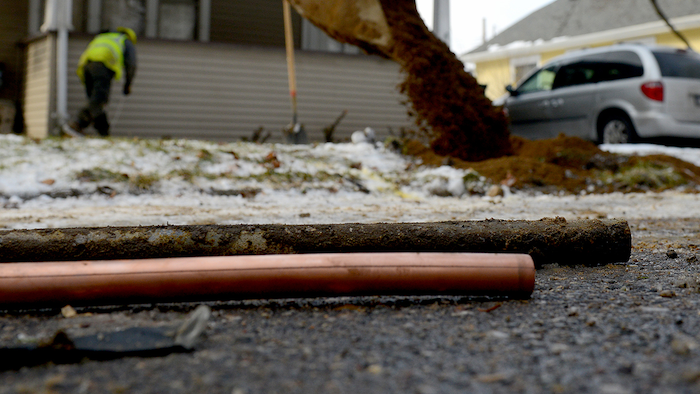 Environmental and civil rights groups are asking a federal judge to order the prompt replacement of all lead pipes in Flint's water system to ensure residents of the Michigan city have a safe drinking supply.

A lawsuit filed Wednesday morning seeks an order forcing city and state officials to remedy alleged violations of the federal Safe Drinking Water Act, including a failure to properly treat the water for corrosion, test it for lead, notify residents of results and accurately report if the correct sample sites are being selected. Flint residents are currently unable to drink unfiltered tap water due to the contamination, and tests have shown high lead levels in some children's blood.

"The only way to permanently and completely fix the problem of lead in drinking water is to conduct the full replacement of the lead-containing pipes and solder in a water system," said Sarah Tallman, a lawyer with the National Resources Defense Council. The group filed the complaint on behalf of citizens along with the American Civil Liberties Union of Michigan, the Concerned Pastors for Social Action and Melissa Mays, a Flint resident.

Gov. Rick Snyder's administration has estimated it could cost up to $55 million to repair what officials have estimated are 15,000 damaged lead service lines leading from water mains to homes and other buildings. The complaint says the pipes should be replaced at no cost to customers. 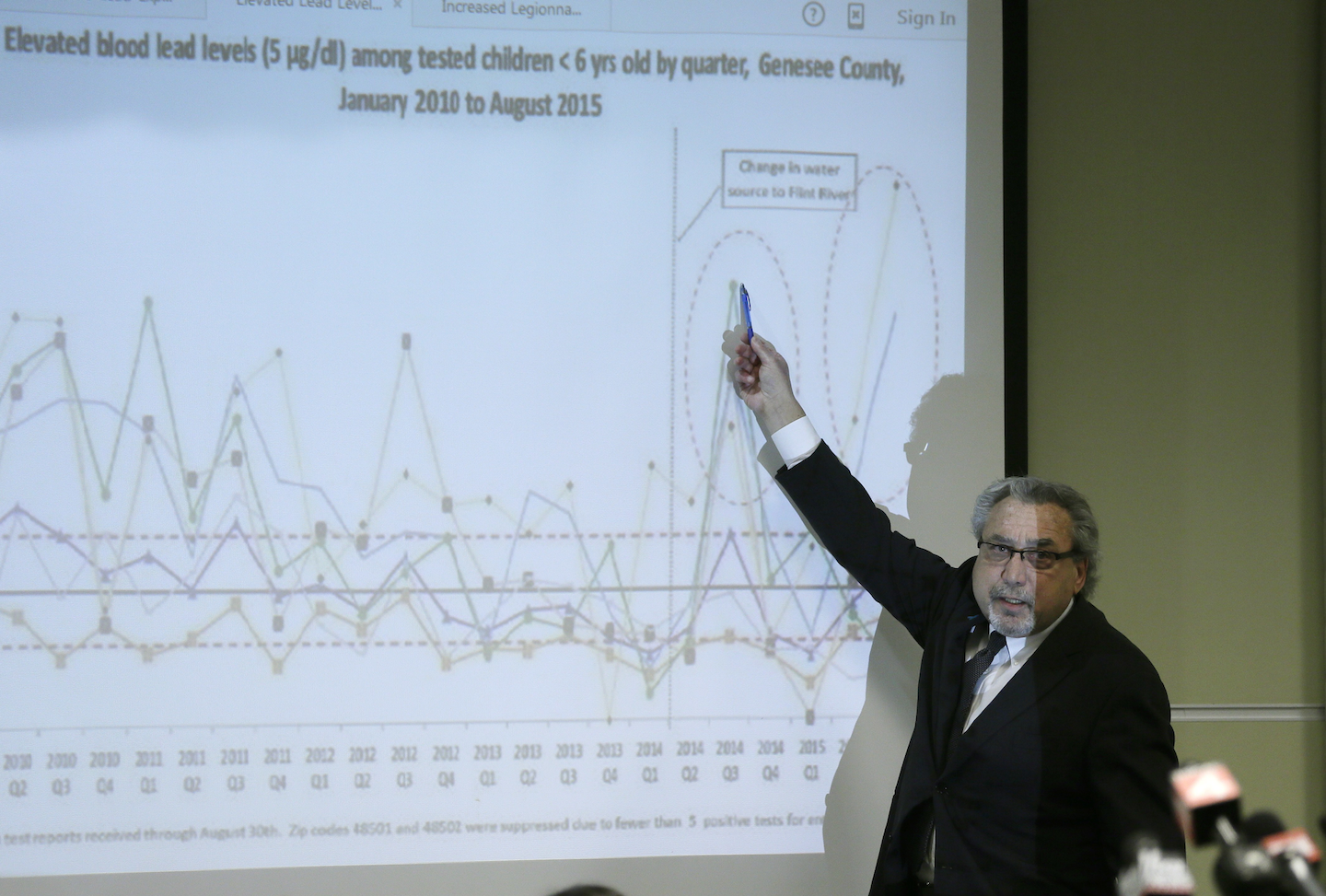 Attorney Michael Pitt points to a graphic and highlights the elevated blood lead levels in children, during the period when the city of Flint changed their water source. (AP Photo/Carlos Osorio)

The suit names as defendants the city of Flint, state Treasurer Nick Khouri — who continues to have budget powers as the city transitions away from state management — state-appointed officials on the Flint's Receivership Transition Advisory Board and city administrator Natasha Henderson, who was hired by one of Flint's former emergency managers. They could not immediately be reached for comment.

"The people of Flint cannot rely solely on the government entities that have created this problem to fix it," Tallman said. "We are seeking federal court intervention because the government at every level has evaded responsibility for addressing this crisis."

It remains unclear how badly the pipes were damaged after the decision in 2014 to use the Flint River as the city's drinking water source without adding a chemical to control corrosion. That caused lead to leech into the water for a year and a half and contributed to the spike in child lead exposure before state and officials fully acknowledged the problem in early October.

Flint has reconnected to Detroit's water system while awaiting the completion of a new pipeline from Lake Huron.

The suit expresses doubt about whether the city can maintain optimal corrosion treatment when it switches to the new water source later this year.

Much of the blame for the emergency has been put on the state Department of Environmental Quality because staff told Flint water officials not to treat it for corrosion until after two six-month monitoring periods. But the suit also focuses on problems with the city's monitoring of lead. It alleges the city is not providing comprehensive, reliable information to identify locations with lead lines and is under-testing homes with a higher risk of lead exposure. 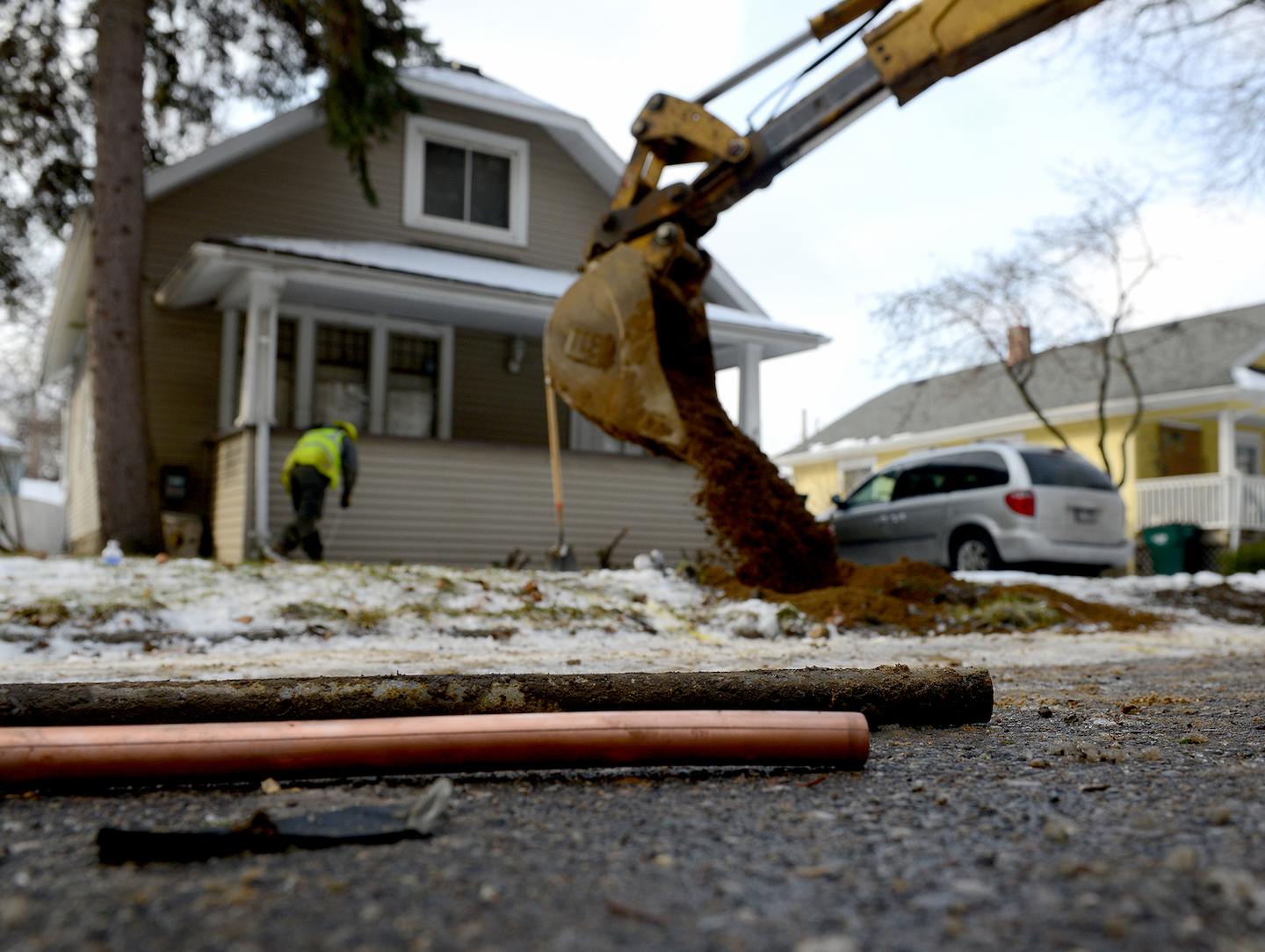 As the hole is filled in in the background, a piece of an old lead water pipe sits next to a new copper pipe at a home on Greencroft in Lansing, Mich. Lansing's municipal utility says it's nearly eliminated lead water service lines since concerns in 2004 prompted it to launch a massive program to replace them with copper lines by 2017. (Dave Wasinger/Lansing State Journal via AP)

The plaintiffs hope "independent experts would come in to assist and advise and oversee the water's system implementation," Tallman said.

The organizations served a 60-day notice of their intent to sue in November.

The U.S. Environmental Protection Agency last week issued an emergency order directing the state to take actions to protect public health and said it would begin sampling and analyzing lead levels. Michigan's interim top environmental regulator said his agency would comply but contended that many of the actions have already been undertaken and questioned the order's legality.

Snyder said in recent days that his administration has requested assistance from EPA experts. A task force he created also has recommended that an unbiased third party declare when the water is safe to drink again without a filter.

At least three other suits have been filed since the crisis was exposed in the fall. Two seek class-action status and financial compensation; another asks a judge to declare that users do not have to pay their water bills.