FEMA said Friday it was reviewing the request and would make a recommendation to Obama as "expeditiously as possible." 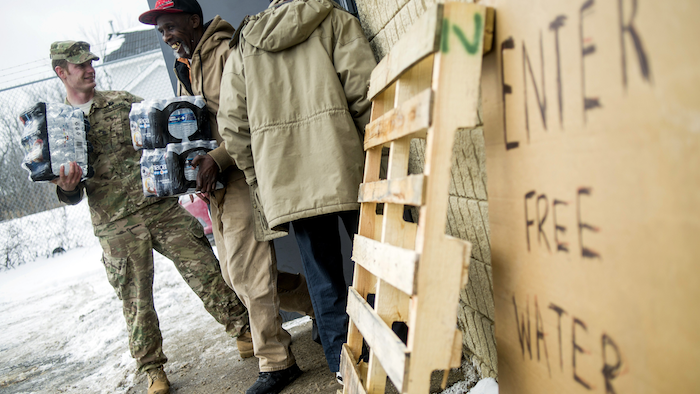 Michigan Gov. Rick Snyder has asked President Barack Obama to issue an emergency and major disaster declaration amid a drinking water crisis in Flint that began months ago, and the state attorney general announced Friday that his office would investigate how the situation was handled.

Snyder's office said late Thursday it had asked for the declarations and is seeking additional federal aid for both individuals and public agencies involved in the effort to provide Flint residents with clean drinking water.

The Federal Emergency Management Agency said Friday it was reviewing the request and would make a recommendation to Obama as "expeditiously as possible."

Flint's tap water became contaminated with too much lead after the city switched its water supply in 2014 to save money while under state financial management. Local officials declared a public health emergency in October. Residents already are being urged to use drinking water filters, which are being distributed for free along with bottled water.

"We are utilizing all state resources to ensure Flint residents have access to clean and safe drinking water and today I am asking President Obama to provide additional resources as our recovery efforts continue," Snyder said in the statement.

If Snyder's request is approved, the individual assistance could include grants for temporary housing and home repairs, and the public assistance would help agencies such as city schools and the water system. 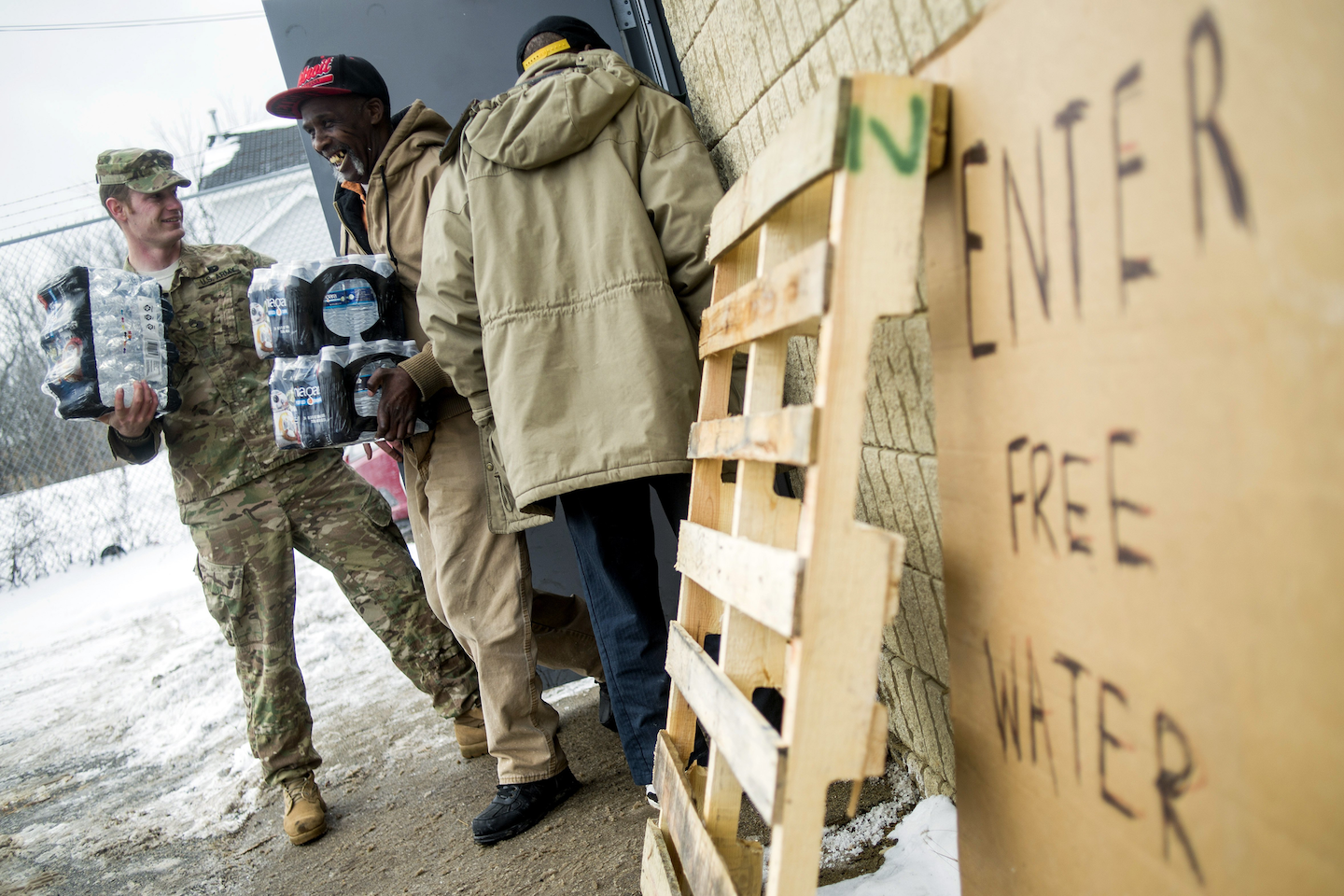 Flint Mayor Karen Weaver said she was glad to see Snyder move forward with the request. She was elected in November, unseating the incumbent mayor who led the city during the public health emergency, and in December declared a state of emergency.

"This should have been done a long time ago. This crisis didn't just happen. ... It has been a long time coming," she told WWJ-AM.

Snyder said Friday that Weaver's full authority as mayor should be restored. Flint, which has chronically poor finances, is being run day to day by a city administrator with oversight from a state advisory board.

Michigan Attorney General Bill Schuette announced that his office would investigate to determine what, if any Michigan laws were violated in the water mess.

"The situation in Flint is a human tragedy in which families are struggling with even the most basic parts of daily life," Schuette said in a statement.

Federal prosecutors said earlier this month they're working with the U.S. Environmental Protection Agency on an investigation. And the state auditor general and a task force earlier faulted the Department of Environmental Quality for not requiring Flint to treat the river water for corrosion and for belittling the public's fears. 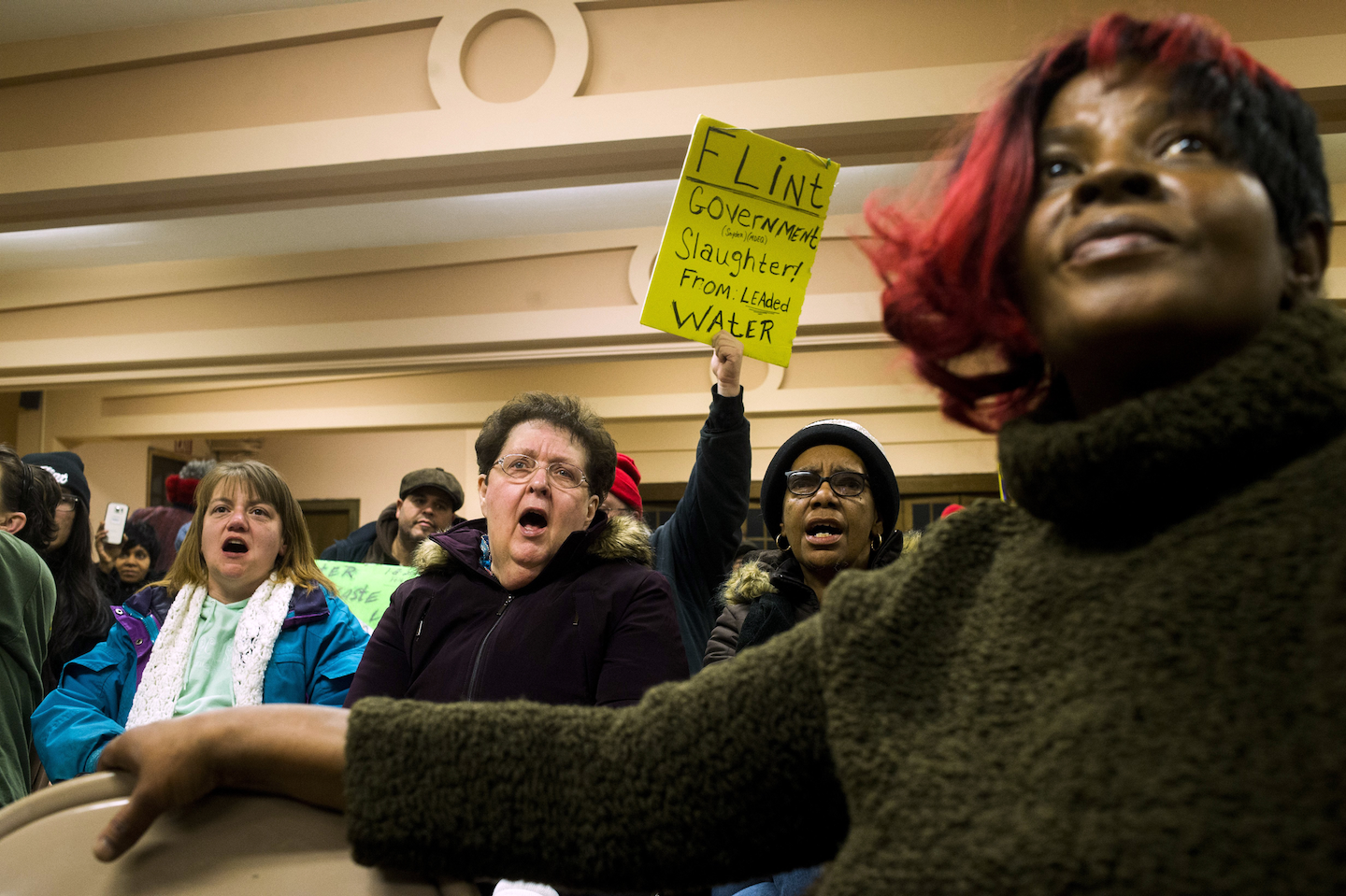 Flint residents Keri Webber, left, and Janice Barryman, center shouts out in support as more than 150 gather to protest against Gov. Rick Snyder, asking for his resignation and arrest in relation to Flint's water crisis on Thursday, Jan. 14, 2016 at the Capitol in Lansing, Mich. (Jake May/The Flint Journal-MLive.com via AP)

For more than a year, water drawn from the Flint River leached lead from old pipes into homes after the city switched its drinking water. Flint has since returned to Detroit's system for its water, but officials remain concerned that damage to the pipes caused by the Flint River could allow them to continue leaching lead. Exposure to lead can cause behavior problems and learning disabilities in children as kidney ailments in adults.

Snyder declared an emergency last week. He pledged this week that officials would contact every household in Flint to check whether residents have bottled water and a filter and whether they want to be tested for lead exposure while his administration works on a long-term solution. On Tuesday, he activated the National Guard to help in distributing water, filters and other supplies and asked for help from FEMA in coordinating a recovery plan. FEMA has appointed a disaster recovery coordinator.

U.S. Rep. Dan Kildee, a Democrat who represents the Flint area, has consistently criticized Snyder's response to the issue and advocated for greater federal assistance. He said Friday that he was glad to see Snyder's request.

Kildee said in a statement that "thousands of children of Flint who have been poisoned are the victims in this situation." He said Snyder's request "is an important step toward making sure they get the help they need."