A worker sorting recyclables spotted the tiny cat heading down the conveyor belt. 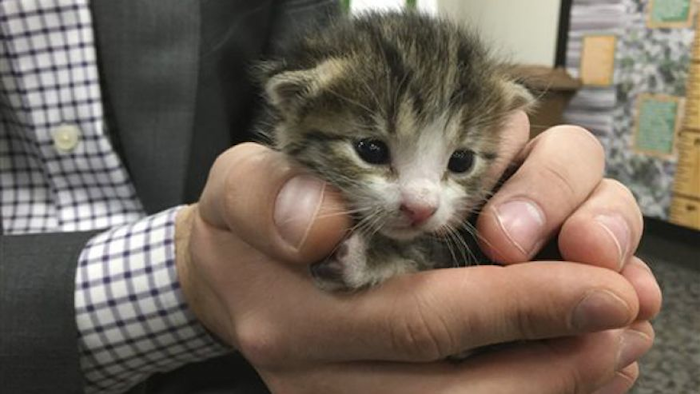 The tiny kitten now has a new home after being found at the Northern California recycling center. (KCRA-TV via AP)

Tony Miranda, a worker at a Northern California recycling plant, rescued a pink-nosed, white-pawed kitten from almost-certain doom when he spotted it amid debris on a conveyor belt.

It remains a mystery as to how the kitten ended up inside the plant, but it’s likely that the tiny cat arrived via dump truck before being pushed onto the conveyor belt.

Afterwards, a call went out to all employees of Cal-Waste Recovery Systems notifying them that a kitten had been found.

According to the Associated Press, a different worker later adopted the kitten and named it Murphy.