However, some of the headwinds slowing manufacturing should soon fade. 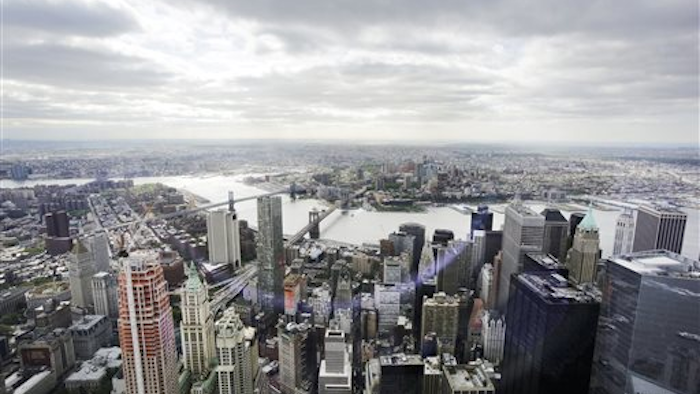 Factory activity in New York state contracted in June, a sign that manufacturers are likely still held back by a strong dollar and cutbacks in investment by oil and gas drillers.

The Federal Reserve Bank of New York said Monday that its Empire State manufacturing index fell to negative 2 this month, down from plus 3 in May. Any reading above zero indicates expansion.

A measure of new orders also fell into negative territory, evidence that factory output in the state may remain low. Shipments grew but at a slower pace. A gauge of hiring ticked up as manufacturers in the state added jobs at a faster pace.

The economy has shown signs of picking up after a slow start to the year, but manufacturers haven't yet benefited. Nationwide, manufacturing output slipped 0.2 percent in May, according to a separate report Monday from the Federal Reserve. The Empire State index's drop in June suggests the sector is still struggling.

The dollar has risen 18 percent against a basket of international currencies in the past year. That makes U.S. goods more expensive overseas and makes imports cheaper, hurting sales in the U.S. and internationally.

The Empire State index has bounced around zero since April, evidence that factory output in the state has been flat for the past three months.

The survey provides an early look at U.S. manufacturing each month. The New York Fed surveys 200 businesses in the state and typically receives responses from about 100.

Other recent economic data has painted a brighter picture. With hiring strong and gas prices down about 86 cents a gallon compared with a year ago, consumers are showing signs of spending more freely. That may spur more production in the coming months.

Employers added a robust 280,000 jobs in May and wages have shown signs of rising more quickly. The unemployment rate rose to 5.5 percent from 5.4 percent, but even that included some good news: More Americans began looking for work, though not all immediately found jobs.

Some of the headwinds slowing manufacturing should soon fade. A sharp drop in oil prices last year caused many U.S. drilling companies to cut back on their investments in steel pipe, machinery and other goods. Yet oil prices have ticked up in recent months, reducing the pressure on drillers.