Some want to halt all oilfield injection into federally protected water aquifers. 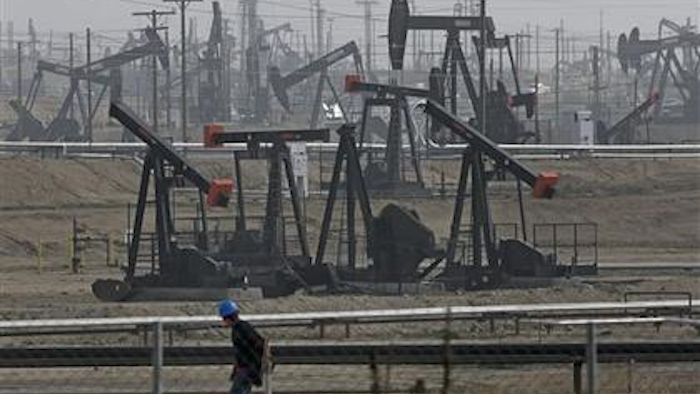 State water officials already have acknowledged that improperly permitted oilfield operations have contaminated underground aquifers that are federally protected because they hold current or potential sources of drinking water.

An ongoing state review ordered by the U.S. Environmental Protection Agency has yet to break that down into whether any Californian is drinking contaminated water as a result of the improperly authorized oilfield operations, a state water official said.

"We don't really know yet," and the answer "is not going to be tomorrow," John Borkovich, chief of the state water board's groundwater monitoring section, told reporters. "There's a lot of data to collect."

The review by state oil and gas regulators identified in 2014 more than 2,500 oilfield wells that were injecting brine and other production and waste fluids into the federally protected water aquifers. State regulators this year and last ordered oil companies to shut 23 central California oilfield injection wells — 22 in Kern County and one in Tulare County — that officials said posed the biggest potential threat to nearby public water wells.

On Monday, regulators released a state letter sent Friday to the U.S. EPA identifying an additional 30 oilfield injection sites as high-priority potential risks to nearby water wells. State officials told reporters they believed many or all of the threatened water wells were not currently being used for drinking water or irrigation, however.

Unlike in the previous 23 oilfield operations closed by emergency state orders, regulators will wait for the oil companies in charge of those 30 drilling sites to completely assess the threat to local water wells before officials decide whether to shut those immediately as well.

For the first time, state regulators also disclosed that regulators have allowed 3,604 oil-industry wells to carry out cyclic-steam injection — a production method that repeatedly injects steam underground at high pressure —outside the approved boundaries of oilfields.

Environmental groups and some state lawmakers contend those cyclic-steam injection wells are illegal. In an email, Steven Bohlen, state oil and gas supervisor, said it was doubtful those 3,604 wells would raise any additional concerns about groundwater because they were injecting into underground areas that already contained hydrocarbon.

Bohlen added that "a higher level of scrutiny on such wells may be called for in the future."

Federal officials have approved a state timeline that would stop all oilfield injection into federally protected water aquifers in California by February 2017.

"We are making good progress in addressing concerns about water quality that we all share," said Bohlen.

"I think it's remarkable that the extent of this crisis just keeps growing and yet state officials are doing essentially nothing to address it," said Kassie Siegel, senior counsel at the Arizona-based Center for Biological Diversity. "The commonsense first step is to stop the ongoing damage."

California is the country's third-biggest petroleum-producing state. Injection wells are involved in up to 85 percent of the state's production, the oil industry says.