Why There's So Much Buzz About Losing Honeybees — By the Numbers

Honeybees have felt the sting of an environment working against them in recent years. Habitat loss, fungal diseases, mite infestations and — most controversially — pesticide use have all been cited as the biggest factors causing massive declines in the U.S.’s honey bee population. 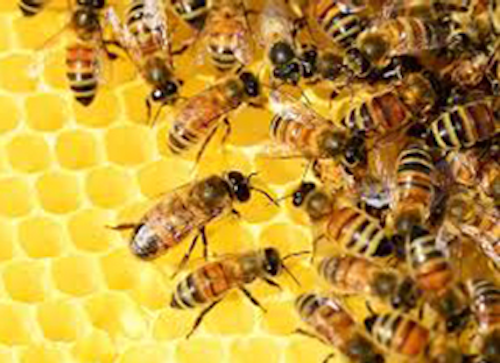 Honeybees have felt the sting of an environment working against them in recent years. Habitat loss, fungal diseases, mite infestations and — most controversially — pesticide use have all

been cited as the biggest factors causing massive declines in the U.S.’s honey bee population.

This week, the Obama administration announced new efforts decrease the die-off including more funding for honeybee research and the use of federal lands for new habitats. Because the plan doesn’t address the potential for a ban on neonicotinoids (or neonics) the pesticides many believe are contributing to bee loss, many environmentalists groups were quick to denounce the plan as not going far enough.

But recent news from Europe — where neonics were banned in 2013 — suggest that scrapping the use of these chemicals might not be the answer. In recent months, EU farmers have been reporting infestations of beetles they haven’t seen in a decade that are wiping out crops and leading to lower yields. To complicate matters, a 2014 study from the University of London also showed that pyrethroids — the class of chemicals EU farmers are often using now in place of neonics — can reduce the populations of bumblebees by causing the bees to hatch at a smaller size.

Meanwhile, the scientific community remains sharply divided on whether or not neonics are the enemy of honeybees.

Here’s a deeper look at the issue, by the numbers.

$15 billion = The value honeybees add to the U.S. economy, annually, by pollinating fruits, veggies and other crops.

1 in 3 = The bites of food in the U.S. affected by honeybee’s pollinator services.

$300 million = The annual revenue of the honeybee industry in the U.S.

$82.5 million = What President Obama wants to spend on honeybee research in the upcoming budget year.

80 percent = The amount of EU crops and wild plants that rely on bee pollination.

75 percent = The drop in approved crop chemicals in the EU in the past 20 years.

15 percent = The estimated drop in this year’s EU harvest of rapeseed, the region’s primary source of vegetable oil used to make food and biodiesel, due to infestations that started after neonics were banned in 2013. French corn and Spanish sunflowers are also expected to be affected by infestations.

$979,485 = The money the U.K. recently granted to fund one a research project that’s studying a pesticide based on spider venom that’s harmless to bees. The process of innovating and approving new chemicals for use in the EU can take years.

82 = The number of pesticides used in the U.S. that are banned in the EU, according to one study. The issue has created friction during trade talks between the two biggest economies in the world, as advocates worry that business relations could weaken the EU’s restrictive policies on the chemicals.