Senate leaders said Tuesday that Democrats have enough votes to block action on President Barack Obama's trade initiatives unless the parties can work out disagreements on how to package various bills. 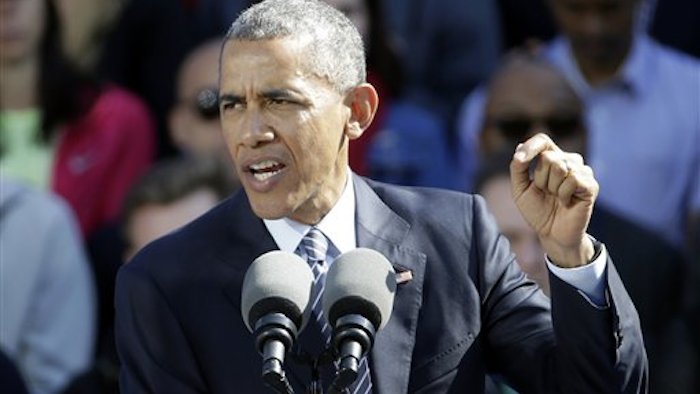 Senate leaders said Tuesday that Democrats have enough votes to block action on President Barack Obama's trade initiatives unless the parties can work out disagreements on how to package various bills.

If Senate action is stymied, the president's supporters say they will try again, possibly starting in the House. But it would be hard to sugar-coat a stinging rebuke of a major Obama priority by members of his own party, some of whom served with him in the Senate.

Obama wants "fast track" authority to negotiate trade deals that Congress can reject or ratify, but not amend. He says Japan and other trade partners will not make their best offers in negotiations unless he has fast track authority.

Several Democrats said Obama erred by pointedly criticizing a leading Democratic foe on trade, Sen. Elizabeth Warren of Massachusetts, in an interview with Yahoo News. These Democrats said they bristled when Obama suggested Warren was poorly informed and politically motivated. Democratic senators said they also are tired of seeing the Democratic president cozy up to Republicans on trade.

Most Republican lawmakers support trade agreements. But Obama must recruit a fair number of House and Senate Democrats to achieve his trade goals.

McConnell pleaded with lawmakers earlier Tuesday to let the trade debate move ahead.

But several Democrats demanded that McConnell deal with surveillance and highway issues first. Many of them also say trade deals take away U.S. jobs.

Numerous Senate Democrats said they will back fast track only if Republican leaders clear a path for three other trade measures. One, to renew the African Growth and Opportunity Act, is uncontroversial.

The second calls for Trade Adjustment Assistance, which provides federal aid to workers displaced by trade agreements. Republicans don't like it, but reluctantly acknowledge it's the price for winning even modest Democratic support.

The third bill, involving Customs enforcement, is the stickiest. It includes a measure to take actions against countries that keep their currency artificially low, which makes their exports more attractive. The Obama administration opposes the "currency manipulation" measure, saying it could invite international challenges to the Federal Reserve's policies meant to boost the U.S. economy.

McConnell said that only two of the bills — fast track and Trade Adjustment Assistance — would be the subject of initial votes, but senators would have ample chances to address the other two bills during the amendment process.

Two hours later, even Democrats who back Obama on fast track said McConnell's restrictions were too narrow.

Lobbying for and against Obama's trade agenda hit overdrive this week. Key groups scheduled almost hourly events on Capitol Hill ahead of Tuesday afternoon's scheduled vote. Obama devoted much of the weekend to trade, visiting a Nike plant in Oregon.

Obama maintains that U.S. goods and services need better access to the 95 percent of world consumers who live in other countries.

Democratic opponents urged wavering colleagues to vote against McConnell on Tuesday, even if they might support fast track in the end. They want to force Republicans to deal first with a surveillance measure that Democrats consider more pressing. That strategy suggests Obama might have better luck on trade in a month or so, should he fall short in Tuesday's vote. But that clearly is not the White House's preference.