Wednesday evening, at The Nature Conservancy (TNC) Global Water Summit, General Mills chairman and CEO Ken Powell addressed attendees on the company's efforts to conserve and protect global water resources critical to the business. He shared the company's journey of "uber-collaboration" with... 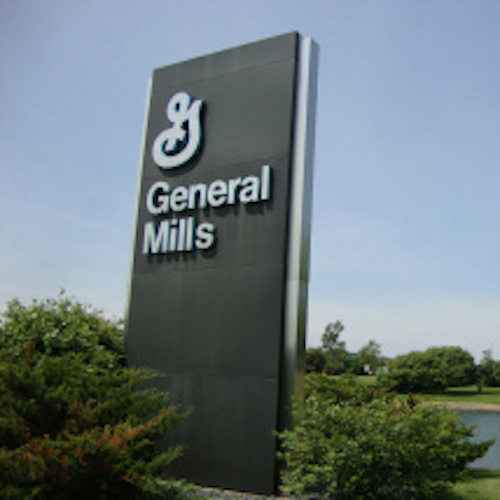 Wednesday evening, at The Nature Conservancy (TNC) Global Water Summit, General Mills chairman and CEO Ken Powell addressed attendees on the company's efforts to conserve and protect global water resources critical to the business. He shared the company's journey of "uber-collaboration" with stakeholders to improve the health of watersheds and announced significant steps the company is taking to ensure freshwater for future generations.

"As a food company, food security is important to us, and we're tied tightly to nature," said Powell. "We know that without healthy water for land, ecosystems and wildlife, agriculture simply does not work. Businesses languish. Economies falter. People suffer."

This week, General Mills released a new water policy. The policy provides the necessary framework to guide the company as it engages with stakeholders to improve the health of watersheds, particularly those critical to the company's business. The scope of the policy includes General Mills' supply chain as well as its suppliers. The policy will be overseen by General Mills' Sustainability Governance Committee, led by Powell. The company has pledged to factor water risk considerations into business decisions, including where to locate new facilities.

In addition, Powell announced General Mills' signing of The CEO Water Mandate, a public-private initiative launched in 2007 by UN Secretary-General Ban Ki-moon to encourage companies to develop, implement and disclose water sustainability policies and practices. Endorsers of The CEO Water Mandate acknowledge that through individual and collective action they can contribute to the vision of the UN Global Compact and the realization of the Millennium Development Goals.

"These initiatives put us on the record as doing our part," said Powell. "They also help us learn and collaborate, yielding a bigger impact than we could ever have alone."

The efforts announced at TNC's Summit are in addition to work General Mills has been doing with TNC since 2010. In partnership with TNC, General Mills has established a global water risk assessment of all of its plants and growing regions. Those assessments build on the company's supply chain risk analysis work with World Wildlife Fund. The company now has a clear picture of the most at-risk watersheds within its supply chain and is taking action to develop watershed health strategies for eight of the highest risk watersheds in its priority growing regions.

"We are delighted that General Mills is taking important steps to protect critical watersheds," said Mark Tercek, president and CEO of The Nature Conservancy. "It's a forward-thinking decision that will benefit the communities where the company works as well as their bottom line. General Mills' leadership sends a clear message to other companies: investing in nature is one of the smartest decisions a company can make."

Earlier this year, General Mills joined the Alliance for Water Stewardship (AWS) as a Founding Partner in support of an international standard for sustainable use of the world's limited freshwater resources. AWS offers a variety of ways to improve, incentivize and recognize responsible water use, including helping members engage key stakeholders within their watershed and supply chain.

During his remarks, Powell encouraged others to take action on water stewardship: "We encourage our peers to sign on to The CEO Water Mandate and to participate in the Alliance for Water Stewardship. We absolutely have to work together."