Study Reveals Importance Of IT In Manufacturing

New research from Ipanema Technologies and Loudhouse reveals that manufacturers are struggling to deal with increasingly complex IT estates, as 83 percent of firms report a rise in IT complexity driven by more users, increased locations, new applications, and... 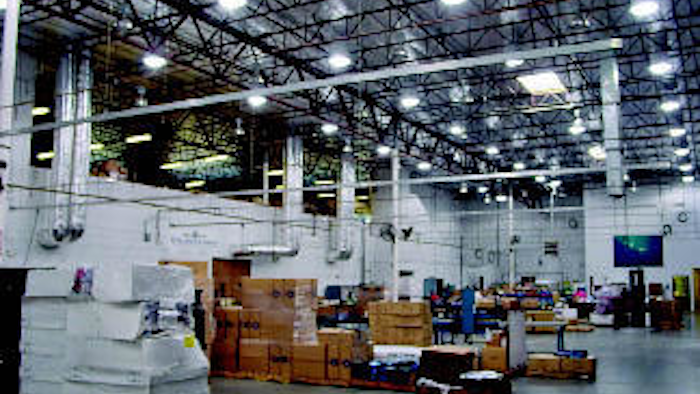 New research from Ipanema Technologies and Loudhouse reveals that manufacturers are struggling to deal with increasingly complex IT estates, as 83 percent of firms report a rise in IT complexity driven by more users, increased locations, new applications, and adoption of cloud computing. Set against this backdrop is a concerning rise in IT performance problems, with a third of manufacturersreporting that ‘application downtime’ is on the rise, compared to just 20 percent of firms that have seen a reduction in application downtime over the past 12 months.

IT leaders at manufacturing firms are in agreement that application performance remains critical to their bottom line, as research suggests poorly performing IT applications result in an average reduction in overall revenue of 20 percent. Common business problems caused by poorly functioning IT systems over the past 12 months have included: products being shipped late (42 percent), lower employee productivity (42 percent) and customer complaints (38 percent).

Today, manufacturers are struggling to address these challenges as 87 percent of IT leaders agree that guaranteeing application performance is a priority but only 27 percent have confidence in their company’s ability to rollout new applications quickly and easily. A large majority (70 percent) of firms also confirm they do not have confidence in the ability of their firm to troubleshoot application performance problems when things do go wrong.

Béatrice Piquer-Durand, Vice-President Marketing at Ipanema Technologies commented: “Manufacturing firms are facing a perfect storm of IT challenges. The business is asking CIOs to do more with less whilst demanding the benefits offered by new advanced applications like Unified Communications, cloud applications or Video Conferencing, which can be transformative for collaborative product design.” She continued: “Our research shows that as IT estates become more complex, application performance problems are on the rise and this is costing manufacturers.”

The sector’s top three IT objectives include productivity improvement (70 percent), cost reduction (71 percent) and implementing new applications such as Unified Communications (66 percent), all of which can potentially be jeopardized by networked applications that suffer slowness or non-responsiveness. In terms of specific IT projects, the sector is heavily focused on virtualization (69 percent) and supply chain IT projects (60 percent).

Béatrice Piquer-Durand added: “As manufacturers embrace trends like Cloud Computing, Unified Communications and BYOD, IT leaders need to consider a strategy for achieving an ‘application performance guarantee’. If not, they ultimately risk falling productivity as frustrated users find applications are increasingly slow or unavailable with the Wide Area Network struggling to handle competing demands.”