Processing Alligators For Food, Leather Is A Growing Business

Thousands of hunters are plying Florida waters every night this time of year, searching the swamps for a prize alligator to take during the state's annual 11-week public hunt. The Florida Fish and Wildlife Conservation Commission issued nearly 6,000 permits to the public this year, with each permit allowing... 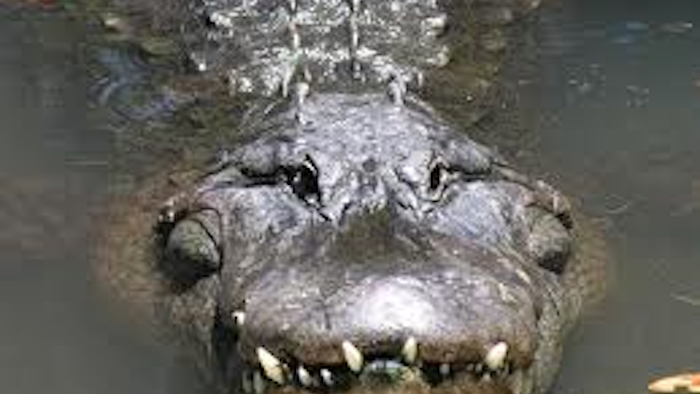 Thousands of hunters are plying Florida waters every night this time of year, searching the swamps for a prize alligator to take during the state's annual 11-week public hunt.

The Florida Fish and Wildlife Conservation Commission issued nearly 6,000 permits to the public this year, with each permit allowing a hunter to take two alligators from an assigned waterway. Private hunts on farms and managed lands occur year-round, but between now and Nov. 1 the public gets its chance at gator glory.

Driven by TV reality shows like "Swamp People" and "Gator Boys" — which feature Louisiana alligator hunters and nuisance trappers in the Miami area — the sport has grown four-fold in the last decade, from 2,164 hunters in 2002 to 8,103 in 2011. The popularity of such shows has boosted the number of hunters as well as increased demand for alligator products and meat.

"Every little restaurant wants to serve alligator," said Kelvin Townsend, an alligator farmer and processor in LaBelle. "And now that they've seen the TV shows, everyone wants to kill an alligator."

Alligators taken during the public hunt go from the swamp marshes to various markets — leather goods, preserved heads and feet to be sold at gift shops, and as different meat products. All the work that goes into the process, and the number of people involved, make the meat and leather expensive. Cutlet and ribs go for about $18 a pound online and at specialty meat markets and delis.

Hunters can make several hundred dollars during the public hunt, recouping their $272 harvesting permitting with pocket change to spare. The amount paid is based on the size of the alligator and the quality of its skin. Hunters can take their alligator to a processing facility like Townsend and Sons in LaBelle, keep the meat for themselves and sell the hide.

Hunters also sell to middlemen buyers, companies that wait at public boat ramps to buy alligators from hunters and then take them processing facilities.

Processing facilities must be certified by the USDA in order to legally sell meat to the public or restaurants. Securing the certification — which allows USDA to conduct random testing at meat plants — is not the only challenge. The smell produced when skinning and processing alligator meat is somewhat gamey — somewhere between a fish market and a pile of hamburger meat.

"The blood holds a certain smell on your hands," Shawn Townsend, of Townsend and Sons, says while sorting packages of gator sausage in a car-sized freezer.

When asked if he eats alligator, he says: "We call it gator Jell-O. If you haven't skinned an alligator, it's good to eat because you don't know that smell. I'm just glad I don't cut up lobster and steak."

It's a relatively new business model — creating a demand for alligator leather products made in the United States. Brian Wood, owner of All American Gator in Hollywood, says he sees great potential. European fashion designers buy alligator skins for a few hundred dollars and transform them into jewelry and clothes that sell for tens of thousands of dollars.

Wood wants to see that business model on a more local level, either cut off the Gucci's of the world or at least give them competition for leather products that originally come from states like Florida and Louisiana.

He's showed his alligator leather goods and product as the International Boston Seafood show for the last 16 years. He also travels to Las Vegas in hopes of building American brands that will, one day, sit alongside Prada and other European labels.

"I've branched out into the leather because that's where the money is," said Brian Wood, owner of All American Gator. "We do belts and purses, jackets, briefcases. We did a $36,000 three-piece couch. I just got two motorcycle seats in."

Wood buys alligators from hunters at public boat ramps. He and his sons spend countless hours at various ramps around the historic Everglades, from the north end of Lake Okeechobee to lands south of Alligator Alley. Alligators caught south of I-75 can't legally be sold, as mercury levels are too high.

Wood said this arm of the alligator hunting and hide industry revolves around designer watch bands, belts, brief cases, and purses, which cost $50,000 or more when branded by companies like Gucci.

"It's the most expensive leather in the world," Wood said. "It's just a unique leather, and it takes so much to get it to the market. From the marsh to the market, a lot of people are handling it. It has to go up in price with each person, but once Gucci gets it the price goes through the roof."

Two alligator hides of certain size are enough to produce one purse. Wood sells those hides for about $500, and the final product costs more than a Ford Expedition SUV because "I'm not Gucci or Prada. I'm Brian Wood."

"As the market is created, there is only so much product. As the demand goes up, the supply goes down and the prices go up," Wood said. "Rather than selling them salted raw to Italy and France, we can keep it here and tan it, have nice leather and have something that's more affordable and made in the United States."

Although alligator meat sales are small in comparison to beef, chicken, fish, and other more familiar meats, some specialty butcher shops in Southwest Florida are seeing an increased demand for alligator meat. The standby "it tastes like chicken" is what most people here say when they ask about alligator meat at a restaurant or market.

Popular ways to prepare alligator include fried (the most popular), braised, grilled, and even made into a white breakfast gravy to be put over warm biscuits. The types of cut offered vary from tenderized cutlet to alligator sausage.

Jimmy P's Butcher Shop and Deli in Naples carries everything from ground elk to antelope, but gator meat, butcher Leonard Willis said, is king of the game meats.