Prattville Seeks To Save Industrial History

When Prattville Mayor Bill Gillespie Jr. was informed Aug. 8 that one of the Continental Eagle buildings was on fire, nightmare scenarios played through his head. In September 2002, an arson fire destroyed the Gurney Building, a blocklong, three-story structure built in ... 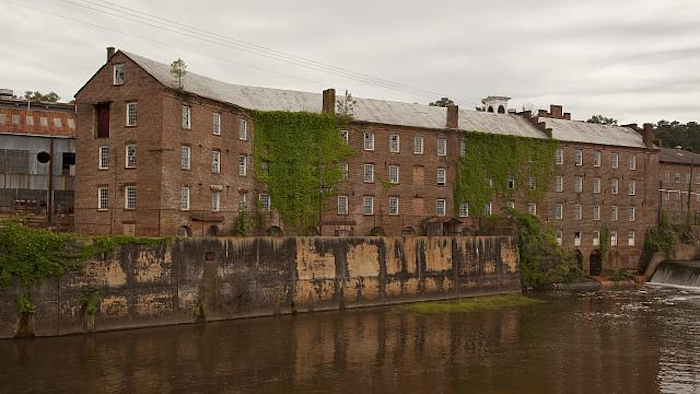 When Prattville Mayor Bill Gillespie Jr. was informed Aug. 8 that one of the Continental Eagle buildings was on fire, nightmare scenarios played through his head.

In September 2002, an arson fire destroyed the Gurney Building, a blocklong, three-story structure built in the 1850s as a textile mill by Daniel Pratt, the town's founder and namesake. The building was vacant, and several developers were interested in the property at the time of the conflagration.

The Gurney blaze was on Gillespie's mind when the fire call about Continental came in.

"The taxpayers of Prattville got their money's worth that night."

The fire was contained to an office in the 1912 masonry building, said Battalion Chief Jay Hawthorne of the Prattville Fire Department. The sprawling complex of buildings covers about 32 acres downtown.

Continental Eagle still makes cotton gins, but the company moved local production overseas and the buildings have been vacant since 2010.

Since then, city leaders and preservationists have been focused on saving the historic buildings.

"The reason Prattville is here is because of the gin shop and the other buildings that Pratt built," Gillespie said. "They are part of our history. Those buildings are a big part of what makes Prattville, Prattville."

The Historic Prattville Redevelopment Authority has stepped in to make repairs on the property. Last year, the HPRA repaired a section of the roof in the 1848 building to prevent future weather damage. HPRA also is working to secure the sight, repair fences and take other steps, said Tom Newton, chairman of HPRA.

For its part, the Prattville Police Department will be stepping up patrols, Chief Mark Thompson said.

Along with the recent fire, three men gained access to the property this past March. One of the men was seriously injured when he fell through the roof of one of the four-story metal production buildings.

Technically, the complex is on private property. That won't stop officers from patrolling, Thompson said.

"Due to the historic significance of the property, and the fact that it is dangerous in its current condition, we are going to step up our presence," Thompson said. "We are going to use foot patrols, bike patrols and vehicle patrols. We're going to do everything we can to secure and preserve that property."

Depending on which source you use, Pratt began planting the seeds of his industrial empire along the banks of Autauga Creek as early as 1832. The "gin shop," as the property is known to locals, was where Pratt built his cotton gin factory.

The three earliest masonry buildings in the complex were built in 1848, 1852 and 1854, according to Richard O'Conner, chief of the Heritage Documentation Programs of the National Park Service. In a letter dated Dec. 22, 2011, to Frank H. White, executive director of the Alabama Historical Commission, O'Conner said the buildings themselves were invaluable.

"They are solid, well-built structures that have withstood the tests of time, weather and industrial change, and represent some of the last of their kind anywhere in the United States," O'Conner wrote.

Pratt, a New Hampshire native, picked the fall line of the creek to provide water power to drive his dream. His empire grew from the gin shop to include cotton spinning mills, a foundry, sash-and-door mill and lumberyard. He laid out the streets of Prattville and ensured plots of land were set aside for churches and schools.

His efforts produced something unique in the Deep South, Bob Gamble of the Alabama Historic Commission said in a 2011 interview. Most Southern cities are designed around a common square, where Prattville's downtown is designed around the manufacturing and industrial buildings.

"So what you have in Prattville is a New England village effect," Gamble said. "It was common in New England in the 19th century to have towns built around the industrial complex. That's why preserving his original buildings is so important. It is very rare to see that type of architecture in the South.

The perfect solution is for a developer to come in. Pratt Mills LLC has announced a desire to build up to 160 loft apartments using the five historic masonry buildings.

Melanie Sanders of Prattville would like to see the apartments go through, with maybe a restaurant or two overlooking the mill pond. She was watching her bulldog, Milo, frolic in Autauga Creek on Friday afternoon, just downstream from the gin shop.

"Just look at how pretty the creek is here," she said. "The mill pond is beautiful. You get a couple of good restaurants, maybe a deli and some really cute shops to go in with the apartments. That will be good for downtown Prattville, and all of Prattville really."

Along with doing repairs, the HPRA also is working to help market the property.

"HPRA will do anything it can to help facilitate the preservation of this very important part of the history or Prattville and to help make sure it becomes a part of our future," Newton said.

He declined to give specifics about any deals that might be in the works, citing confidentiality agreements.