Deere To Lay Off About 460 From Tractor Plant

Agricultural equipment maker Deere is laying off about 460 employees indefinitely from an Iowa tractor factory as it continues to adjust to market demand. The Moline, Illinois, company said Friday that ... 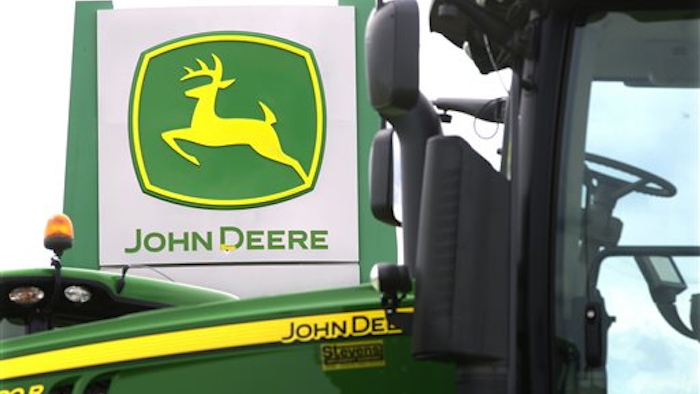 Agricultural equipment maker Deere is laying off about 460 employees indefinitely from an Iowa tractor factory as it continues to adjust to market demand.

The Moline, Illinois, company said Friday that the latest round of layoffs will be effective October 20. Deere said last week that it would lay off more than 600 employees at four Midwest factories that make harvesting and other agricultural equipment due to slumping demand.

The latest layoffs will happen at the company's Waterloo, Iowa, operations. Last week's announcement involved factories in East Moline and Moline, Illinois, as well as Ankeny, Iowa, and Coffeyville, Kansas.

The company said also said last week that it was implementing seasonal and inventory adjustment shutdowns and temporary layoffs at those factories as well as one in Ottumwa, Iowa.

Deere's third-quarter profit dropped 15 percent as sales weakened, and the company said earlier this month that it planned to reduce agricultural equipment production for the remainder of the year. The company had hired several hundred manufacturing employees in recent years to meet demand for products made in its Midwest factories.

"We match the size of our manufacturing workforce with market demand," spokesman Ken Golden said on Friday.

Experts say he's either converting part of his fortune to cash — or saving for even bigger bills.
Nov 19th, 2021

It includes an expansion of its biscuit bakery there and a new sales fulfillment center.
Nov 18th, 2021

ABB and Zume to Accelerate Transition Away from Single Use Plastics

The technology can measure and predict odor intensity at wastewater plants.
Nov 17th, 2021
Follow Us
Most Recent