A livestock feed company intends to contest citations and proposed penalties issued by federal safety regulators after the collapse of an Omaha plant that killed two employees. International Nutrition has notified the Occupational Health and Safety Administration that it will ... 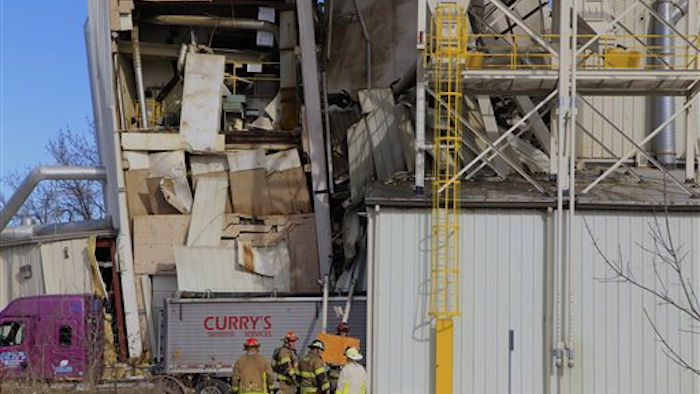 A livestock feed company intends to contest citations and proposed penalties issued by federal safety regulators after the collapse of an Omaha plant that killed two employees.

International Nutrition has notified the Occupational Health and Safety Administration that it will fight the August deadline for fixing what OSHA says are safety violations, the Omaha World-Herald reported Wednesday (http://bit.ly/1oKpmiN ).

The case now goes to an administrative law judge for a hearing and to the Occupational Safety and Health Review Commission. Their decisions may be appealed to a federal appeals court.

Federal safety investigators said last week that overloaded storage bins on the roof of the Omaha plant caused the building collapse on Jan. 20, killing 47-year-old David Ball and 53-year-old Keith Everett. Several other workers were injured, and four were trapped in the rubble and had to be rescued by firefighters. The plant made nutritional products that are added to livestock and poultry feed.

International Nutrition officials said last week that they strongly disagreed with OSHA's conclusions, and they denied knowing beforehand of anything that might have contributed to the collapse.

OSHA cited International Nutrition for 13 violations of safety and health rules and proposed nearly $121,000 in penalties. Many of the cited violations were related to combustible-dust hazards and failure to follow respiratory protection standards. OSHA also issued a citation for what it said was a repeat violation for allowing workers to use compressed air beyond permissible limits.

OSHA records show that International Nutrition was assessed more than $13,000 in penalties for a 2002 accident that killed a 45-year-old worker. The worker died when he fell into a moving mixer he was cleaning.

The plant also was cited for six safety violations in 2012. They included a lack of facilities to flush dangerous chemicals from workers' eyes and skin, and concerns over the lack of safeguards for some equipment.