Energy company BP warned Tuesday that further international sanctions on Russia could hurt its profits because of its stake in the country's oil giant, Rosneft. 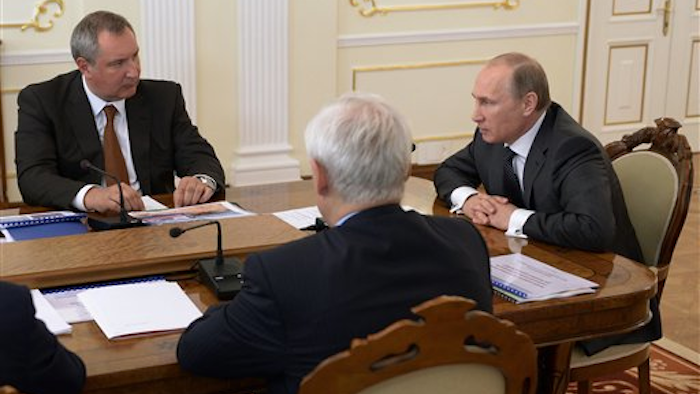 LONDON (AP) — Energy company BP warned Tuesday that further international sanctions on Russia could hurt its profits because of its stake in the country's oil giant, Rosneft.

The company said any erosion of its relationship with Rosneft — which is majority controlled by the Russian state, with BP holding a 19.75 percent stake — could also adversely impact its reputation.

The U.S. has already put sanctions on Rosneft's president and prohibited the company from tapping U.S. markets to raise money. The European Union is this week also considering broadening its sanctions to prohibit state-owned companies from using European capital markets.

Rosneft's president, Igor Sechin, was hit early with U.S. sanctions as he is seen as the mastermind behind the 2003 legal assault on the private oil company Yukos, whose founder, Mikhail Khodorkovsky, was imprisoned following his disputes with the Kremlin. Rosneft seized the most lucrative elements of Yukos and it became Russia's largest company.

More potential troubles for Rosneft emerged Monday when an international tribunal ordered Russia to pay $50 billion to Yukos shareholders. The court ruled Russia had used tax claims to take control of Yukos in 2003 and silence Khodorkovsky in retaliation for his support of political parties.

BP's warning on the impact of more sanctions came as the company announced that its main measure of earnings — replacement cost profit — rose 33 percent to $3.18 billion from $2.40 billion for the same quarter a year ago.

Shares in the company were down 0.8 percent in morning trading in London.