Obama To Tout Community College Plan At IN Town Hall

President Barack Obama's proposal to make two years of community college free will get a key test Friday as he travels to Indiana, a red state where making college more affordable and increasing graduation rates are squarely in the spotlight. Obama's plan is part of a proposed budget that increases taxes on the wealthy and aims to... 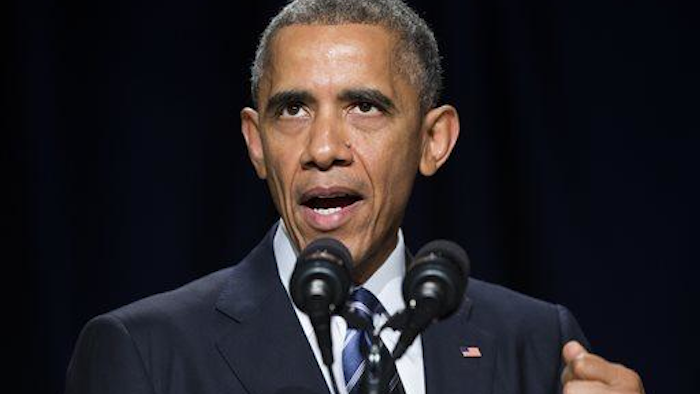 President Barack Obama's proposal to make two years of community college free will get a key test Friday as he travels to Indiana, a red state where making college more affordable and increasing graduation rates are squarely in the spotlight.

Obama's plan is part of a proposed budget that increases taxes on the wealthy and aims to boost the middle class. It has gotten a cool reception among Republicans who control Congress, but it has support from education leaders who are concerned about making college affordable, closing the nation's skills gap and ensuring that more students who walk in the door leave with a degree.

"We think that it's a false promise to provide an opportunity for college without a reasonable chance for success," said Stan Jones, president of Indianapolis-based Complete College America, which helps states streamline remedial-education programs and motivate students to attend college full time.

About 40 percent of U.S. college students attend community colleges, but just 25 percent to 30 percent of those students graduate after three years, Jones said. Indiana has one of the nation's lowest college attainment rates, with only about a third of the state's adults holding a degree, and Republican leaders have looked for ways to boost education without increasing taxes.

Indiana has one of the nation's largest community college systems in Ivy Tech Community College, where Obama is scheduled to speak Friday afternoon. The statewide system enrolls almost 180,000 students, nearly half of whom fail to finish a degree within six years. In 2014, Obama named Ivy Tech one of 24 Youth CareerConnect grant recipients selected to partner with schools to integrate higher education and training into their curriculum to boost college enrollment and graduation rates.

Ivy Tech President Tom Snyder welcomed Obama's plan to make the first two years of community or technical college free, saying it could help control student debt and offer the same kind of access to higher education that the GI Bill and Pell Grants did.

But the proposal could be a tough sell in Indiana and other Republican states, both because of its potential cost and the strings attached. States would have to cover about a fourth of the program's estimated $60 billion cost over 10 years, and they would have to meet other criteria, including reducing the need for remedial classes.

"There is really no free. Somebody else has a burden someplace else," said Republican state Rep. Tim Brown, chairman of the Indiana House Ways and Means Committee.

Brown believes students are more invested in their education when they're responsible for paying for it. "With responsibility of that education comes some ownership," he said.

Indiana Republican Gov. Mike Pence, who recently urged a congressional panel to give states more flexibility in how they use federal education money, said in a statement that the state would evaluate funds to help residents attain college degrees if Congress makes them available. But he noted that most Indiana students who attend community college already do so at no cost or at deep discounts.

Pence has pushed for vocational and career education in high schools to ensure students who aren't headed to a four-year college have skills to get entry-level jobs in manufacturing, health care and other industries. The state also is working with adults who started but didn't finish college and with first-generation students to help them complete their degrees.

Indiana Commissioner for Higher Education Teresa Lubbers said those efforts and Obama's plan send a message that higher education is more important than ever.

But they can't succeed if students don't finish their degrees, she said.

"Even if you provide access and financial assistance, if a student doesn't complete, then all of those efforts have not paid off," she said.