The accused in a chocolate price-fixing case could face a bitter fate if convicted — millions of dollars in fines for the companies and potential jail time for the individuals.Canada's Competition Bureau said Thursday it is laying criminal charges against Nestle SA's Canada arm, Mars Inc.'s Canada division and ITWAL Ltd., a network of independent wholesale distributors. 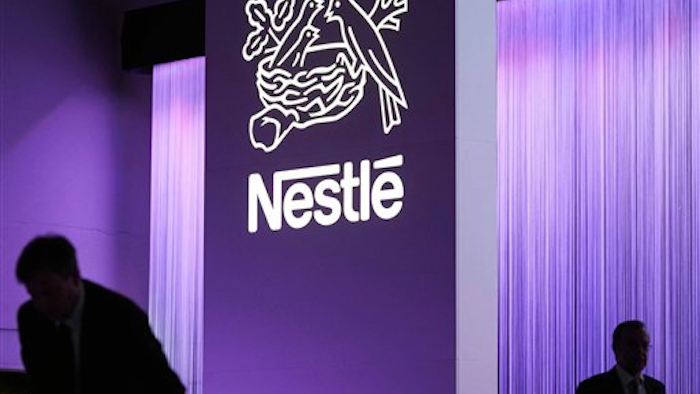 OTTAWA, Ontario (AP) -- The accused in a chocolate price-fixing case could face a bitter fate if convicted — millions of dollars in fines for the companies and potential jail time for the individuals.

Hershey Canada Inc. is also pleading guilty to one count of price fixing, subject to court approval. Hershey Co.'s Canada division cooperated with the investigation and the agency recommended that the company receive lenient treatment.

"We are fully committed to pursuing those who engage in egregious anticompetitive behavior that harms Canadian consumers," said interim competition commissioner John Pecman. "Price-fixing is a serious criminal offense and today's charges demonstrate the Competition Bureau's resolve to stop cartel activity in Canada."

The bureau says it must not only prove competitors agreed to fix prices, but that the agreement would likely have "an undue economic effect" on the market.

In separate statements, both Nestle and Mars said they intend to "vigorously defend" themselves against the charges, which date back to 2007 and earlier. A statement from ITWAL was not immediately available.

The bureau found out about the alleged scheme through its immunity program, under which the first party to disclose an offense or provide evidence may receive immunity, provided it fully cooperates. Subsequent parties that help out in an investigation may receive lenient treatment.

Hershey Canada said it reported communications with competitors related to the price fixing from 2007 to the Competition Bureau. Its current senior management, as well as parent company Hershey Co.'s leaders, were not involved in fixing prices, the company said.

Canada's Competition Act's current conspiracy provision could mean a fine of $25 million as well as imprisonment of up to 14 years. But since the price-fixing took place under an earlier provision, the penalties are less harsh. In this case, the accused face a fine of up to $10 million as well as a prison term of up to five years.

The bureau says proving the law was broken will also be more complicated under the old rules.