The Navy was cited for 21 serious violations stemming from three OSHA inspections conducted in 2011. "Exposing workers to metals such as lead, cadmium and beryllium can result in serious illness and even fatal respiratory disease," said Jay Vicory, director of the agency's office in San Diego. 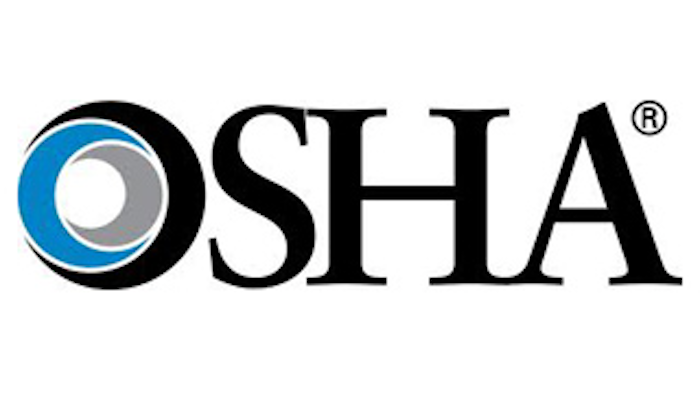 SAN DIEGO (AP) — The Navy has been cited for safety violations that exposed hundreds of employees at an aircraft hangar in Coronado to toxic materials such as lead, cadmium and beryllium, the U.S. Department of Labor's Occupational Safety and Health Administration announced Thursday.

OSHA inspectors found widespread contamination at the Coronado aircraft maintenance facility, including in areas where the 350 employees stored and consumed food, said Jay Vicory, director of the agency's office in San Diego. The facility is a part of the Navy's Fleet Readiness Center Southwest and works on repairing F-18 fighter jets.

The Navy was cited for 21 serious violations stemming from three OSHA inspections conducted in 2011. OSHA said a serious violation occurs when there is substantial probability that death or serious physical harm could result from a hazard about which the employer knew or should have known.

Vicory said OSHA closely checked the facility after receiving complaints from employees. He said he did not know if any had fallen ill but OSHA plans to recommend an assessment be done by the National Institute of Occupational Safety and Health, which is part of the federal Centers for Disease Control and Prevention.

"Exposing workers to metals such as lead, cadmium and beryllium can result in serious illness and even fatal respiratory disease," Vicory said. "We are encouraged by the Department of the Navy's response to OSHA's intervention, and we are working cooperatively with that department to further mitigate the hazards uncovered."

The Navy was cited for two alleged willful violations, including for using dry sweeping, which may be used only when vacuuming or other methods to minimize the likelihood of cadmium dust becoming airborne have been tried and are not effective. A willful violation is one committed with intentional knowing or voluntary disregard for the law's requirements, or with plain indifference to worker safety and health, OSHA said.

Navy spokesman Michael Furlano said the Navy is implementing an extensive plan to address the problem.

Workers have been asked to notify the Navy if they have any health issues that could be related to the exposure.

The Navy is removing lead that was found in paint on the walls of the building that is almost 100 years old. The lunch rooms have been closed for now. When they reopen, Furlano said, the Navy will step up its enforcement of policies requiring employees to remove their work coveralls before entering them, he said.

Employees will now mop areas where cadmium is used. Cadmium prevents corrosion on aircraft. The facility is also undergoing an industrial cleaning that will pull out decades-old residue from toxic materials. For instance, beryllium, Furlano said, had not been used there in years but was still detected in the building during the inspection.

"Obviously, we're committed to the safety of our personnel and we're not going to take this lightly," Furlano said.