Hangover Cure 101: Research Says This Drink is the Perfect Remedy 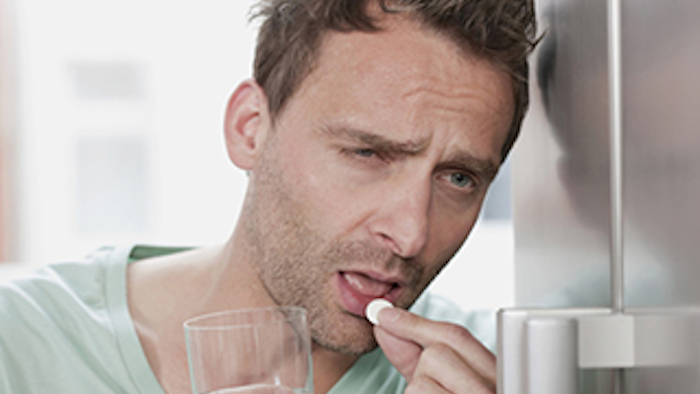 It’s finally Friday, and after a dreadfully long work week, you decide a night out with your buddies is the perfect remedy.

But if you haven’t yet noticed, you aren’t still that 21-year-old kid who could wake up the next morning and return to your daily rituals as if those six shots of tequila didn’t even happen.

Oh no — not even close. Saturday morning comes and, as expected, you are cursing your decision of going out last night. Pounding headache? Oh yeah. The merry-go-round spins? These are the worst!

I don’t know about you, but I’ve heard of and tried just about every remedy out there: from Advil to milk to greasy foods, nothing ever does the trick.

But drinkers who battle these hangover symptoms may now find relief with a new “anti-hangover drink” on the market. Where was this stuff when I was in college?

New research presented at the 12th Annual Scripps Natural Supplements Conference shows that these remedy beverages may be the golden ticket for hangover sufferers.

The trick? Consuming one of the beverages with every few drinks of alcohol, and then another one right before bed.

According to the Medicus Research founder Dr. Jay Udani, RESQWATER contains ingredients such as prickly pear and milk thistle that possess anti-inflammatory and antioxidant properties that have been shown to reduce hangover symptoms.

The participants in the study were included because they noted they often feel hungover after consuming alcohol.

The study revealed that the beverage helped to speed the recovery from the symptoms of a hangover. Participants scored significantly higher on cognitive function tests than when they consumed a placebo.

“This may help reduce the cognitive slowing or “fogginess” that may accompany the ‘morning after’ drinking,” Udani said.

“While there are a number of factors that can determine severity of a hangover, our test group of mixed age and gender had the same meal, consumed the same type of alcohol and reached the same blood alcohol content,” Udani said.

What do you think? Would you give this drink a try or do you have a proven strategy for the terrible morning after?