According to a February article in The Atlantic, if women moved into jobs in manufacturing, skilled trades, or transportation in greater numbers, they could increase their earnings by up to 30 percent. Nearly half of low income women work in low-pay industries. 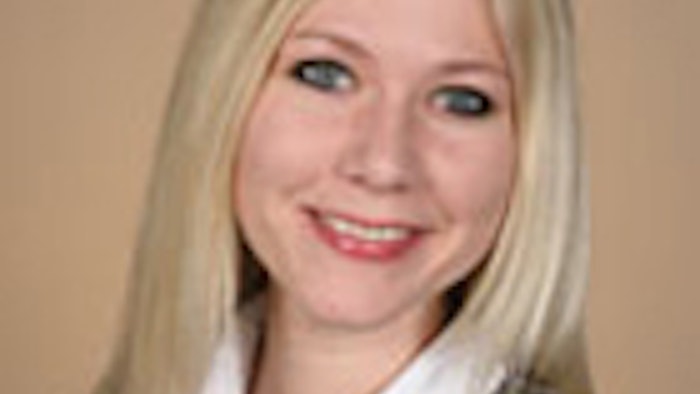 This article first appeared in the May print issue of IMPO.

I’ll be the first to admit, I don’t have much for technical skills. In college, I changed majors several times trying to determine what I wanted to do with my life. I finally settled on English, figuring that – book nerd that I was – there was no better way to spend my four years than reading and writing. In the early 2000s, we weren’t as concerned about job opportunity. I had the luxury of picking something I liked and, with little to no research about my actual prospects, away I went.
In this issue, back page columnist Mike Collins talks about the economic value of college majors. Citing a 2009 census study, Collins points out that 38 percent of majors obtained provide a starting wage of less than $33,000.
According to the Project on Student Debt, seven in 10 college seniors (71 percent) who graduated last year had student loan debt, with an average of $29,400 per borrower. At $33,000 per year starting, it will be difficult for many of these graduates to even begin making a dent in what they most likely owe.
In Collins’ column, he argues that the answer to this problem lies in students obtaining skills certifications for specific jobs. While we can’t force Millennials to make these wise decisions, we can support initiatives designed to address manufacturing image problems, as well programs that target demographics that offer strong promise or are often underrepresented.
SME, in partnership with Connecticut. Dream It. Do It., is hosting a female student program at the Mfg4 event in Hartford, CT this month. The “Making it Real: Girls & Manufacturing Summit” will tap into today’s female manufacturing leaders to inspire the next generation of leadership and talent. Launched in December 2010, Connecticut. Dream It. Do It. is part of a nationwide career awareness and recruitment program focused on creating a positive image of 21st century manufacturing.
According to a February, 2014 article in The Atlantic, if women moved into jobs in manufacturing, skilled trades, or transportation in greater numbers, they could increase their earnings by up to 30 percent. The article points out that nearly half of low income working women work in low-paying industries like housekeeping, retail, and food service. “Yet while the mean annual income in 2012 for all workers in the accommodation and food-service and retail sectors was $22,800 and $26,960, respectively, the mean for those in manufacturing jobs was $47,240, according to the Bureau of Labor Statistics.”
Another group ready to take the wheel is military veterans. Recently, Manufacturing.net’s Joel Hans reported that 400,000 military people will be leaving in the next two years, and there’s a massive potential to supply a demand in manufacturing that’s increasingly dire. “When it comes to technical skills, it would be harder to find people acquainted with more advanced machinery than veterans,” Hans says.
While the most recent report says the U.S. unemployment rate is the lowest since 2008, the resurgence may not be impacting all industries equally. Employment gaps facing industries like health care, biotech, and manufacturing highlight a bit of a skills mismatch – the consequences of which could be slower growth. According to Boston Consulting Group, “without aggressive action, severe shortages could materialize as we near the end of the decade and as industrial growth continues and the retirements of skilled workers mount.”
So besides passing along your influence to your children – who may or may not have an interest in listening – think about ways to support the kinds of endeavors that develop the skills we need. This could be a big project, so it’s important that we start now.
Latest in Operations