Accident or Miracle? These Popular Foods Were Made by Mistake

The next time you're experimenting in the kitchen and your creation comes out looking less-than-perfect, don't be so quick to trash it. You never know, that fluke might just be a masterpiece. Take a look at these popular foods that were created by mistake. 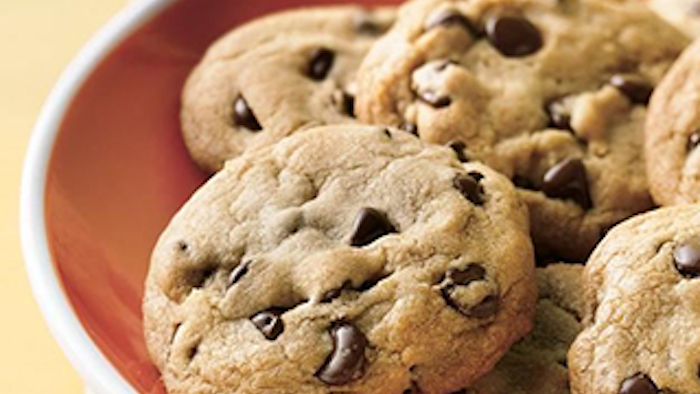 I'm all for a healthy palette of food, but who doesn't enjoy an ice cream cone once in awhile? (Mint Chocolate Chip piled high on a sugar cone is certainly my downfall.)

As we enjoy this sunny first day of June, I'm thinking I just may have to indulge in one this evening. But who knew the invention of the ice cream cone was actually a mistake?

Apparently, in 1904 an ice cream salesman who was selling his goods at the St. Louis World's Fair ran out of bowls to serve it in. His solution? Rolled pastries.

Hamwi decided to help out his neighbor by rolling up some pastries. There you have it folks, the birth of the ice cream cone.

But the ice cream cone isn't the only "accidental" food on the market.

That's right, the popsicle wasn't some well-planned, genius creation. In fact, it was an 11 year old, Frank Epperson, who left his soda sitting outside with a stick in it.

The soda froze overnight and the stick was left sticking upright.

While this happened in 1905, it wasn't until years later that Epperson applied for a patent for his frozen treat, originally called the "Epsicle."

Well this is just blasphemy! How could these ooey, gooey desserts from Heaven be a mistake?

In 1937, the Whitman Massachusetts Toll House Inn owner Ruth Wakefield decided to use chocolate in her cookies in place of the butter.

Wakefield often made homemade food for her guests, but it was on this day that her guests got a surprise. Instead of making butter cookies, she thought she would make them all chocolate.

So she cut up a bar of Nestlé chocolate into little pieces and added them to the dough. She expected the chocolate to melt completely, leaving her with all chocolate cookies.

Instead, when she pulled the cookies out of the oven she saw the chips hadn't melted at all. The chocolate chips had kept their form.

And guess what? The guests loved it!

Since it was Nestlé's chocolate that Wakefield had used, she went to the company with her recipe for "Chocolate Crunch Cookies," and was granted permission to include her recipe on the back of their chocolate bars.

In 1939 the Chocolate Morsels that we know today were officially introduced by Nestlé.

What did she get in return? All the chocolate she could ever want to keep on baking those delicious cookies. Sounds like a deal to me!

So the next time you're experimenting in the kitchen and it comes out looking less-than-perfect, don't be so quick to trash it. You never know, that fluke might just be a masterpiece.