In her groundbreaking study analyzing factors contributing to achievement, Angela Duckworth identified having “grit” as the number one predictor of individuals’ success. 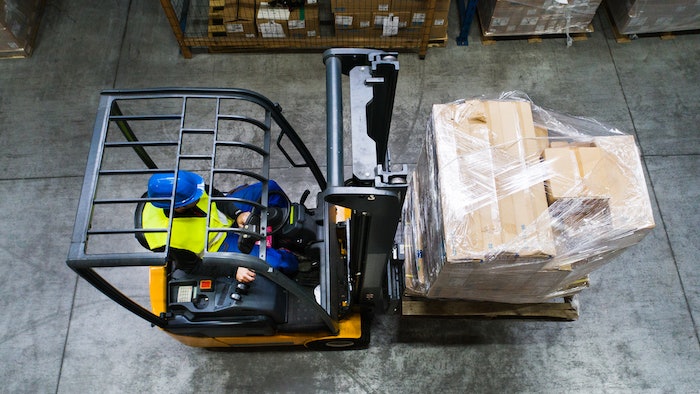 In her groundbreaking study analyzing factors contributing to achievement, Angela Duckworth identified having “grit” as the number one predictor of individuals’ success. Duckworth defines grit as a combination of passion and perseverance over time and through obstacles.

If you’ve undertaken a digital transformation effort, you know firsthand that grit is an essential component. Obstacles are plentiful, and the finish line often becomes a moving target.

You’re not alone in this struggle. However, if you keep pushing through, you might single yourself out from the competition.

McKinsey & Company analyst Enno de Boer recently noted that “84 percent of companies were stuck in pilot mode for more than a year and 28 percent for more than two years.” He pointed out that many of these pilots end not with a bang, but with a fizzle.

That’s a shame. Because as Duckworth and Dr. Thomas Lee have found, embracing the discomfort of change and pushing forward through tough challenges are vital steps toward innovation.

So how do you develop grit? Like many challenges to modernizing manufacturing, it comes down to your people.

In a recent article for the Harvard Business Review, Duckworth and Lee explored the idea of developing “gritty teams” in the context of the healthcare industry. Although they focused on health care organizations, the authors noted that their findings have broad application to a variety of industries and are consistent with similar research across business sectors.

Gritty teams possess a commitment to continual improvement, a shared mission, a defined roadmap, cross-functional expertise and perspectives, and a clear hierarchy of priorities. Perhaps most importantly, they also demonstrate what Carol Dweck called a “growth mindset,” or the willingness and ability to learn from failures as a means of improvement.

Notice that talent doesn’t make the list as a causal factor. Their case study seems to suggest instead that talent and skill are the natural outcomes of grit.

That’s good news for manufacturers. Because in an industry that’s experiencing rapid technological shifts and a severe shortage of trained workers, focusing on grit --- instead of technical skill --- could be a game changer.

In the past five years, the manufacturing sector has seen astounding improvements in processes, technology, and the ability to collect and manage data.

However, we’ve fallen far behind when it comes to attracting, developing, and retaining the right people. In nearly every manufacturing study or survey conducted over the past several years, a skills shortage or labor gap is identified as one of the top challenges manufacturers face.

This problem goes beyond difficulties in hiring and recruitment. It is made even more frustrating by mounting opportunity costs. Potential productivity gains made possible through new technology are going unrecognized with technological progress hampered by workforce shortages.

To boost the talent recruitment pool, experts from a wide range of industries have weighed in on the need to skill-up the nation’s workforce, increase recruitment efforts, and change the public’s perception of manufacturing. All of that is necessary.

But might we also find a new way to do more with less by focusing on building gritty teams among our existing workforce?

I think it’s a promising idea, but it’s going to rely on a cultural shift.

Too often, we see manufacturers approach digital transformation efforts in the same way they might tackle the introduction of a new piece of equipment on the shop floor. They “install” the new technology or system, then provide minimal training and wait to collect their anticipated returns. Deloitte researchers have coined the pithy phrase “random acts of digital” to describe this problem.

We use the word “transformation” in describing these efforts for a reason. To truly modernize your manufacturing organization --- and to succeed in the world of Industry 4.0. --- companies have to develop a whole new mindset. They can start by making it clear that everyone, from the assembly line worker to the CEO, is responsible for driving innovation.

In the Duckworth and Lee case study, organizational leaders took an intentional approach to fostering cross-functional collaboration, encouraging honest feedback, and creating an environment in which it was ok to fail, as long as it was in pursuit of continual improvement.

MIT researcher Stephanie Woerner, in a recent podcast from the Wharton School of Business, called for a similar approach to management.

“If you just layer a digital business unit onto the enterprise without fundamentally changing the organization, you’re not going to succeed,” Woerner said. “There is some very complicated, deep background work that’s got to be done. What you’re talking about is this culture that’s going to change in terms of cross-functional collaboration. There’s going to be a lot more of it. [...] If you really look at the ways of working, we’re seeing a lot more test and learn, a lot more experimentation.”

All In for the Long Haul

Bringing this about is going to take a dedicated, long-term investment from company executives.

As de Boer pointed out, a lack of leadership is a critical factor in failed digital transformation efforts. He shared the story of a manufacturing company whose IT team had spent three years integrating the latest manufacturing technologies without any knowledge of the supply chain.

He wrote “The executives struggled for hours and finally accepted that resources had been wasted on shiny pilots… They realized the hard way they needed a cross-business unit and a cross-functional effort.”

In other words, culture change is about leadership, not management. The C-suite has to model a growth mindset and an ongoing passion for these efforts if the rest of the organization is to buy in. Success comes when they persist through the long haul and when the going gets tough. So few companies manage to achieve that tenacity that the mere act of continual forward momentum --- no matter how small --- is a key differentiator.

As tennis great Chris Evert said, “If you give up, you’re like everybody else.”

Andrew Rieser is President and Co-Founder of Mountain Point.