A look at how wireless technology is pushing its way into mainstream industrial engineering and how, when coupled with the cloud, can boost productivity and cut costs in the long term. 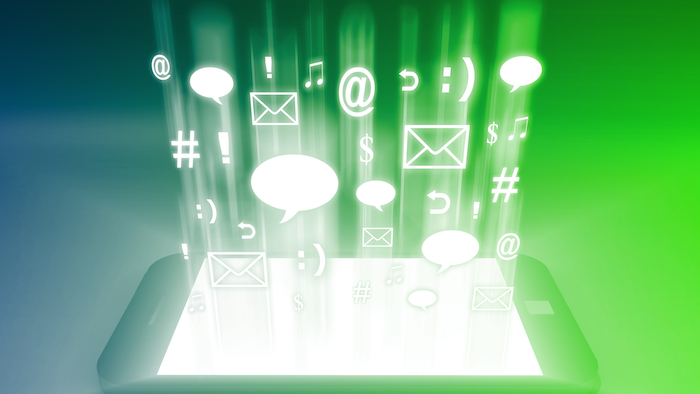 The manager of a water treatment plant is responsible for providing us with usable drinking water. In his role he oversees industrial-scale equipment and water tanks that facilitate everything from aeration to disinfection. The maintenance engineers who report to him/her are responsible for protecting that critical equipment. At each point in this cycle is an opportunity for wireless technology. The push buttons that operate the machinery and treatment plant itself can be controlled wirelessly. The safety and limit switches that open and close the service doors of the treatment rooms can be signaled wirelessly for better moisture protection.

This is not a vision of the future. This is modern manufacturing and it’s here today. In our first post of this two-part series, we took a look at the developments in cloud technology empowering field engineers and facility managers to control a factory without ever setting foot inside of it. In this post we look at how wireless technology is pushing its way into mainstream industrial engineering and how, when coupled with the cloud, can boost productivity and cut costs in the long term.

Proximity sensors, push button switches and limit switches are the fastest growing components of wireless manufacturing today. Not only can all three automate much of the line production, but they can also minimize the margin for error. Take for example the bottling industry which, as we discussed in part one, is a big industry in the United States. Push button sensors can wirelessly control multiple lines — turning specific sections of the lines on and off — to fill multiple bottles simultaneously and automatically.

On the other end of that production line, limit switches and proximity sensors work hand-in-hand to keep everything in its place. A conveyor belt tagged with wireless proximity sensors can use deflectors to stop stray bottles in their tracks, moving them in a different direction if brought within a certain distance. Limit switches can even shut the entire machine or production line down if a bottle goes astray.

For all of the cutting-edge wireless applications already on the market, there are a whole host of game-changing solutions still in development that will soon break through the surface of modern manufacturing: motion sensors, photoelectric sensors, key lock switches and rotor switches are all changing the way facility managers think about industrial maintenance and plant operations.

As more wireless solutions go into development, more facility managers are raising concerns over the implications of going wireless. The notion that the security of a factory, for example, could be compromised through wireless switches and sensors is an all-too-common notion. While the concern is valid, from an applications perspective it’s really a non-issue.

Most wireless communication among these components is based off of RF signals. Facility managers who are not worried about the security of their servers have little to worry about when it comes to wireless applications. Those RF points rarely touch the server, but rather the control box that is managed by its own Ethernet switches and its own Internet connection.

Cost remains another major deterrent to going wireless. It’s true that facilities with an existing or custom factory floor will face bigger upfront costs when making the switch. For facilities building a new floor or production line, however, wireless can be comparable in cost.

The short-term disadvantages to going wireless are far outweighed by the long-term advantages. First and foremost, wireless components can help to reduce maintenance costs. Pushbutton or limit switches that are hardwired to machinery can wear down or break over time. If those pushbutton or limit switches are wirelessly triggered, facility managers will have to pay less to replace or maintain them.

Second, wireless manufacturing offers far more flexibility. For facilities managing different production lines this advantage is a big one. Anytime a factory wanted to move a big production line or conveyor belt to a different location, moving all of the hardwired switches and sensors could quickly become cumbersome. Wireless technology saves on reconfiguration costs, improves efficiency and gives the engineer peace of mind.

Last, and most obvious, wireless manufacturing saves on wire costs. Wiring is expensive in an industrial setting. Though wireless switches and sensors can be expensive initially, wires require a whole array of connectors, ports and add-ons that quickly add up. For any facility in search of less maintenance, easier configurations and faster turnaround times, wireless is a critical alternative to consider.

If you’re a facility manager who wants to the cut the cord, first ask yourself a few important questions to assess whether your plant is set up for success. How many times in a year are you retooling your production line? How many different products are you running down your line? Factories making just one type of product may not find as much value in going wireless. Factories facing multiple product and configuration demands within the same product line can save on time and money by switching to wireless.

Wireless manufacturing can really shine on long, linear production lines where controls on one end must be able to communicate with other controls or a control box located at the other end. It is much more cost effective to run controls wirelessly rather than running wires all the way down a mile-long line.

Whether you’re looking at small-scale integrations or a complete overhaul, some of the leading electronics suppliers offer both out-of-the-box and custom solutions to fit any facility’s needs and limitations. Honeywell, Schneider Electric, Cherry and Newport Electronics are just are just a few examples of companies expanding their portfolio to adapt to more and more wireless hookups.

Wireless is still very much an emerging industrial application. But like the cloud, it can provide a flexible, easy and intuitive user experience for facilities to make greater strides in manufacturing. When combined, the two can finally carry manufacturing into the modern age.