The deadline for final Tier 4 engine regulations is going into effect by the end of 2017. As new regulations are implemented and new technologies are developed, it becomes increasingly difficult to understand the scope of what’s changing. With the final Tier 4 regulations now in effect and the deadline to convert fast approaching, OEMs have many things to consider when purchasing a new engine. 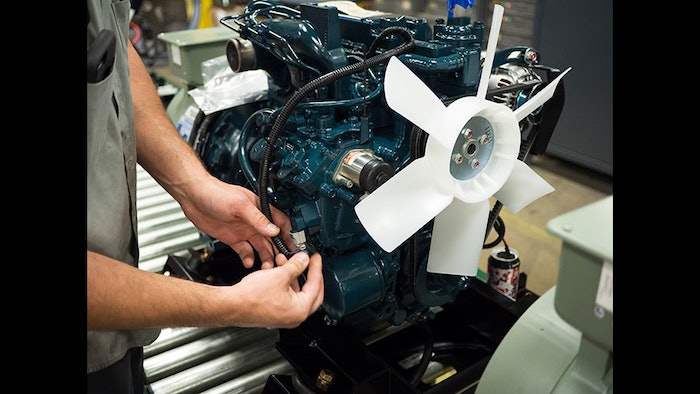 The end of 2017 is fast approaching, bringing with it the deadline for converting to Tier 4 engines for diesel engine users. When the Environmental Protection Agency (EPA) announced the Tier 4 regulations in late 2004, the goal was to cut down on pollutants harmful to the environment. The EPA particularly targeted byproducts known to create smog.

The new Tier 4 regulations have been causing problems for diesel engine users. The most common Tier 4 engine problem we’ve encountered is navigating the merge of existing specifications and processes with entirely new engine equipment.

Who Do These Regulations Affect?

With any rules, there are also exemptions. These exemptions include engines installed on railway locomotives, marine vessels, underground mining equipment and hobby engines (below 50 cm3 per cylinder).

Diesel engine users have been allowed to continue using Tier 2 or Tier 3 engines depending on their size, but only until the end of 2017.

What Considerations Need To Be Weighed When Purchasing A Tier 4 Engine?

Before purchasing a new engine, OEMs must examine a few considerations to determine the best solution. The OEM should work with an engine distributor to determine all aspects of the intended application that may affect the design and performance of an engine.

Determining the purpose of the engine will help dictate the specifications and requirements needed for the engine to perform well. Traditionally, engines were sold based on horsepower. With Tier 4 engines, additional specs are looked at to determine the combination of horsepower and torque needed for the application. What may have required a 200-horsepower engine in the past, may now utilize a 150-horsepower engine with increased torque with no drop-off in production.

Many engine spaces are not designed for Tier 4 engines. An existing engine base may have a very restricted space that was perfect for the previous engine, but too small for a Tier 4 engine. Instead of changing the manufacturing or production line capabilities, a quality engine distributor can take the final Tier 4 platform and fit it into the Tier 3 space.

Cost reduction is found through applying expert engineering practices to meet the above-mentioned space constraints. By engineering a Tier 4 engine into an application’s current space constraints, changes to the manufacturing process are often eliminated. Additionally, with new technologies and regulations, engines are not sold and constructed based on horsepower alone. Finding the balance between horsepower and torque will lead to an ideal engine that finds best-value performance.

Additionally, long-term costs are found by working with an engine distributor with an extensive service network. This ensures engines are regularly serviced in a timely manner to keep them running at the optimal level.

Working with an engine distributor, OEMs can purchase customized engines designed to work seamlessly with any application. This level of customization helps reduce cost and ensure the right engine for the right application all while meeting Tier 4 regulations.

Clayton Costello has been working at CK Power for over 5 years with a focus in account management and operations. CK Power is a leading manufacturer of power units and power generation solutions for a variety of markets and customers. In addition to manufacturing capabilities, CK Power has been a leading distributor of new and remanufactured diesel and natural gas engines. At CK Power we are more than just a company we are a family of professionals striving to satisfy our customer’s needs.​