After spending 15 years in prison, Dave Dahl made the most of his second chance. And the company that bears his name — Dave’s Killer Bread — is allowing many of its employees the opportunity to do the same. 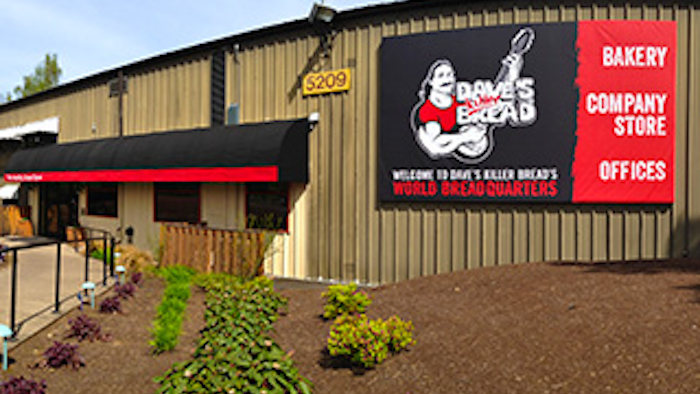 Editor's note: This article originally appeared in the July/August 2015 issue of Food Manufacturing.

After spending 15 years in prison, Dave Dahl made the most of his second chance. And the company that bears his name — Dave’s Killer Bread — is allowing many of its employees the opportunity to do the same.

Since welcoming Dave back into the family business, Dave's Killer Bread has developed a deep belief in the power of second chances, and has extended its value in being a part of something more by giving others with a history a career opportunity. Approximately one-third of DKB’s 300 employees have a criminal background, and the company’s second chance mission is helping to transform lives. John Tucker, CEO of Dave’s Killer Bread, said the company believes not only in redemption, but in making a lasting change. The ultimate goal, he said, is to inspire other businesses to follow suit.

The company has enjoyed success with its second chance mission, finding those with a criminal background to be motivated and dedicated to their work. DKB Community Development Manager Genevieve Martin said the company’s previously incarcerated employees want to prove something not only to society, but to themselves. The company hopes to break the cycle of incarceration by sharing its success stories with other organizations.

The Second Chance Playbook is a guide book that helps walk the organization through each step of being a second chance employer. The book is based on best employment practices so it is accessible to any organization in any industry. It also layers in specific strategies to consider when hiring those with a criminal background. Within this program, DKB has also introduced a workshop to assist organizations wanting more oversight, or to have a mentor help walk them through each step.

Another way Dave’s Killer Bread is helping to spread the word about its second chance mission is through its Second Chance Employer Network. “We’re growing towards the area of this being more of a virtual, digital group because we want it to be accessible by anybody in the country,” Martin said.

The DKB team started by convening a group in Portland where companies can share the challenges and successes of being a second chance employer. Martin said her team has also been able to use other organizations as an extension of the network to help encourage more companies to consider this type of work.

The third way Dave’s Killer Bread is making a difference is by hosting its Second Chance Summit. The summit, which started in October 2014, is an annual educational and advocacy event that helps open the door to conversation and allows guests to listen to compelling speakers and subject matter experts. Martin said the environment helps guests feel comfortable hearing about the opportunity of becoming a second chance employer.

Over several years of working with those with a background, DKB has found that those employees have also started to create their own support groups. Martin said it’s touching to see the workers forming bonds. “One of the beautiful things that kind of has been born from that is if someone is having a rough day and they know that Joe is going to be like, ‘Yeah, I had one last week,’ they are able to talk about it and understand and not be like, ‘Oh I have to hide this,’ ” Martin said.

With one-fourth of the country holding a criminal background, it’s difficult to find somebody who hasn’t been touched by this issue. But so far, Dave’s Killer Bread has had success gaining interest from other organizations hoping to follow its lead.

"Its not just the bread," DKB Product Manager Dan Letchinger said. "It's also that we're a different company. We have a unique story. We have this rich history of giving second chances to our partner base ... We're not just in this to make bread. We want to make a difference."