The USDA said that it considers many factors when determining ways to euthanize large numbers of animals during a disease outbreak, and said it was reviewing an animal rights group's criticism of a recent proposal for fighting any future outbreaks of bird flu. 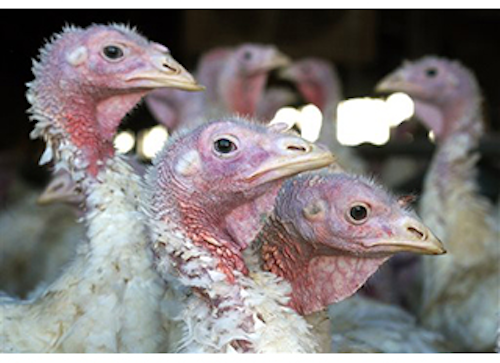 DES MOINES, Iowa (AP) — The U.S. Department of Agriculture said Thursday that it considers many factors when determining ways to euthanize large numbers of animals during a disease outbreak, and said it was reviewing an animal rights group's criticism of a recent proposal for fighting any future outbreaks of bird flu.

The agency released the brief statement in response to a letter from the Humane Society of The United States, which criticized a plan outlined last week by USDA Chief Veterinary Officer John Clifford during a Senate committee hearing.

Clifford said shutting off ventilation systems to poultry barns when the highly contagious disease is found may be more humane and efficient than gassing or using foam to suffocate the birds. The two methods were used earlier this year when bird flu forced poultry producers to kill tens of millions of chickens and turkeys nationwide, mostly in Iowa, Minnesota and Missouri.

"It's the fastest way and probably the most humane way to take care of this," Clifford said during the July 7 hearing.

The Humane Society of the United States, which opposes large-scale animal agriculture, said in a letter sent Thursday to the USDA that the latest idea amounts to "essentially baking the birds to death en masse." The group said the method was gruesome and should be scrapped.

During this year's bird flu outbreak, hired contractors initially fell behind in keeping up with euthanizing sick birds. Clifford said the USDA was working with the poultry industry to come up with a better plan, because one of the most urgent priorities is to euthanize birds once the virus is present on a farm to prevent its spread.

Poultry groups are meeting later this month in Iowa to discuss plans for future outbreaks. The meeting will be closed to the media.