Variable frequency drives have become ubiquitous in food processing applications, driving all kinds of loads: mixers, conveyors, pumps, and the list goes on. Aside from their ability to provide precise control of speed and torque at high efficiency, VFDs offer the ability to recover energy from overhauling and high-inertia loads and feed it back to the source, saving costs. 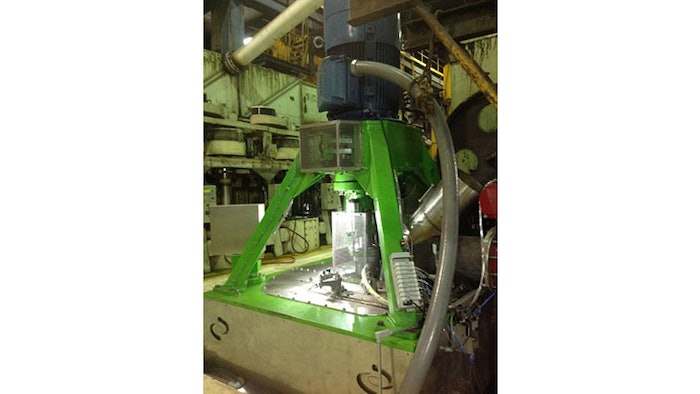 A sugar mill belonging to a major Mexican producer had been experiencing reliability problems with the drives for its sugar-separation centrifuges. New variable frequency drives (VFDs) not only cured the reliability problems, they improved productivity by reducing cycle time. One of the sweetest features of the drives was their regenerative capability.

VFDs have become ubiquitous in food processing applications, driving all kinds of loads: mixers, conveyors, pumps, and the list goes on. Aside from their ability to provide precise control of speed and torque at high efficiency, VFDs offer the ability to recover energy from overhauling and high-inertia loads and feed it back to the source, saving costs.

The process of extracting refined sugar from sugar cane involves four major steps: Shredding the cane, pressing it to extract the juice, clarifying and then concentrating the liquid into a mix of molasses and sugar crystals using a combination of heat and vacuum, and separating the sugar from the molasses by centrifugation (Figure 1). The resulting tan-colored “raw sugar” is then either processed further to make white sugar or dried and packaged for sale.

The starting and stopping of the centrifuge made an ideal application for a VFD with regeneration. A brief tutorial is in order.

Inside a Variable-Frequency Drive

A VFD consists essentially of a rectifier, a DC link, and an inverter, as shown in Figure 2. The rectifier converts incoming AC power to DC to energize the DC link, while the inverter takes DC from the link and converts it to variable-frequency AC for the motor.

An important question is, what to do with the energy removed during braking? Depending on the design of the drive, the recovered energy can be dissipated in a resistor bank connected to the drive’s DC link (triggering when it detects a rise in bus voltage), fed to other drives that share that same DC bus or regenerated back into the AC power line.

A resistor bank is useful when such dynamic braking is a rare event — emergency stopping, for example. While it can be inexpensive to buy, it wastes all the energy it absorbs as heat, and in many cases has a limited duty cycle.

Regeneration, on the other hand, not only saves energy but is not limited in duty cycle, because it sends all the energy it accepts back to the source.

For a sugar mill, the cycle begins with the centrifuge turning at about 200 rpm while it is loaded with 1500 to 1750 kg (3300 to 3850lb) of hot concentrate, generally at about 65 ºBrix,1 and with the viscosity of honey; it then accelerates to 900 to 1000 rpm to spin out the molasses, leaving the sugar crystals behind. The centrifuge is then slowed to 50 rpm for unloading. The cycle, which takes about three minutes, then repeats.

Slowing a multi-ton centrifuge from 1000 rpm to 50 rpm involves disposing of considerable energy, and it is one of the functions of the drive to absorb and get rid of this energy.

The simplest configuration for four-quadrant regenerative control is a single active front end (AFE) acting as the power supply, connected via the DC bus to a VFD driving the motor, as shown in Figure 3. Energy recovered from the load is fed through the drive to the DC bus; the AFE regenerates the excess power back into the AC power lines.

It is possible to connect multiple drives to the same AFE unit. If some drives are braking (producing power) while others are motoring (consuming power), energy from decelerating drives can help power the motoring drives. This allows for a smaller AFE unit, as it provides only the difference between the power consumed by the motoring drives and that produced by the braking drives. It may also require some sequencing logic to keep all the drives from starting simultaneously. Figure 4 shows the arrangement.

At this particular sugar mill, the centrifuge is powered by a 350 hp motor fed by a variable-speed AC drive. The mill had been experiencing reliability problems with its Brazilian-made drive for the centrifuge, and support was a problem.

In Mexico, the milling season lasts for about six months; downtime is very expensive and it is impossible to recoup lost production. In the United States and Panama it’s worse: the season lasts only two to three months. A machine that won’t fail is essential.

Mill management turned to the engineering firm DACSA, which specializes in the design, installation and automation of centrifuges and had already done work at the mill. DACSA chose to replace the existing variable-speed drives with Parker AC690+ units equipped with the four-quadrant AFE regeneration option (Figure 5).

DACSA also installed the same type of drive on two different sizes of centrifuges in the mill, which makes support easier, faster and less costly.

In this particular application the drive recovered 65-70% of the energy used to operate the machine, which makes for impressive efficiency. In addition, regeneration shortened the deceleration time for the centrifuge; the shorter cycle time directly increased productivity, which had an immediate payoff.

1Degrees Brix (symbol °Bx) refers the sugar content of an aqueous solution. One degree Brix is 1 gram of sucrose in 100 grams of solution.