Last week BP Chief Executive Bob Dudley weighed in on one of the most important — and heated — discussions facing manufacturers today: the direction of oil prices. Dudley announced dour confidence that crude prices would stay below $100 for a “long time.” 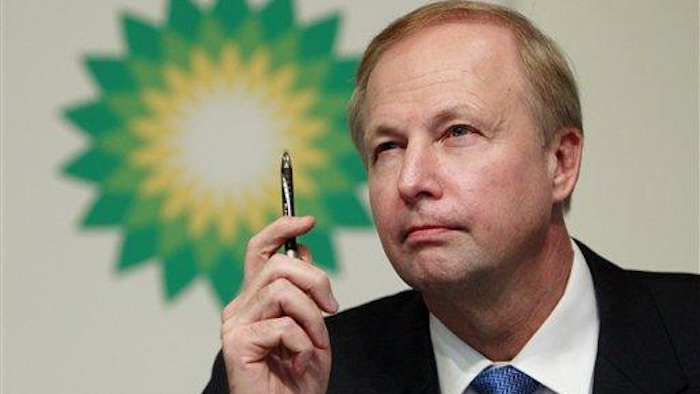 Last week BP Chief Executive Bob Dudley weighed in on one of the most important — and heated — discussions facing manufacturers today: the direction of oil prices. Dudley announced dour confidence that crude prices would stay below $100 for a “long time.”

Dudley’s predictions of long-term low oil prices are based on his confidence that the Saudi-bloc of OPEC will see its price war on high-cost producers through to the end:

“When I talk to [OPEC members], what they seem to be saying is the world has developed high cost oil in the US, and some in Canada, and why should they be required to shut in their low cost production to allow more and more high cost oil to come on the market that’s economic at $100 [a barrel],” said Dudley in an interview with Bloomberg.

While figures such as UAE energy minister, Suhail Mohammed Faraj Al Mazroui, say that high-cost producers need to “learn a lesson” about oversupplying the oil market, not all the voices in OPEC are in unison.

OPEC Secretary-General Abdalla El-Badri said that the success of the price war in driving out oil and gas investment will actually mean long-term oil prices shooting up beyond $200 a barrel. In fact, Goldman Sachs found “zombie” oil projects representing almost $1 trillion of future investment that are no longer profitable with Brent crude at $70 or below. So what is happening to U.S. high-cost production?

The Future of U.S. Shale Oil

The price war is forcing North American oil producers to cut back and lay-off. The bumpy ride of oil prices over the last week has been due to differing bets on how much, and how quickly, North American high-cost producers will cut back.

It is worth remembering that while every day brings a new headline about oil prices, they have a long way to go before reaching even $70 a barrel again.

Ironically, companies like Dudley’s BP may also push oil prices higher by cutting back. In the Bloomberg interview, Dudley announced BP would cut spending to “shore up cash flow and protect dividends.”

While opinions on the effects of the price war differ, most parties agree there will be significant medium-term disruption of North America’s booming high-cost oil and natural gas production.

A recent report by the Manufacturers Alliance for Productivity and Innovation (MAPI) analyzed underlying structural factors, and predicted a long-term return to higher oil prices. MAPI said that the rate of growth of the economy will end up having more to do with long-term oil prices than the current price war.

So when industry leaders hear announcements such as Dudley’s, they are hearing the balancing of an equation: on one side is the Saudi-bloc’s drive to keep prices low through increased supply, on the other side is the supply decrease that the closing of high-cost North American production will create.

How would long term low prices affect your business? What would happen if oil prices rise back up above $100 a barrel? How does price instability affect you?