NFPA 56 prohibits the use of flammable gas as a cleaning agent for interior pipes. The standard is a response to the 2010 explosion at Kleen Energy Power and another at a food processing site that happened within less than a year of each other. This article offers a look at the regulation three years later, with tips on how to properly meet its expectations. 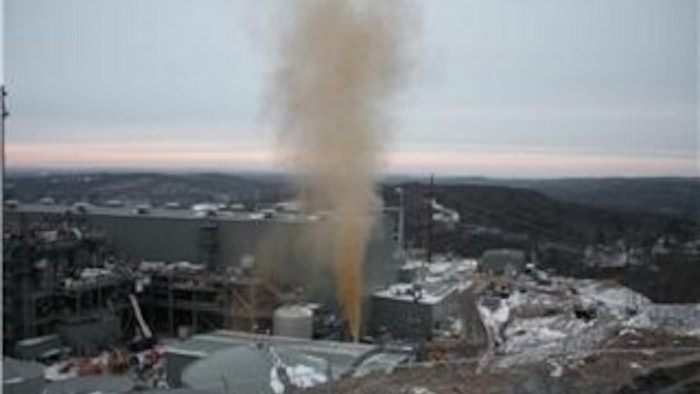 The NFPA released a standard to prevent fire and explosion during cleaning and purging of flammable gas piping systems in August 2010. NFPA 56 prohibits the use of flammable gas as a cleaning agent for interior pipes. The standard is a response to the 2010 explosion at Kleen Energy Power in Middletown, Connecticut and another at a food processing site that happened within less than a year of each other. The Kleen Energy Explosion killed six workers and injured nearly 50 others.

Crews working in the plant used a highly pressurized flammable gas (natural gas) to clean welding debris from pipes. The discharge was then released, without controls, into the atmosphere. Once in the atmosphere, the gas ignited and created a devastating explosion.

Pipe cleaning for natural gas and other flammable gas systems is especially critical for combustion turbine systems. It is increasingly being understood to impact fuel system component reliability.

The standard goes far beyond pipe cleaning, with its real impact being on every day piping maintenance and new installations of flammable gas piping systems.

The world changed on August 10, 2010 when NFPA 56 was officially adopted. Although this standard was originally developed around industrial sites and power plants, it applies to many oil and gas well development piping processes and mid-stream processes.  NFPA 56 addresses more than just “gas blowing.” It outlines a broad range of gas process activities, such as pipe cleaning, repair, replacement, and removal procedures conducted at power plants. It also covers many industrial, institutional, and commercial applications.

In addition to the CSB’s urgent recommendation to eliminate the use of flammable gas for interior pipe cleaning, NFPA 56 expands on the CSB recommendations by including cleaning and purging of all flammable gas piping systems at any inlet pressure for electric-generating plants, industrial, commercial and institutional applications. Highlights of the requirements in NFPA 56 include:

As for its potential impact on the chemical industry, a lot of educating will need to happen, starting with purchasing the standard and visually communicating the new standard to frontline workers. One example could include using a label on flammable gas piping to notify workers that a line break permit was required by their company before the flange could be separated.

DuraLabel labeling systems, compatible with chemical-resistant labeling supplies, are often used to communicate new NFPA standards and operating procedures. Currently, many in the chemical industry see NFPA information as being related to industrial manufacturing, not processing, so getting this message across will be a significant cross over.

In the future, NFPA 56 will impact many or all industries that handle hydrogen. Although there is already a huge body of work in the hydrogen area more specific guidance from 56 matters can help.  The chemical industry has many hydrogen related gas processes, with a number of accidents occurring because of hydrogen’s extreme range of flammability.

For example, the range of flammability of natural gas in air is about four to 15 percent. In the case of hydrogen, it’s four to 75 percent concentration in the air. In other words, almost any concentration of released hydrogen in the air can ignite. As companies embrace this new standard, rewards will include increased safety, greater productivity and decreased risk of liability regarding injury claims.

Training and education tips include:

John Puskar, P.E. is President of Prescient Technical Services, LLC and author of the John S. Wiley book, Fuels and Combustion Systems Safety:  What You Don’t Know Can Kill You. Mr. Puskar served on the technical committee to develop NFPA 56. For more information, contact him at  JPuskar@prescientts.com or visit www.prescientts.com.