The FDA/EMEA has introduced initiatives to advocate real-time, in-line monitoring of critical parameters in the manufacturing process, rather than testing the end product. This article discusses the application of a new sensor technology which provides real-time insight into nutrient consumption and product expression enabling manufacturers to automate and optimize closed loop control of the feeding regime of their media. 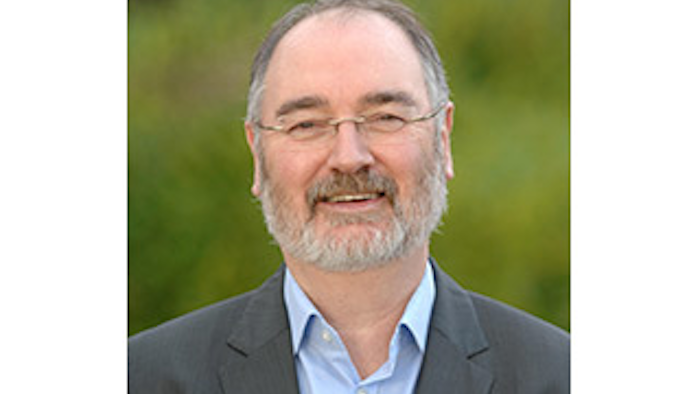 The drive for improved quality, yield and process knowledge is leading bioprocess users to consider new technologies to control and monitor their processes at all stages from Process Development through to Pilot Plant and Full Scale Manufacturing. In parallel, the FDA/EMEA has introduced initiatives such as Process Analytical Techniques (PAT) and Quality by Design (QbD) to advocate real-time, in-line monitoring of critical parameters in the manufacturing process, rather than testing the end product.

Optimizing glucose concentration, as well as other carbon sources, is a common challenge in upstream bioprocesses for both the Biopharmaceuticals and Industrial Biotechnology sectors.  A newly developed real-time, in-situ probe measures the bioprocess kinetics continuously throughout the course of the bioreactor cycle. The information from this probe is used to directly control nutrient feed pumps so that the optimum feed dosage can be delivered based on the real- time metabolic requirements of the process. By supplying nutrients on demand the process is optimized to maximize the rate of production and process yield.

A newly-developed system from Stratophase is comprised of two components, the Ranger Manager, which controls the Ranger Solo, a real-time sensor, which sits within the process media. Manager contains a laser light source, detectors, data reduction components, communication modules, and user interface components. The sensor is a solid silicon optical circuit coupled to the Manager by fiber optics. It can be inserted into both small and large reactor vessels, enclosed in a stainless steel sleeve, or in single use applications where it is attached as a ‘patch’ to the bag or hard shell wall. This means that the same control technique can be applied at all stages of process development and in any form of manufacturing bioreactor. The sensor directly reports refractive index, which is analyzed in the Manager. The resulting data is correlated to the process metabolic rate, tracks nutrient additions and consumption, and indicates the metabolic endpoint of the process.

The Ranger System illustrated that the fixed, timed pulse feeding regime process had two distinct phases. During the initial 15 hours, feed pulses were being added faster than required leading to a long term increase in glucose concentration. From 15 hours onwards, the yeast had achieved maximum metabolic rate, and the feed pulses were added more slowly than required by the fermentation. This led to a period of inactivity before the introduction of the next feed pulse. For the whole process there was a clear correlation between glucose concentration, as determined by an off-line nutrient monitor and the Ranger signal.  While the process generated product, it was clearly not optimized.

The ability of this sensor technology to indicate relative nutrient concentration in real-time in-situ makes it suitable for intelligent feeding regimes, which automatically adapt to the metabolic requirements of the organism used. To demonstrate the system’s ability to control pulse feeding the rate of change of the signal was used as a trigger to initiate feed pulses. As with the uncontrolled case, the feed pulses were a fixed dose, however the frequency of feeding was automatically determined.

Firstly, Protocol 2, 20g/l on 20% drop in maximum metabolic rate, was applied. The initial stage of the process was run as a batch where the original Glucose within the media was utilized by the yeast. Once the process began depleting the glucose nutrient from the media to a point that the rate of change in the signal was reduced, a feeding pulse was automatically triggered to boost nutrient concentration, with subsequent feed pulses initiated in the same manner. A characteristic saw-tooth seen in the Ranger signal showed the feed control loop and was indicative of the varying glucose concentration. As the fermentation progressed, the yeast’s requirement for glucose slowed. In

response the frequency of pulse feeding was automatically reduced by the Ranger system. A longer term upward trend was due to the accumulation of product within the media. This was confirmed by off-line nutrient analysis.

Finally, Protocol 3 was run. Operating on only 1g/l of glucose, triggered by a 20% fall in the metabolic rate, Ranger automated a pseudo-continuous feeding regime to optimize the metabolism, thus maximizing the rate of production.

The ability to continuously and automatically control the feed rate of nutrients was demonstrated during the fermentation. The resulting ‘feed on demand’ control loop shows a real time indication of relative nutrient and product concentration. The Ranger system can be tailored to control nutrient addition for a variety of bioprocesses, via optimizing dose characteristics and the trigger point used to initiate feeding pulses. The real-time continuous nature of the system allows small and frequent feed pulses, resulting in automatic pseudo-continuous feeding that optimizes nutrients and production rates. In addition, the system automatically detects the end of the process which, in return, increases production capacity.