An additional 35,000 temporary foreign workers will be allowed into the U.S. this year to fill seasonal jobs amid a tight labor market 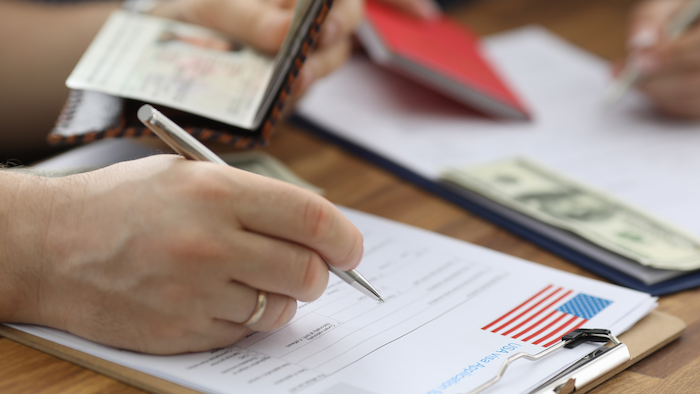 WASHINGTON (AP) — An additional 35,000 temporary foreign workers will be allowed into the U.S. this year to fill seasonal jobs amid a tight labor market, the Trump administration said Thursday.

In expanding the number of so-called H-2B visas for temporary non-farm workers, the administration is siding with business groups and members of Congress who have argued that there are not enough Americans to fill many service-sector and food-processing jobs across the country.

“There are a lot of advocates, especially in Congress, on both sides of the aisle that really push for this,” said Sarah Pierce, a policy analyst with the Migration Policy Institute.

But it also puts the administration in conflict with those who favor more restrictive immigration policies, including many supporters of President Donald Trump.

There is an annual cap of 66,000 H-2B visas but U.S. law allows the administration to set a “supplemental” allocation if needed.

The additional 35,000 is the highest under Trump, who has made restricting illegal immigration a centerpiece of his administration but has said the U.S. needs temporary foreign workers because of demand in the labor market. Last year, the administration set the supplemental visa cap at 30,000. In the two prior years it was 15,000, according to the Migration Policy Institute.

A total of 10,000 of the additional H-2B visas will be set aside for the first time this year for people from Guatemala, El Salvador and Honduras because those countries agreed to help the administration ease pressure on the southern border by taking in people seeking U.S. asylum, according to the Department of Homeland Security.

The department said in announcing the increase that it will take “significant steps" to address fraud and abuse in the H-2B program and will generally limit the visas to returning workers. “DHS is committed to ensuring that our immigration system is implemented lawfully and that American workers are protected," it said.

Seasonal workers with H-2B visas are permitted to work in the U.S. for less than a year. They are employed in such areas as landscaping, construction, hotels and restaurants, in seafood and meat processing plants and amusement parks.

Advocates for raising the quota dispute depictions of program as a way to hire foreigners for less at the expense of Americans, arguing that the visas help fill needs they otherwise could not meet and at a higher cost because of U.S. rules.

While businesses and politicians have clamored for additional visas, there has also been bipartisan opposition to expanding the program. A group of Republican and Democratic senators wrote to Labor Secretary Eugene Scalia in January to urge the administration not to go beyond the annual cap until taking measures to strengthen employment and trafficking protections for workers.