President Barack Obama is letting his jobs council expire, cutting off one source of input from business leaders while unemployment remains stubbornly high. Obama formed the Council on Jobs and Competitiveness in January 2011, when unemployment was about 9 percent. It's now 7.8 percent, though more than 12 million people are out of work. 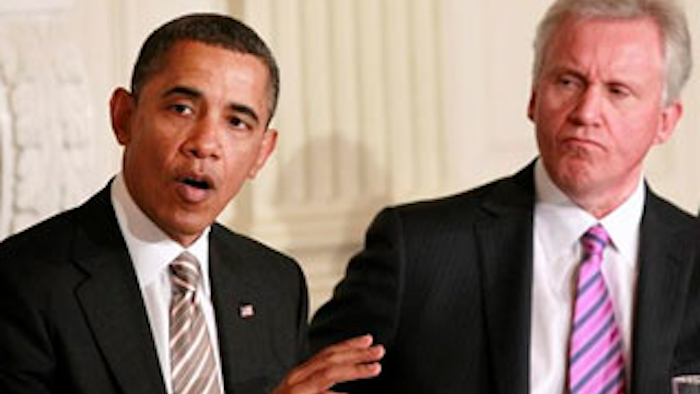 Obama formed the Council on Jobs and Competitiveness in January 2011, when unemployment was about 9 percent. It's now 7.8 percent, though more than 12 million people are out of work.

Obama's executive order establishing the council said it would go out of business Jan. 31, 2013. The White House said Thursday that Obama had no plans to renew its charter.

"The work of the jobs council was very valuable," White House spokesman Jay Carney said. "While the president didn't agree with all of its recommendations, he agreed with many of them and acted on a number of them."

White House officials said Obama intended for the council to fulfill its mission and then wind down, and that he would seek input about the economy from business leaders in other ways. Among the steps Obama plans to pursue are expedited permits for public works projects, plus programs to boost entrepreneurship and workforce development.

Even before Obama's decision was clear, Republicans seized on the council's likely expiration as evidence the president hadn't spent enough time on trying to create jobs, which is a priority for Americans. The Republican National Committee called it part of "the failed Obama record," while the House Republicans' campaign committee, in an online petition, accused Obama of laying off his own jobs council.

Adding to the concern about the job market's vulnerability, the Commerce Department said Wednesday that the U.S. economy shrank at an annual rate of 0.1 percent from October through December of last year, the first quarterly drop since 2009. The Federal Reserve said the economy appears to have "paused in recent months."

The jobs council was a successor to an economic advisory board Obama created at the onset of his presidency. The panel was chaired by General Electric CEO Jeff Immelt and included prominent business leaders and economists. Immelt said Thursday that progress has been made on putting in place 90 percent of the council's recommendations.

Obama met with the council only a few times. During the last meeting, in February 2012, the president and the council highlighted an engineering education initiative alongside school deans.

"The president treated his jobs council as more of a nuisance than a vehicle to spur job creation," said Brendan Buck, a spokesman for House Speaker John Boehner, R-Ohio.

The council's main product was report, "Roadmap to Renewal," that was released in January 2012. The council also organized a series of meetings across the country last year with business owners, elected officials and academics; Obama didn't attend those election-year sessions.

Critics have argued that the council's primary purpose was to create the appearance of action at a time when the nation was pining for something to rein in soaring joblessness. The administration acted on many of the council's recommendations, including suggestions to streamline permitting and small business loans, increase tourist visas and boost energy efficiency.

But the White House was at odds with several council members on tax policies, particularly a proposal to exclude overseas corporate earnings from U.S. taxes. That idea divided even the jobs council, whose membership included labor and Obama's political allies.

"It was helpful in terms of putting a spotlight on a variety of issues, but particularly helpful in the area of entrepreneurship," said AOL co-founder Steve Case, a member of the panel, in an interview. "There's still work to be done, but we did make good progress."

The council's dissolution also comes as White House aides are optimistic about the prospects for a second-term detente with business.

During Obama's first term, business leaders bristled at his harsh depiction of "fat-cat bankers" and his efforts to impose regulations, tax policies and spending initiatives they argued were unfriendly to business. Obama aides hope the warming of ties between the president and the business world can benefit the White House in future fiscal debates with Republicans.

White House officials said the president made a fresh effort to reach out to business in the days following his re-election. Between the November election and the end of 2012, in the height of negotiations to avert the "fiscal cliff," more than 400 business leaders, ranging from CEOs of large multinational companies to small business owners, met with Obama or his aides at the White House, officials said.

A streak of solid hiring has defied punishing inflation, chronic supply shortages and the Russian war against Ukraine.
May 6th, 2022
Follow Us
Most Recent