Gov. Rick Snyder asked the Michigan Supreme Court on Monday to rule quickly on the constitutionality of the new right-to-work law that takes effect in late March, saying questions on how it would impact 35,000 unionized state employees must be resolved before new contract talks begin this summer. 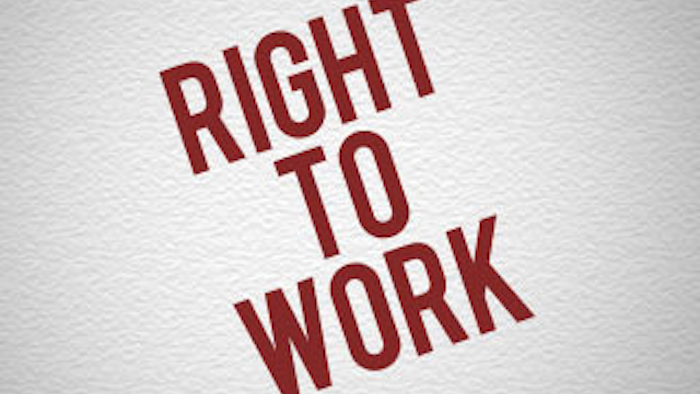 LANSING, Mich. (AP) — Gov. Rick Snyder asked the Michigan Supreme Court on Monday to rule quickly on the constitutionality of the new right-to-work law that takes effect in late March, saying questions on how it would impact 35,000 unionized state employees must be resolved before new contract talks begin this summer.

By making the rare request for an advisory opinion, the Republican governor is seeking to avoid a "proliferation" of federal and state lawsuits expected to be filed by labor unions.

"The uncertainty over the law's impact upon state civil servants that protracted litigation would create would be very divisive and would not serve the interests of judicial economy," Snyder wrote in a letter to Chief Justice Robert Young Jr. He is hoping for a ruling before the court's term concludes at the end of July.

The law was signed last month in a lame-duck legislative session, and drew large, vocal crowds of opponents. On Monday, the Michigan State Police said it spent $900,000 on overtime and other extra expenses to have a big presence at the Capitol during protests.

Unions are considering all options to challenge and block the law that prohibits forcing workers to pay union dues or fees as a condition of employment.

Since the law's passage, questions have been raised on whether it will apply to state workers because the bipartisan Civil Service Commission, which sets compensation for state employees, has separate powers under the state constitution.

"It is essential that all parties to the negotiations know definitively whether the new contracts must comply with Public Act 349 before those negotiations commence roughly five months from now," Snyder wrote.

In early December, union protesters crowded inside and outside the Capitol as the Republican-controlled Legislature passed and Snyder signed the law making Michigan the 24th right-to-work state.

State police spokeswoman Shanon Banner would not say Monday how many troopers out of its 900 were sent to Lansing. Doing so, she said, would put the agency at a tactical disadvantage in the event of future large-scale demonstrations.

Opponents of the right-to-work law criticized the police's show of force, calling it inflated and unnecessary.

"Republican politicians were too afraid to face the people of Michigan during the lame duck session, so they forced police officers to take the heat. Now taxpayers are getting stuck with the bill," Zack Pohl, executive director of liberal advocacy group Progress Michigan, said in an emailed statement.

Banner said state police purposefully beefed up security to prevent what happened during protracted protests in 2011 over legislation to strip collective bargaining rights from public employees in Wisconsin, where she said police expenses neared $10 million and property damage was more extensive.

"We talked a lot about what happened in Wisconsin and our desire that the Capitol didn't experience similar things. ... While this is a large cost and not a cost we were budgeted for, we feel like the costs could have been more if we had been unprepared."

The agency likely will ask for a supplemental appropriation to cover the expenses, Banner said.