The unemployment rate fell to record lows in three U.S. states last month, as steady hiring soaked up more of those out of work. 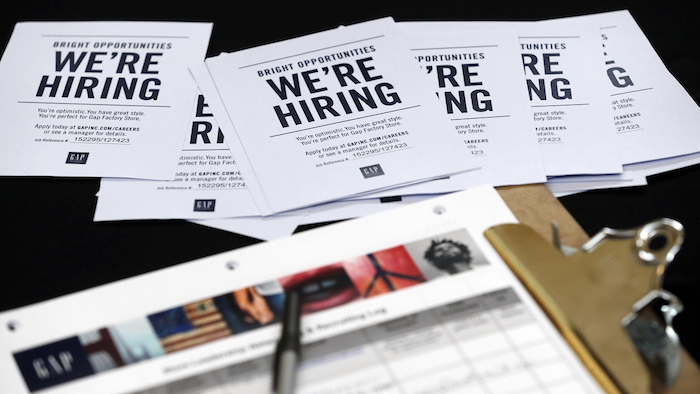 WASHINGTON — The unemployment rate fell to record lows in three U.S. states last month, as steady hiring soaked up more of those out of work.

The Labor Department said Tuesday that the jobless rate fell to the lowest levels since records began in 1976 in Hawaii, Mississippi and California. The rate in Hawaii was 2 percent, while Mississippi's dropped to 4.6 percent and California's declined to 4.3 percent.

Hawaii has the lowest unemployment rate of all the states, while Alaska's is the highest, at 7.3 percent.

Employers added more jobs in 10 states and cut them in 3 in December. Employment remained essentially unchanged in the other 37 states.

No states saw a significant decline in jobs last year.