With 80 percent of manufacturers reporting a shortage of qualified applicants for skilled production positions, this skills gap could cost U.S. manufacturers 11 percent of their annual earnings. 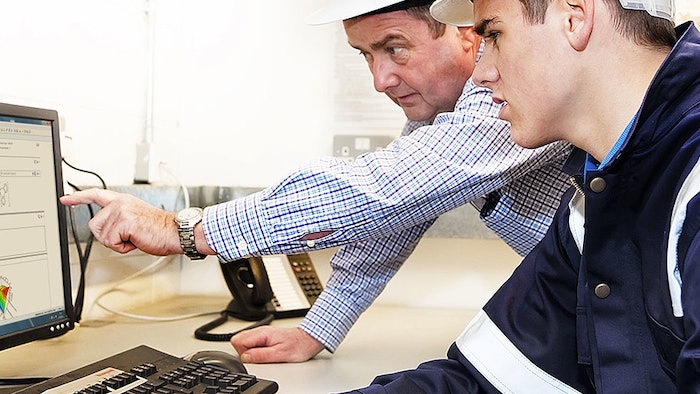 Automation technology such as robotics allows manufacturers to compete on a global scale through increased productivity, quality, and profit margins. But while automation is important, skilled workers continue to be key to manufacturers’ success. This reflects a paradigm that shows up in the 2016 Global Manufacturing Competitiveness Index prepared by Deloitte and the Council on Competitiveness. In the study, employers ranked the availability of highly skilled workers who facilitate a shift toward innovation and advanced manufacturing as the most critical driver of global competitiveness. That may seem counterintuitive with increasing adoption of robotics, but statistics support this trend. In the US, during record robot shipments from 2010-2017, manufacturing added 894,000 jobs according to the U.S. Bureau of Labor Statistics.

The challenge is the increasing automation skills gap, with as many as two million jobs going unfilled in the manufacturing industry alone in the next decade, according to a Deloitte study with the Manufacturing Institute. With 80 percent of manufacturers reporting a shortage of qualified applicants for skilled production positions, this skills gap could cost U.S. manufacturers 11 percent of their annual earnings.

Manufacturers and automation suppliers agree that ongoing STEM initiatives are critical to the industry’s long-term ability to fill technical roles. But both groups must continue to be involved with these initiatives, through volunteer outreach, partnerships with local schools, support for robotics clubs and competitions, and a range of mentoring programs. This is required to turn around the statistics that show little growth in the U.S. in the number of STEM graduates, while other countries — especially China, India, and Germany — continue to make dramatic improvements.

Of course, while important, K-12 STEM efforts alone are not enough. Employers, vocational schools, and universities must continue to offer innovative approaches that give workers alternatives to the traditional (and expensive) high-school-to-college-to-job route, and that provide hands-on and current technology exposure.

One example is the RAMTEC Career Center in Ohio, the largest, most comprehensive robotics education center in the US. The center provides hands-on automation training and certification for high school students and industry workers, using up-to-date equipment that matches what workers use in real-world situations.

Chuck Speelman, superintendent of the Tri-Rivers Career Center Campus, where RAMTEC is located, says that many four-year and some two-year institutions still don’t have enough hands-on learning opportunities that incorporate real-world automation systems being used in industry. That means the learning curve is still significant for graduates entering the workplace. And those degree programs aren’t ideal for all students.

“Most students and parents believe that the only way to be successful is to go to a four-year college right after high school,” says Speelman. “They don’t understand or appreciate the many different pathways and options that exist within the automation and advanced manufacturing careers. We all agree that the basic high school education is not enough, but students need to be exposed and encouraged to know the other opportunities that exist.” Those include industry-recognized certificates and training opportunities that lead directly to well-paying careers.

Another option is traditional apprenticeships, which build workforce skills through on-the-job training for current, real-world experience with the technologies that manufacturers depend on. Despite their advantages, apprenticeship programs that combine on-the-job learning with classroom education and mentorship declined 40 percent in the U.S. between 2003 and 2013, according to Deloitte. During that time, job postings in STEM occupations outnumbered the unemployed by almost two-to one from 2009-2012, while employment in STEM occupations is expected to grow by 17 percent through 2018.

This is an ongoing challenge in the U.S., while other countries — such as Germany — seem to have it mastered. Germany ranks number one in global manufacturing talent, which may reflect the success of its “dual system” of vocational training that focuses on mechatronics and boasts participation by approximately 60 percent of the country’s youth. The program combines classroom instruction with work experience in one of 344 available trades in a model other countries are trying to emulate.

Of course, the U.S. automotive industry has historically been a strong advocate for apprenticeships, but the industry crisis and long economic downturn essentially resulted in the loss of a generation of new skilled tradespeople such as electricians, mechanics, and die makers. In 2017, for the first time since 2005, General Motors has eagerly indentured its first class of 200 apprentices to support its Global Manufacturing Systems (GMS) model for 2020. The model takes a highly efficient approach, with common technology platforms across the enterprise to drive ongoing productivity and profitability — which is also guiding the need for a new approach to skilled trades.

GM worked closely with the Department of Labor to adapt apprenticeship training to its 2020 vision of technology needs, and partnered with the United Automobile Workers (UAW) union to roll out the new apprenticeship program. Apprentices now are evaluated not only for their technical skills, but also their ability to work in adaptable, team environments. And the new hybrid apprenticeship program is unique in letting apprentices apply experience and proficiencies against required training hours, allowing skilled apprentices to move into execution more quickly, and potentially cutting months to more than a year from the typically four-and-a-half-year program. The GM model and agreement from the union also allow GM to assign apprentices into high-demand programs when they graduate, rather than depending on the accuracy of four-year forecasts of demand for electric vehicles versus trucks, for instance. Now the company can assign graduating apprentices where the need is at the time of graduation, and they all have a solid, common technology experience. The result: GM fills the skills gap with trained GM apprentices, who get paid very well, with rewarding jobs. GM is heavily engaged in continuing to grow its skilled trades apprentice program to support its ongoing business strategy.

Skilled workers who can help manufacturers make the shift towards innovation and advanced manufacturing strategies are a critical driver of global competitiveness. But manufacturers and automation suppliers must be part of the solution to develop these skills. A bonus is that these new approaches offer attractive and viable options for new workers, career-changers, and underserved segments, such as returning veterans, women, and minorities. A3 members, partners, and colleagues are working hard to put programs in place across industries to develop and support this talent base and help bridge the skills gap.

Bob Doyle is Director of Communications at the Association for Advancing Automation (A3).