Five of six unions at PSA signed the deal with company management Friday. 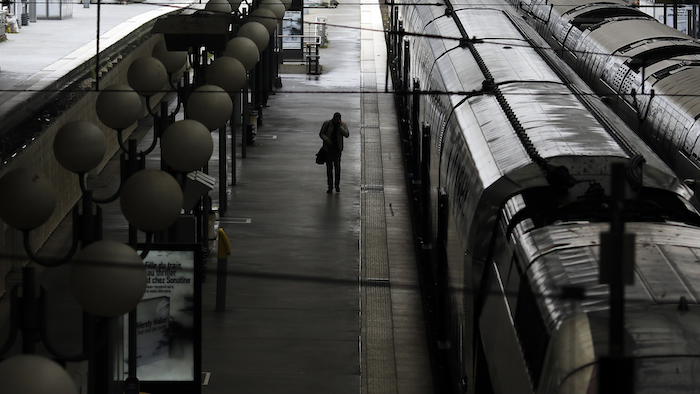 A man walks over an empty platform after a strike starts at the Gare du Nord train station, in Paris, Wednesday, June 1, 2016. Workers at the SNCF national rail authority, whose train service will be crucial to Euro 2016 spectators, are on an open-ended strike to protest their working conditions and a controversial government labor reform. (AP Photo/Markus Schreiber)

Five of six unions at PSA signed the deal with company management Friday.

Hard-left union CGT refused to sign, arguing it is a veiled way to get rid of older workers and shut down factories even as the company is expanding and turning profits.

It's the biggest jobs deal so far resulting from Macron's first wave of labor reforms. The changes include a measure that came into effect this month allowing companies to negotiate mass departures.

As part of Friday's deal, PSA promises to hire 1,300 other people on long-term contracts and restructure its workforce to meet demand for more electric and autonomous vehicles.