Nearly 60 percent of New Hampshire's manufacturing workers are over the age of 45, compared to 49 percent nationally, state and federal data shows. 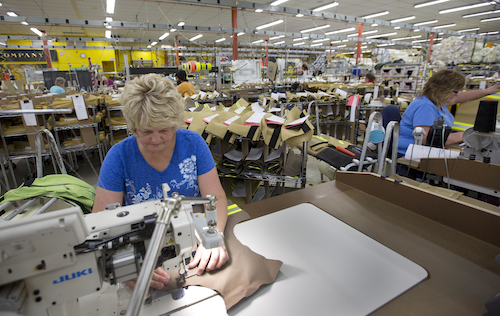 With 800 workers, GE Aviation is the largest employer in town. But in the next five to 10 years, about a third of those workers are expected to retire. The company is scrambling to not only fill those jobs, but to find workers with the needed skills to take on jobs that are becoming ever more technologically advanced.

It's a problem expected to play out across the region and the country over the next decade, driven in part by the growth of the economy and a rash of retirements among baby boomers.

"What we have found out is that as we raise the bar, we're finding it a little bit difficult to get a pretty good population or a subset of folks that we can pick from to fill those needs," said Peter Haley, a business operations leader at GE Aviation's Hooksett facility.

Nearly 60 percent of New Hampshire's manufacturing workers are over the age of 45, compared to 49 percent nationally, state and federal data shows. And from 2004 to 2014, the number of manufacturing workers in the state between the age of 35 and 44 dropped by nearly half. State projections show about 80 percent of open production jobs in the next decade will be to replace outgoing workers.

On top of that, New Hampshire's 2.8 percent unemployment rate, one of the lowest in the nation, means the labor pool is already shallow.

"We're having to rebuild the entire pipeline of workers," said Katrina Evans, assistant director of the state's Economic and Labor Market Information Bureau. "It's not even so much a skills mismatch as it is a warm body mismatch." 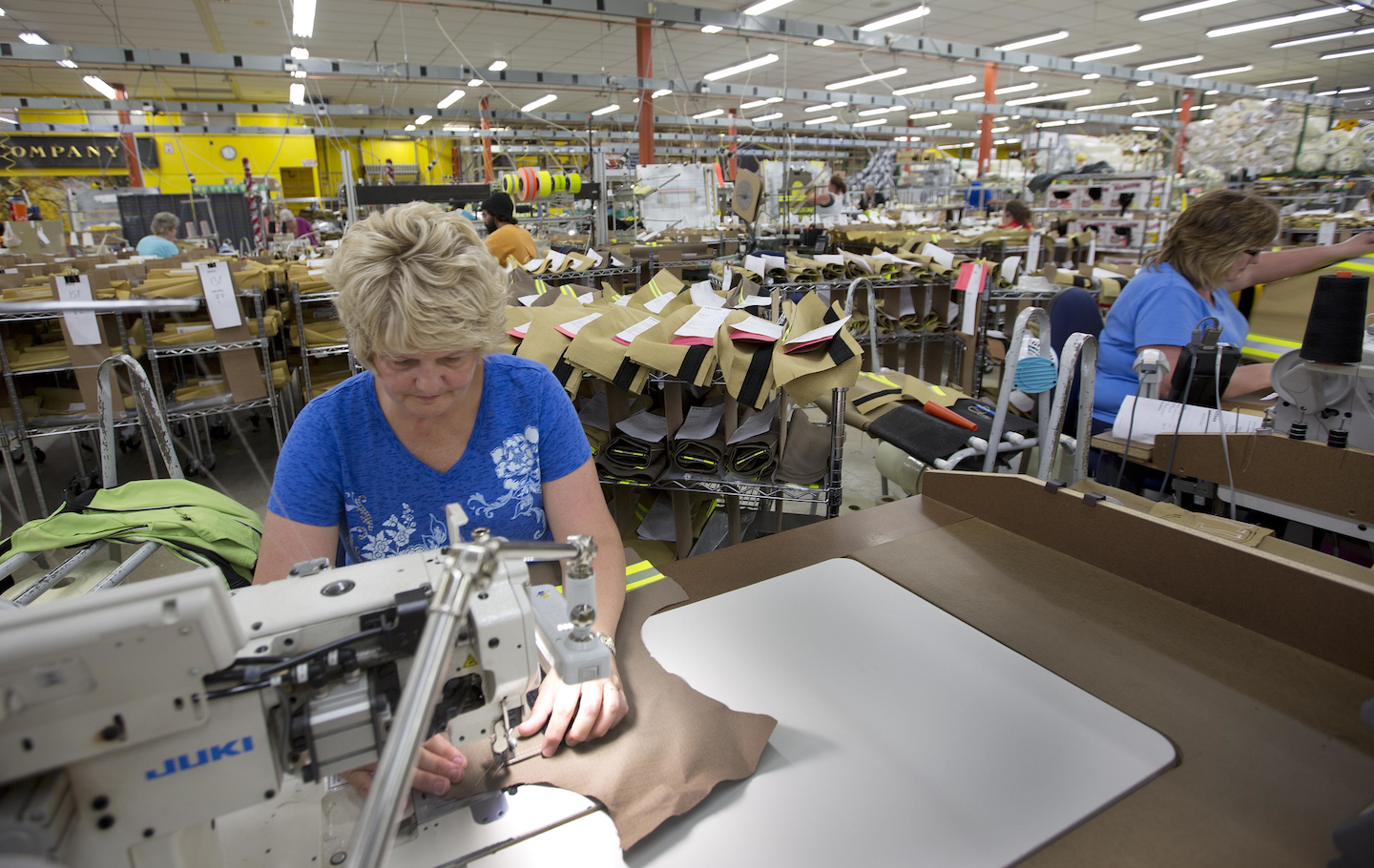 "The basic consensus at this point is that the shortage of skilled labor is so severe that it's actually affecting the ability of companies to grow," said Val Zanchuk, a manufacturing executive and chairman of a new statewide effort to bridge the skills gap. "This is nationwide, and it's certainly reflected in New Hampshire as well."

But some experts think the nationwide skills gap is overblown.

"Actually, there's a lot of unemployed workers in that field that you're trying to hire in," she said, noting that she did not have specific data on New Hampshire's manufacturing sector.

New Hampshire and several other states in the region aren't waiting for the debate to play itself out.

Gov. Maggie Hassan announced this month the creation of the "manufacturing sector partnership," an initiative to bring different manufacturing companies to the table with educators to find out exactly what skills are needed.

In addition, community colleges in New Hampshire and Vermont have also bolstered classes to train students to become computer numerical control machinists — those who run equipment that creates machine parts —or learn skills like tubing that is a critical to building engines. Businesses, too, are starting their own internship and part-time job programs in a bid to convince young workers that manufacturing isn't the dirty, difficult work of their parents or grandparents. Some are even offering hiring incentives to attract prospective workers and considering busing prospective candidates into New Hampshire from out-of-state, like Hitchiner Manufacturing Co., Inc., which already has a short list of towns it would target for employees.

"In the past, manufacturers were passive about it," Zanchuk said. "The hope here is that we can focus the education and training process at different levels throughout the state to prepare the workforce for the particular needs of each industry."

While New Hampshire's 2.8 percent unemployment rate is largely a good thing — it's one of the nation's lowest — it also means the labor pool is shallow. It's created a squeeze for manufacturing companies in particular for two reasons: The industry's workforce is aging at a faster than average rate, while fewer young workers have the proper skills — or interest — to fill the void of retiring workers.

Some key facts on the state's manufacturing industry, based on state and federal data:

Manufacturing accounted for roughly 67,000 New Hampshire jobs in 2015, about 12.2 percent of the state's private sector jobs. That's down from a boom in the late 1990s, when the sector employed more than 103,000 workers. Still, New Hampshire employs slightly more manufacturing workers than the national average, with 12 here for every 10 nationally.