Dow Chemical says it will eliminate about 2,500 jobs worldwide, or about 4 percent of its workforce, which is tied to the recent restructuring of its ownership in Dow Corning. 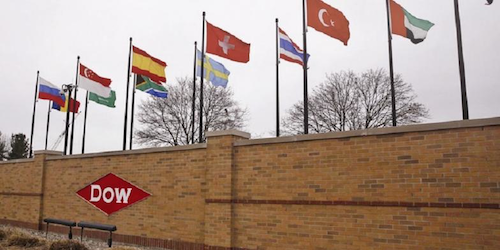 NEW YORK (AP) — Dow Chemical says it will eliminate about 2,500 jobs worldwide, or about 4 percent of its workforce, which is tied to the recent restructuring of its ownership in Dow Corning.

Dow Chemical announced earlier this month that it was now the sole owner of Dow Corning's silicones unit, which had previously been equally owned by Dow Chemical and Corning Inc.

Dow Chemical Co. said Tuesday that it will shutter silicone manufacturing plants in Greensboro, North Carolina and Yamakita, Japan. The Midland, Michigan-based company is also looking to close some administrative, corporate and manufacturing facilities, but did not give further details on their locations.

Dow Chemical now anticipates annual cost savings for the transaction to be $400 million, up from its prior estimate of $300 million.

Dow Chemical and Wilmington, Delaware-based DuPont plan to hold separate shareholder meetings on July 20 to vote on their merger.