Economic Policy Institute's senior economist says that more than half of the 2 million lost jobs were in manufacturing, with losses in all 50 states. 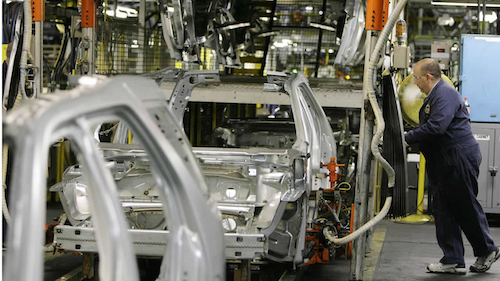 Economic Policy Institute Senior Economist Robert E. Scott finds that trade deficits between the United States and the 11 other countries in the proposed Trans-Pacific Partnership (TPP) cost 2 million U.S. jobs in 2015, more than half of which were in manufacturing.

“The United States should insist that currency manipulation be directly addressed in the core of the TPP agreement,” said Scott. “We can’t afford a trade agreement that would weaken demand and cause more Americans to lose their jobs.”

Every state, and all but two congressional districts, experienced job losses due to trade deficits with TPP countries in 2015. Seven of the 10 states with the highest losses as a share of total employment were in the Midwest or Southeast, in states where manufacturing predominates — especially of motor vehicles and parts. Michigan’s 11th congressional district was the hardest hit district in the country, losing 26,200 jobs, or 7.66 percent of total employment.

The 2 million jobs lost included 418,900 direct jobs in commodity and manufacturing industries that competed with unfairly traded goods from TPP member countries, 847,200 indirect jobs in supplier industries, and an additional 759,700 “respending” jobs (jobs that would have been supported by the wages of workers who would have had jobs were trade with the TPP member countries balanced).