State: Late Payments Being Made To Workers At Solar Project

State officials say $82 million in late payments are being made to contractors who had to lay off scores of construction workers at Gov. Andrew Cuomo's signature economic development project in Buffalo. 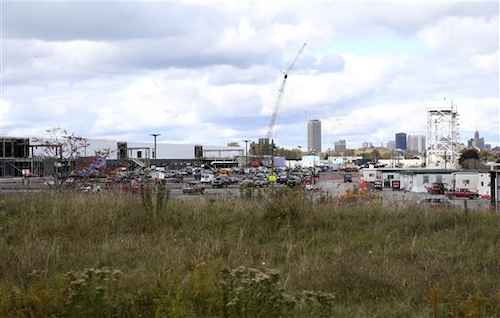 BUFFALO, N.Y. (AP) — State officials say $82 million in late payments are being made to contractors who had to lay off scores of construction workers at Gov. Andrew Cuomo's signature economic development project in Buffalo.

Empire State Development and the State University of New York Polytechnic Institute announced Monday night that the payments for the SolarCity project will be disbursed as soon as Tuesday.

Union officials said contractors owed money from the state issued layoff notices last week to about 200 carpenters and other tradesmen working at the future home of a $750 million solar panel manufacturing. About 60 members of the carpenters union local were back on the job Monday.

The state says the project is scheduled to open on time and on schedule in 2017.