Jobless Rate Raises Question: How Much Better Can It Get?

The U.S. economy is benefiting from steady growth around the world, with Europe and Japan perking up and China's economy stabilizing. 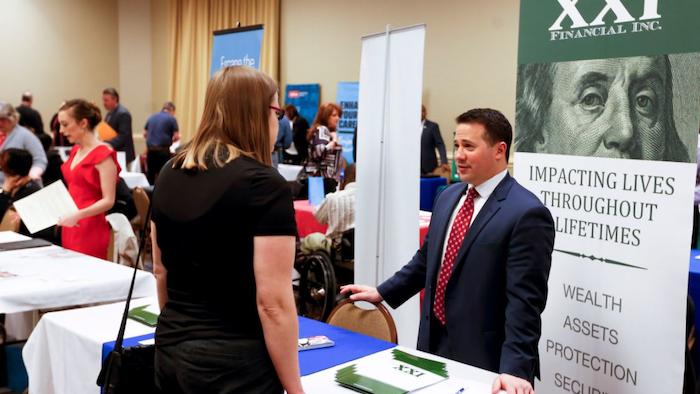 A drop in the unemployment rate to a 16-year low raises a tantalizing question about the job market: How much better can it get?

Earlier this year, economists worried that the low unemployment rate meant businesses would struggle to find workers and that would drag down the pace of hiring. Those fears were heightened by a tiny job gain in March and modest hiring in May.

Yet Friday's jobs report suggests such concerns are premature. Employers added 209,000 jobs, after a solid gain of 231,000 in June, the Labor Department said. The unemployment rate ticked down to 4.3 percent, from 4.4 percent, matching the low reached in May.

The U.S. economy is benefiting from steady growth around the world, with Europe and Japan perking up and China's economy stabilizing. Corporate revenue and profits are growing too, and the stock market has hit record highs.

Economists were particularly encouraged by the fact that more Americans are coming off the sidelines and finding jobs. For the first few years after the recession, many of the unemployed stopped looking for work.

Some were discouraged by the lack of available jobs. Others returned to school or stayed home to take care of family. The government doesn't count those out of work as unemployed unless they are actively searching for jobs.

That trend began to reverse last year and has continued into 2017. To many economists, that means robust hiring could continue for many more months, or even years.

"There's more people willing to work than the unemployment rate would have you believe," said Nick Bunker, a senior policy analyst at the Washington Center for Equitable Growth, a liberal think tank.

President Donald Trump celebrated the data in a tweet shortly after the numbers were released. "Excellent Jobs Numbers," he wrote, "and I have only just begun."

Trump technically tweeted too early: His comment was posted at 8:45 a.m., just 15 minutes after the report was released. Federal rules specify that White House officials should wait for an hour before publicly commenting. The rule is intended to allow the data to be released without political spin.

The steady hiring is adding up. In July, the proportion of Americans aged 25 through 54 who had a job or were looking for one rose to 81.8 percent, up a half-percentage point from a year earlier and the highest since December 2010.

Economists focus on that age group because it filters out the impact of retirements by the huge baby boomer generation and excludes younger workers who are more likely to be in school.

That means more Americans are optimistic about the job market and launching job searches. But that proportion is still substantially lower than the all-time peak of 84.6 percent, reached in January 1999.

The unemployment rate fell to a three-decade low of 3.9 percent the following year, in April 2000. That represented the best of all worlds: A low unemployment rate with a lot of people working or looking for work.

Economists doubt the jobless rate can fall that low again without touching off inflation, as employers are forced to offer higher pay to attract workers from a dwindling supply of unemployed. That, in fact, is why the Federal Reserve has raised short-term interest rates three times in the past seven months, which they hope will forestall future price increases.

But many economists worried that the ultra-low unemployment rate in 2000 would touch off inflation, and it did not. The economy at that time benefited from much higher rates of productivity growth, which allowed employers to raise pay and hire more without having to lift prices.

Based on historical trends, the share of working-age Americans who either have jobs or are looking for one could rise another 0.7 percentage points. That would create 1.8 million more jobs, according to Andrew Sojourner, an economist at the University of Minnesota.

Robert Maynard, CEO of Famous Toastery, a 22-restaurant chain based in Charlotte, North Carolina, is still looking to hire. He plans to add 10 more restaurants later this year, which should create about 250 full-time jobs.

At the same time, he said, other restaurants are also expanding and some are even peeling away his employees by offering higher pay. He's responded by boosting wages 10 to 15 percent.

"We're fighting to get the best workers," he said.

Restaurants and bars added a massive 53,100 jobs in July, roughly a quarter of all the job gains that month. And restaurant employees are seeing their pay rise faster than other workers. Average hourly pay in the industry jumped 4.7 percent in June from the previous year, the latest data available.

That compares to just 2.5 percent for all workers. Sluggish wage growth has been a persistent weak spot in the recovery. Wage gains are typically closer to 4 percent a year with the unemployment rate this low.

Some economists think it may be harder to pull many more workers off the sidelines.

A large proportion of those who aren't looking for work say they are disabled or ill. Some research indicates many are addicted to painkillers, noted Jed Kolko, chief economist for Indeed, a job listings website.

"They're the kinds of reasons that might not be overcome with slightly higher wages," Kolko said. "It's really hard to know what it would take to get people who have left the labor force to come back."

And many economists argue that demographics will eventually limit how much more hiring can happen. The U.S. population is aging and population growth has slowed in the past two decades.

Hiring needs to stay healthy for people like Johnny Palmer, of Stone Mountain, Georgia. After a long stint out of work, he found a job in June at Northside Hospital in the Atlanta region, preparing meals for patients.